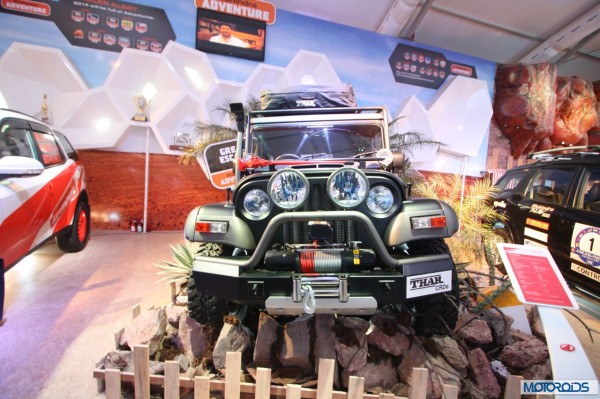 Mahindra showcased a fully kitted up version of its Thar off-roader at the 2014 Auto Expo. The done-up Thar looked extremely enticing for the hardcore off-road buffs. The specially skiited Thar, which Mahindra prefers calling the Thar Midnight Edition, had some really interesting gear on-board. 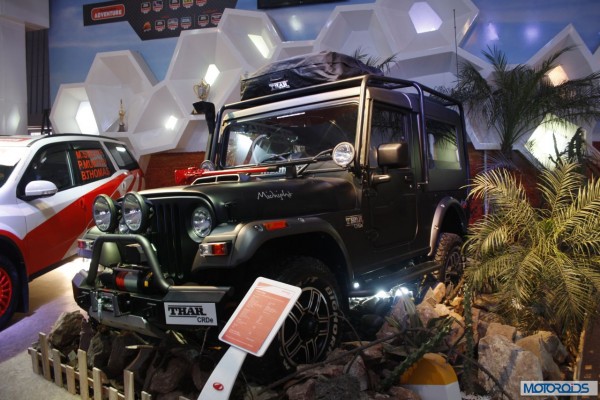 The Thar Midnight edition, finished in a special dark-matte colour features special off-road tyres. Built on the hard top version of the Thar, the Midnight edition also boasts some serious off-roading gear such as a snorkel for wading through deep water and a motorized winch. Additionally, the Thar midnight edition features a special bull-bar, additional headlights and a foldable tent on its roof. 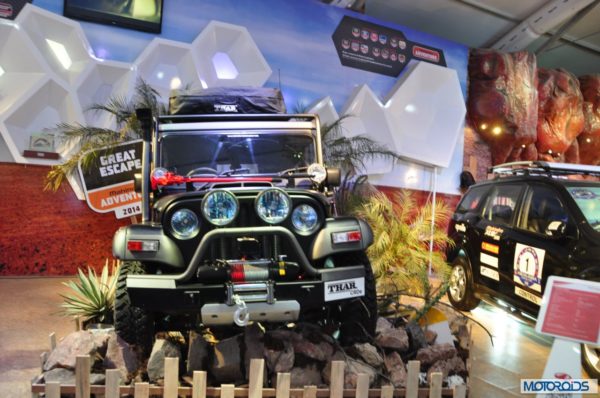 Other noticeable bits on the That Midnight edition include an air-scoop on the bonnet, an iron frame (external roll-cage) surrounding the top body, special treatment on the fenders and a Midnight badging.
Under the hood, the Thar gets a 2.5 liter CRDI engine with 105 bhp and 247 Nm on tap mated to five speed gearbox. The 4WD version of the off-roader gets a Borgwarener transfer case for uncompromised off-road capability.

Check out the images of the That Midnight edition below