The Mahindra S101 Compact SUV has been spied again. As the upcoming Compact SUV was travelling down the Chennai-Trichy highway, it was caught red handed by a keen eyed member of Team Fiat. 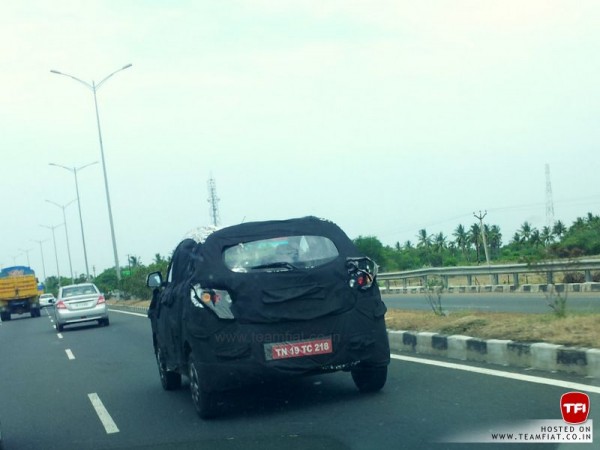 The region lies in close proximity to the R & D center of Mahindra which has been handed the responsibility of developing the S101. The Mahindra S101 will be the product aimed at taking down other competing compact SUVs like the Ford EcoSport and the Renault Duster. While the Compact SUV market has been a very lucrative one, Mahindra hasn’t been quick in tapping into it. As the sales figures of the company start slipping in a difficult environment, it looks to gain foothold in the compact SUV segment. If the Mahindra S101 clicks as a product, Mahindra will gain sufficient traction in sales volumes.

The S101 will be one of the smallest cars that Mahindra has ever built. The images clearly show the stunted size of the S101; it is below the length of 4 meters in order to take benefit of the small car excise duty cuts. The S101 will be based on a monocoque chassis, and it might possess a 3+3 seating arrangement based on that found on the Datsun Go. To make this possible, the gearbox lever will be mounted on the dashboard. 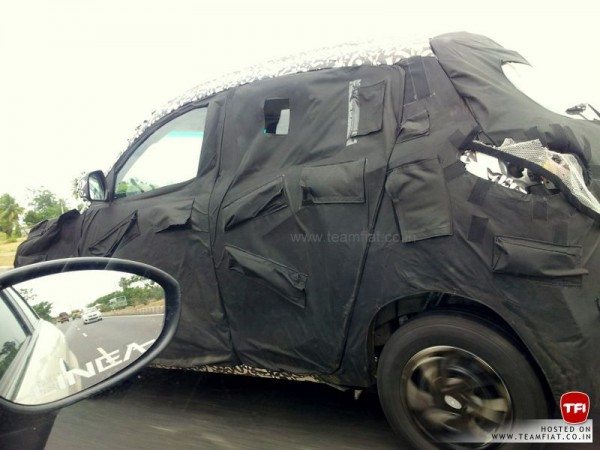 The Mahindra S101 will be powered by a new 1.2 liter petrol engine being jointly developed along with Ssangyong. On the diesel front, the choice will be a 1.5 liter diesel engine which also does dty on the Mahindra Quanto. A five-speed manual gearbox seems the most probable choice for the Mahindra S101. However, Mahindra could really surprise us with the choice of an Automated Manual Transmission on the S101. While the Quanto has been finding the going tough, Mahindra hopes the S101 will bring in better fortunes. It will be priced in the region of INR 5-7 lakhs.

In the hope of garnering more sales, Mahindra has started cozying up to bank employees. You can read our report here.