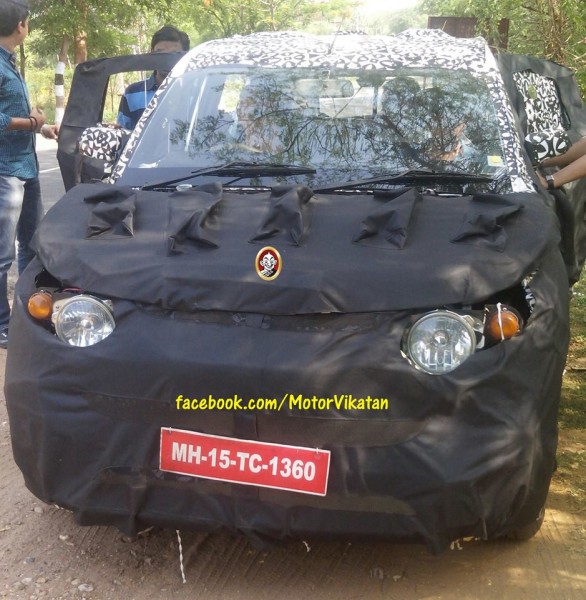 We reported in detail when it first emerged that the popular Indian UV maker Mahindra is relying on more than just the Quanto for challenging the Ford EcoSport compact SUV that is close to making its Indian debut. Now, what you see here are some spy pics of Mahindra’s EcoSport Challenger (codename: S101). 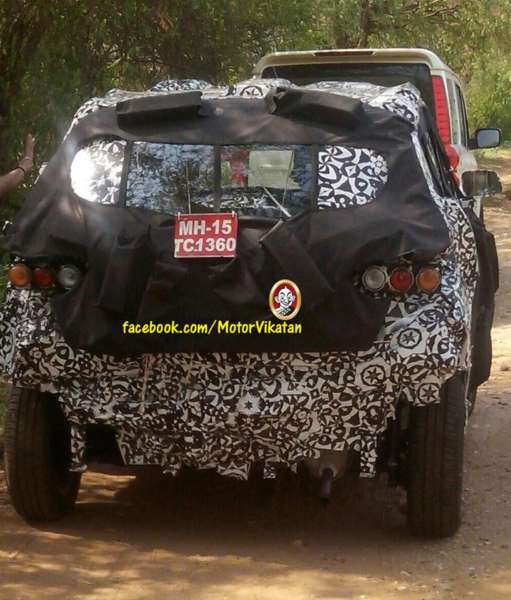 Not much is known about the S101 but we can tell by having a look at the picture that the car is in early stages of development and won’t be launched before 2014-end/2015. There is a good probability that the car will offer engines displacing less than 1.5 litres and the Quanto’s 1.5litres, three-cylinder, twin turbo engine might be one of the motors that would head to the S101. However, safely expect Mahindra to re-tune the 3 pot oil burner to offer more in terms of performance and refinement. The S101’s diesel engine might have an ARAI certified mileage of as much as 23 kmpl. 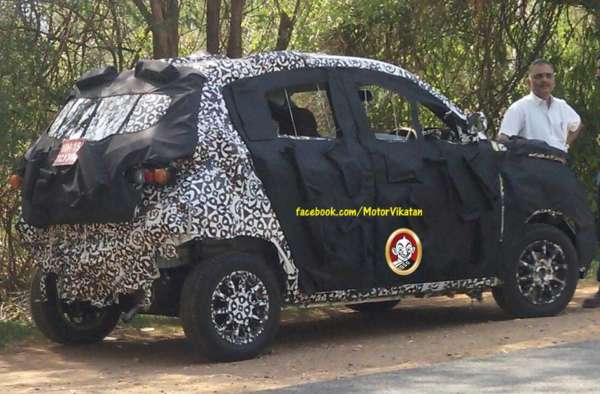 The S101 is smaller than the Quanto and hence, might be a strict five seater. Also, don’t be too surprised if the S101 offers an Automatic transmission for the diesel engine variant. It may be noted that Mahindra & Mahindra has been coming out with ‘segment-firsts’ since some time now (Read: Micro hybrid, twin turbo diesel engine, et al). 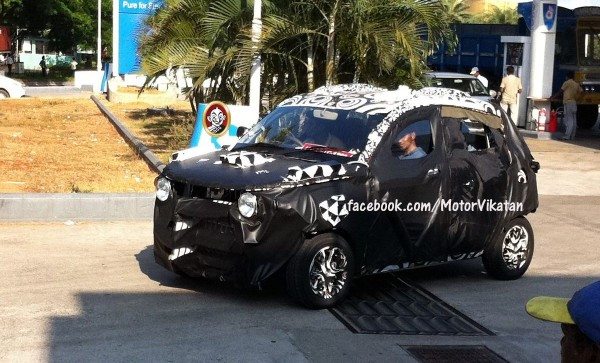 This means that the S101 has enough probability of coming with a smaller version of the XUVs audio-visual-navigation package, auto climate control, steering mounted buttons for infotainment system and safety features like ABS, EBD, 4 airbags and ESP. The S101 will become the second monocoque with transverse layout from Mahindra & Mahindra. 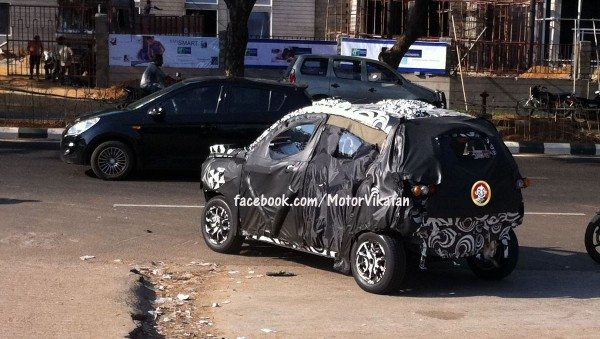