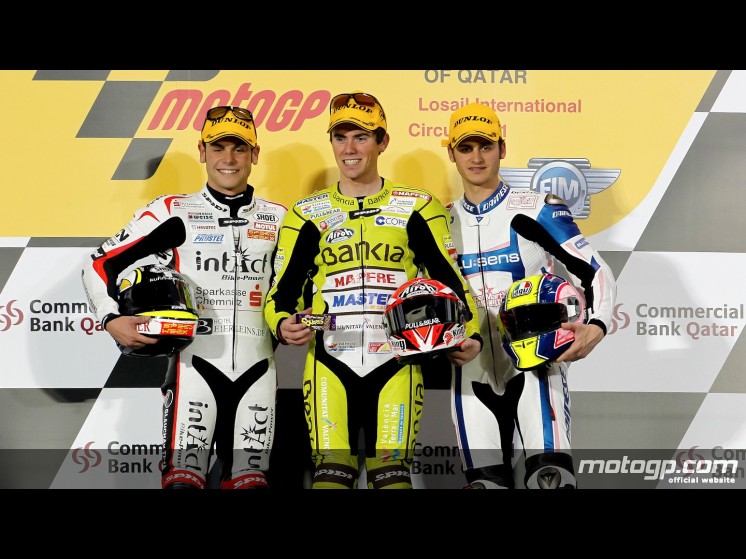 Mahindra Racing managed to do a decent job in their debut MotoGP race. Team’s lead racer Danny Webb managed to finish in the 16th position, climbing up 5 places after starting off from the 21st position. His team mat Marcel Schrotter finished 21st. As the season progresses, we expect the team to improve its performance by enhancing its knowledge base from the race learnings.

In the 125cc class, Aprilia continued its dominance with a 1,2,3 result. Nicolas Terol, Sandro Cortese, Sergio Gadea, all three from Aprilia completed the podium.