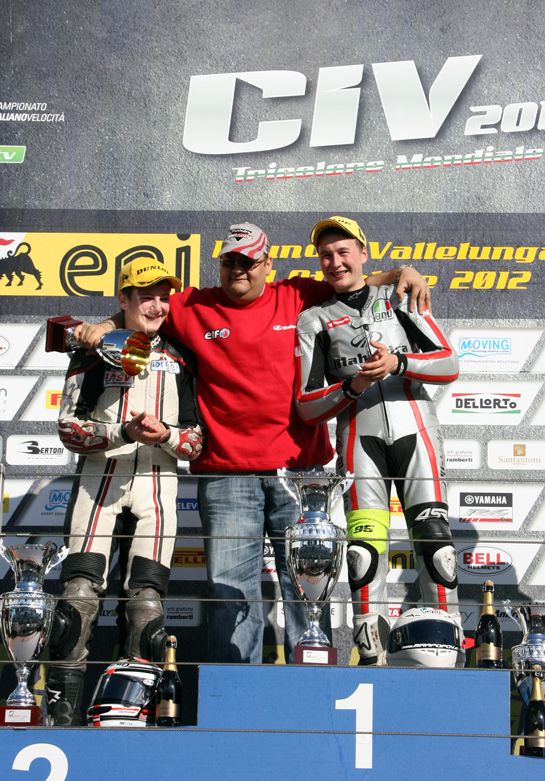 Mahindra Racing – the first and still the only Indian company to enter the world of motorcycle grand prix racing – created history by winning the prestigious ‘Constructors Title’ in the 125GP class at the Italian National Motorcycle Racing Championship (CIV) in Italy. The exciting final race of the 2012 season concluded at the Vallelunga Circuit today.

The team won the premier title armed with two young but very promising and talented riders – 17 year old Miroslav Popov and the Austrian teenager Lukas Trautmann. Bringing to the fore a phenomenal performance, Miroslav Popov ended the season in style and brought about a stunning finish for 1st place. Displaying great skill on the track, the team’s second rider Lukas Trautmann, put in yet another impressive performance to finish 2nd in the 16 lap race

Commenting on his performance in the race, Popov said, “I feel very content to have finished the season on a winning note. There were moments that were challenging but we worked hard, beat the odds and have come out victorious. We are working together very well as a team and I couldn’t have hoped for a better result than this. The credit for our victory goes to the team.” 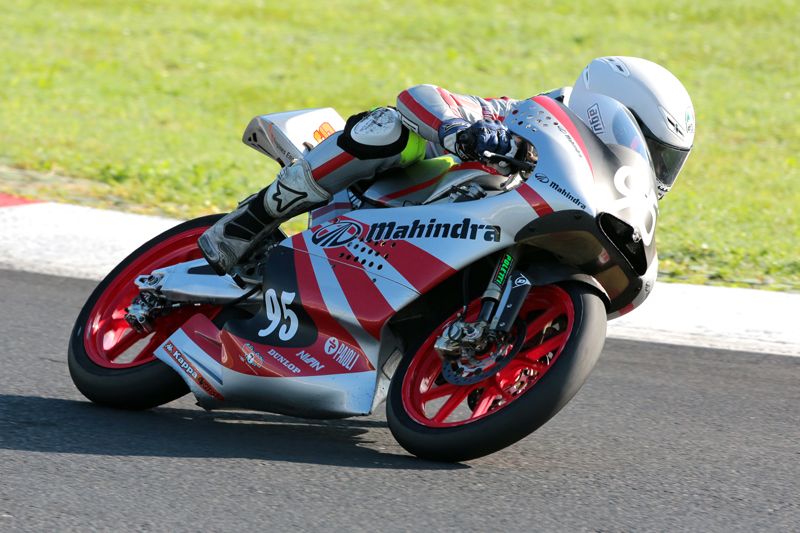 Lukas Trautmann said, “I am happy with the results of the race and am gaining more and more confidence after each outing. I thank the team and Mahindra. The future looks promising and I am glad to be racing for Mahindra Racing.” 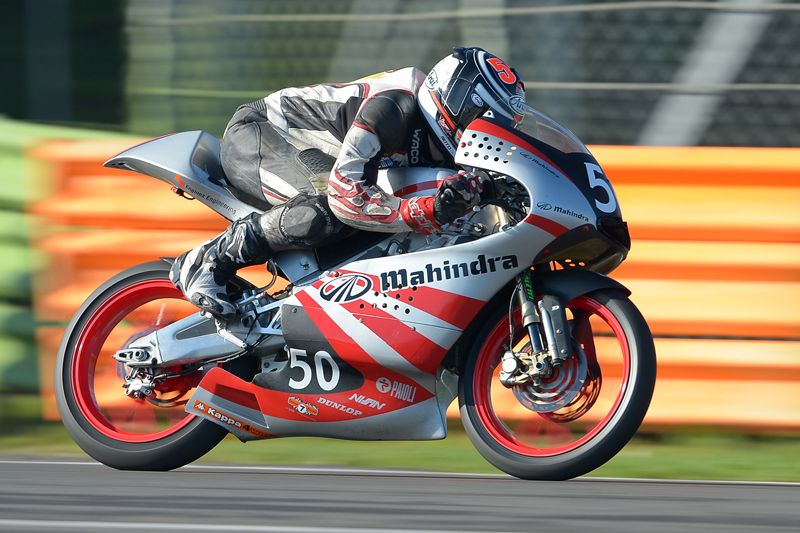 After making its CIV debut in 2012, Mahindra Racing became the first from India to win an international motorsport event when Moretti took the chequered flag at the season-opening race in Mugello, Italy on 25th March this year. The team won 6 out of the 8 races in the championship with 3 spectacular double podiums.

Mr. Mufaddal Choonia, CEO of Mahindra Racing said, “Winning a highly competitive event like the Italian National Motorcycle Racing Championship is a historic achievement for Mahindra Racing and Indian motorsport. We competed against the best in the world with a pair of young and energetic riders and our victory marks a big step forward for the team. The year wasn’t all easy but we remained determined and committed and are thrilled with the results.”