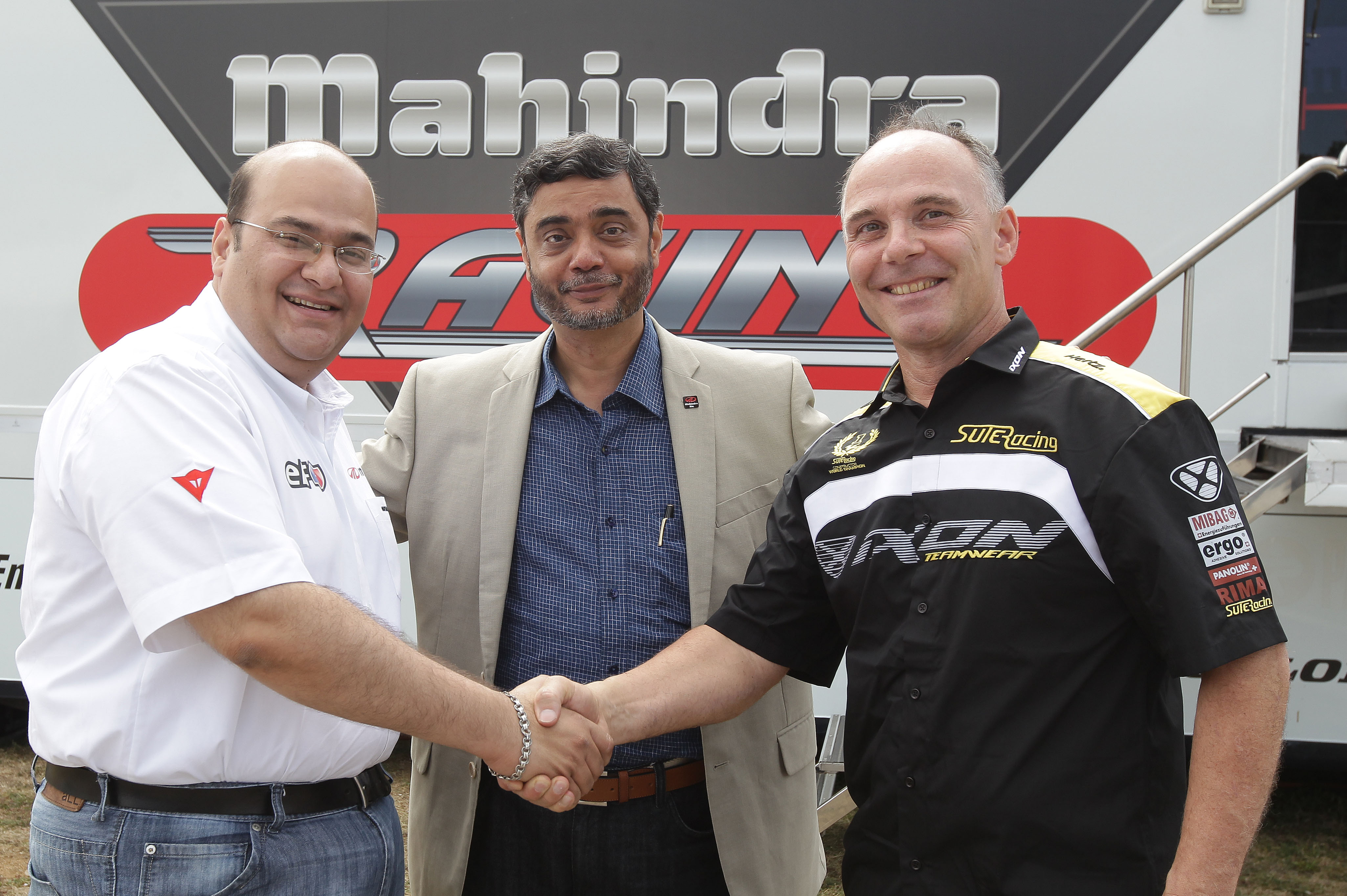 Mahindra entered the MotoGP™ series in 2010 and put in a creditable performance in the outgoing 125cc two-stroke class. The switch to the four-stroke, 250cc single-cylinder Moto3 class for 2012, however, has seen the team struggle with engine performance despite the Mahindra MGP-30 having a sweet-handling chassis.

With the majority of the field using proprietary production-racing engines from established factories, Mahindra, an important manufacturer of two wheelers in its domestic market, believes that developing its own technology will be more valuable.  To this end, Mahindra’s engineers will work closely with Suter to develop a new chassis and engine.

“We have said this before and we reiterate that Mahindra is committed to succeeding in MotoGP. We conducted a 360 degree review of the Mahindra Racing operations to evaluate and conclude on strategic initiatives needed for future” explained Mr S.P. Shukla, Mahindra’s President of Group Strategy and Member of the Group Executive Board, at the Czech Republic Grand Prix at Brno. “We have been impressed by Suter Racing Technology – its track record, facilities and expertise and its Moto3 bike design. We were also impressed that Suter shares many of Mahindra’s attributes and values and is excited about this partnership”

Eskil Suter, CEO of Suter Racing Technology AG, added: “It is very motivating for us to be working with Mahindra Racing. With such an important global group behind the team it has huge potential and when you see a Moto3 team with over 340,000 fans on Facebook, more than any MotoGP team, you know this is serious. Mahindra’s presence in MotoGP is important for the future of the sport and I am proud that our company has been chosen to help them achieve their goals.”

“We shall continue to keep pushing for results right up until the last race at Valencia,” explained Mahindra Racing CEO Mufaddal Choonia. “We will continue to learn from our experience in 2012 and all the data we gather will be useful for the future. We shall keep working to improve the 2012 engine and are looking forward to several scheduled updates. At the same time, I am very excited about our new partnership with Suter and looking forward to working closely with Eskil and his engineers.”