Home News Mahindra Quanto may get the 2.2 liter mHawk engine, 4×4 in due course 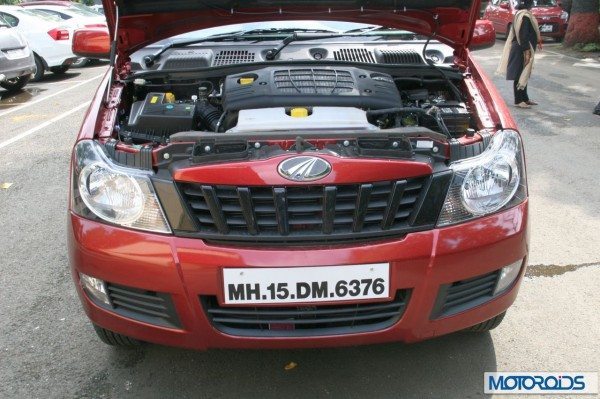 Mahindra Quanto may be offered with the 2.2 liter mHawk engine in future. Mahindra and Mahindra officials, while responding to a question about the possibility of a 4×4 on the Quanto in near future responded by saying that ‘It’s possible with a different engine’. They later clarified that the engine in question is the 2.2 liter mHawk power plant with 120 bhp and 290 Nm of torque. This variant of the Quanto would be developed primarily for the export market where the requirements of the customers and more importantly the excise duty rules are different from those in India. While this high powered variant would be meant only for the export markets initially, the officials did not entirely deny the possibility of the variant being sold in India based on demand.

The Quanto’s 1.5 liter mCR100 diesel engine is actually derived from the mHawk engine only with a cylinder taken off. The 1.5 liter diesel engine cap, along with a sub-4 meter length helped Mahindra to keep the costs at bay and price the new vehicle aggressively. As regards 4×4, the Quanto, in its mHawk powered guise may adopt the 4WD system employed in its Scorpio cousin.
Mahindra has been calling the Quanto a weekend getaway tool with go-anywhere capability. In that context, the vehicle has to offer a 4×4 system if it really wants to stand true to its claims. So does a Quanto with an mHawk engine and 4×4 make sense to you? If yes, how much extra over the current model do you think would be the right price for the product? Do let us know.