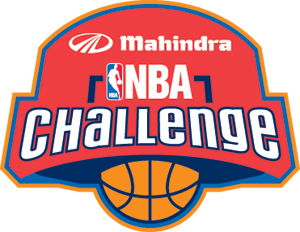 The National Basketball Association (NBA) and the Mahindra Group announced yesterday the ‘Mahindra NBA Challenge’ which is partnership between the two giants to launch a new multi city community based recreational basketball league. The new league for boys and girls of ages 14 and up will tip off in Bangalore, Ludhiana and Mumbai in collaboration with the Basketball Federation of India (BFI.) Mahindra will title this partnership of the new recreational league, which will run for seven weeks annually in two divisions: youth of ages between 14- 17 and for adults (18+).

The BFI will work with the NBA to implement and oversee league operations across all markets. The Mahindra NBA Challenge will provide basketball enthusiasts and newcomers to the game the opportunity to learn the fundamentals of the game and apply their skills in a fun, competitive environment. ”We are delighted to be partnering with the NBA to create a multi-city recreational league in India,” said Mr. Anand Mahindra, Vice Chairman and Managing Director, Mahindra Group. “In a cricket loving nation such as India, we feel it is important to encourage other sports as well and we believe basketball is perfectly suited to bring communities together and promote healthy, active lifestyles to Indian youth,” he added.

The Mahindra NBA Challenge will begin play on April 17 when participating teams tip off at the St Dominic Savio and Mustan YMCA courts in Mumbai.