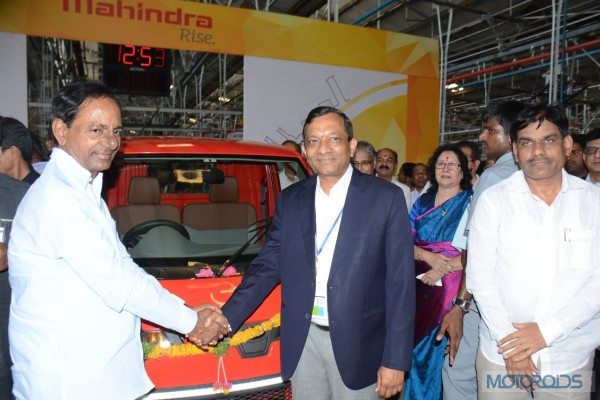 Mahindra & Mahindra inaugurated its extended automotive manufacturing facility in Zaheerabad, Telangana. The extended facility of the automotive plant was inaugurated by the Chief Minister of Telangana, K Chandrashekar Rao. This facility will be used to manufacture Mahindra’s new small commercial vehicle code named P601, which is scheduled to be launched in the first half of the current fiscal.

The extended manufacturing facility for the automotive plant has been set-up at an investment of approximately Rs. 250 crore and an installed capacity of 92,000 new vehicles per annum, which can be scaled up further to meet additional demand. This is in addition to the production capacity of 75,000 vehicles per annum from the already existing automotive manufacturing plant in Zaheerabad. 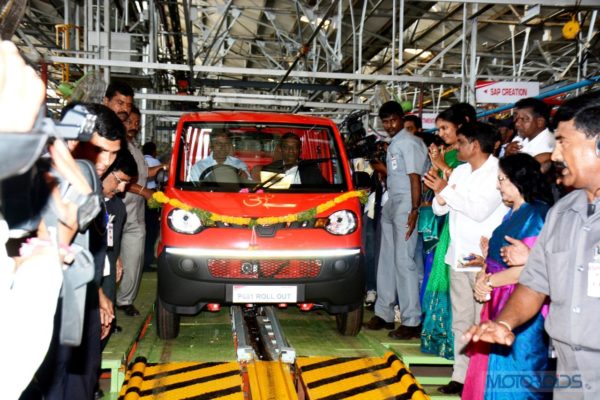 The automotive plant in Zaheerabad will manufacture sub one tone commercial vehicles which include 4 wheel load and passenger vehicles, in addition to the UVs, LCVs and 3 Wheelers, which are being currently manufactured. The expansion will provide additional direct and indirect employment, taking the total employment to 3,500 workers spread across the automotive and tractor plants.

Mahindra had earlier inaugurated its tractor plant in Zaheerabad in 2013. This plant has already reached a production volume of 3,500 tractors per month. Other than Zaheerabad, Mahindra has five more automotive manufacturing plants in Mumbai, Chakan, Nasik, Igatpuri and Haridwar and a full-fledged research and development centre, Mahindra Research Valley, for the design and development of both Automotive & Farm Equipment products.