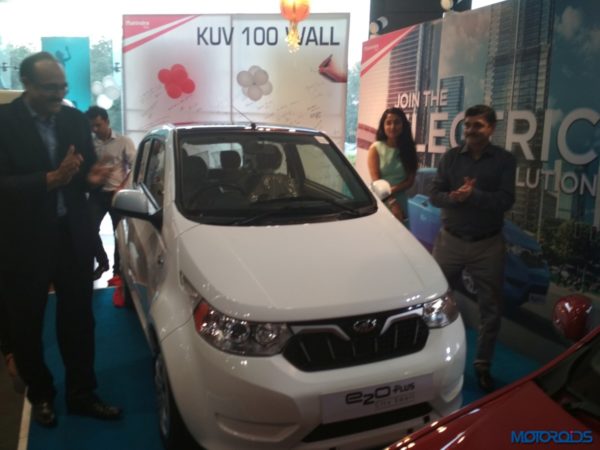 On a full charge, the e2oPlus can travel for up to 140 kms and can achieve a top speed of 85 kmph. Powered by an electric drive train technology from Mahindra Electric, the e2oPlus can cruise through city traffic. The tall-boy design and interiors make for a compact city car that can seat four adults.

At the core of the e2oPlus is a collection of features such as remote diagnostics through telematics, connectivity through smart phone app, new and advanced infotainment system, regenerative braking, Hill Hold control for easy driving in hilly terrains, REVive for reserve charge and automated messages amongst others.

Following are a few key features of e2oPlus:

Commenting on the launch, Mahesh Babu, CEO, Mahindra Electric said, “Mahindra strongly believes in sustainable mobility.  We are one of the firsts to invest in electric technology and being the pioneers we are committed to create cleaner and more sustainable mobility solutions. We are very happy to launch the e2oPlus in one of India’s most modern and upcoming IT hub. We believe that the people of Gurugram will appreciate the EV technology and its contribution towards a greener environment.”