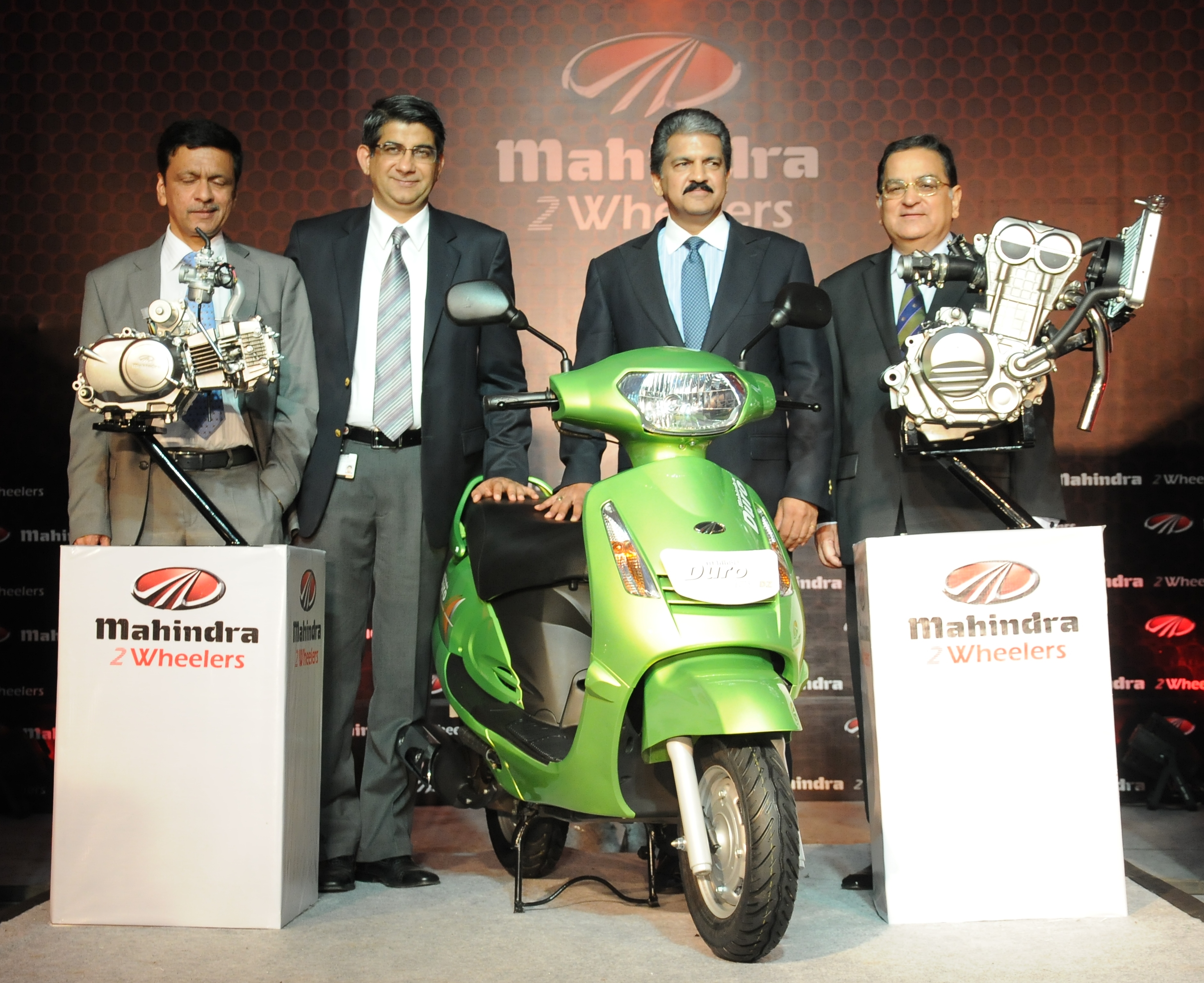 Mahindra 2 Wheelers, one of the newest entrants in fast growing Indian two wheeler market, recently formally inaugurated its new Research and Development (R&D) centre in Pune. The latest facility is the third largest of its kind in India and was inaugurated by Anand Mahindra, Vice Chairman and Managing Director, Mahindra Group.

The centre has been recognised by the Department of Science and Industrial Research (DSIR) and enables Mahindra Two Wheelers to undertake in-house design and engine technology development.

The company also unveiled two new engines developed at the new facility. The first is an indigenously developed and tested 110cc engine, while the second is a very promising 300cc cutting-edge liquid cooled engine.

“The new dedicated facility will enable us to harness the technology of the future to create tomorrow’s products. It will allow us to design in India, for the discerning Indian consumer. The Micro Hybrid technology developed for the new Duro DZ is a clear validation of the value it offers the business. In future, I am sure we will see this R&D facility emerge as a symbol of Indian ingenuity,” said Anand Mahindra.

“The Mahindra Two Wheelers R&D Centre will provide us with the dual benefits of indigenous design at lower costs and shortened product development lifecycles. These two tangible benefits, when coupled with a considerably shortened go-to-market strategy with newer and more technologically superior products, augurs well for the future of the business. I am also happy to announce that Mahindra Two Wheelers is set to launch three new motorcycles in this financial year. We are committed to our customers and will go to any length to ensure that they get truly world-class products, at competitive price points to drive on Indian roads,” said Anoop Mathur, President – Two Wheeler Sector.

An all new start–stop Duro DZ was unveiled at the event. The new variant of the scoot has Micro Hybrid technology which is ideal for urban areas. This technology helps conserve fuel when the scooter is idle, such as at a traffic signal, resulting in increased savings.

Commenting on the direct and indirect benefits of the new R&D center, PS Ashok, Head – Research and Development, Mahindra Two Wheelers said, “This multi-faceted R&D facility boasts of truly advanced facilities in the two wheeler industry in India including a Design Studio, Prototyping Center, Engine Development Center (EDC), CAE/CFD facility, Fatigue Test and Reliability Lab, and an Electrical and Electronics Lab, amongst others. The centre will develop prototypes and components from design through to production, which will then be transferred to the company’s brand new production lines at Mahindra Two Wheelers’ Pithampur plant.”