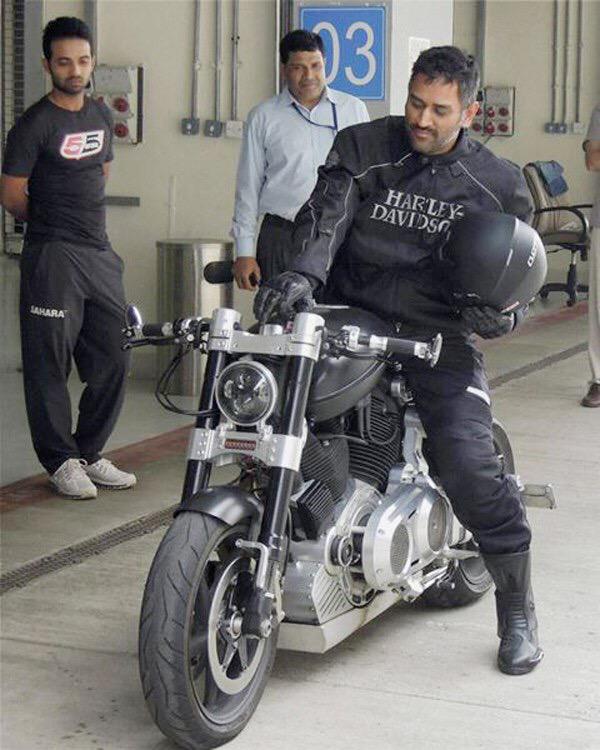 Indian cricketer Mahendra Singh Dhoni got into a friendly banter with England’s fast bowler Darren Gough when the latter made fun of the former Indian skipper’s Suzuki Shogun motorcycle. Mahindra Singh Dhoni posted a photograph of his two-stroke single-cylinder Japanese machine on his Twitter account when Gough posted an image of his black Ducati Diavel stating, “Not as good as this”.

Dhoni, like any other petrol head, was not going to let that go without an answer and replied to Gough’s tweet with a photograph of his exotic and limited edition motorcycle, the Confederate X132 Hellcat.

How many of u agree this was 1of the most exciting 2stroke single cylinder bikes to ride,need to restore mine quickly pic.twitter.com/pdRytfwnzx

The English bowler ran out of words and accepted his defeat:

Now Darren, that’s not a Harley-Davidson. Maybe it’s the jacket that caused the confusion. Do share your comments with us through the comments section below.