Home Features The M1insk TRX 300i- why not something like this for India?

M1nsk isn’t a familiar brand in the international motorcycle arena and most of its product lineup might be far cry from mass appeal, but the 63 year old Belarus based manufacturer’s recent product launch has got into making news. 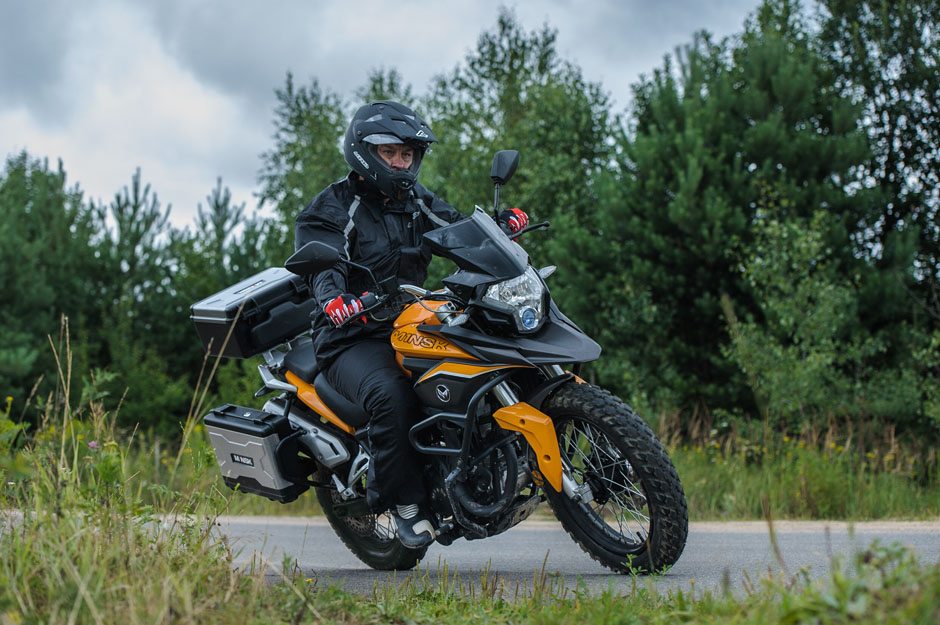 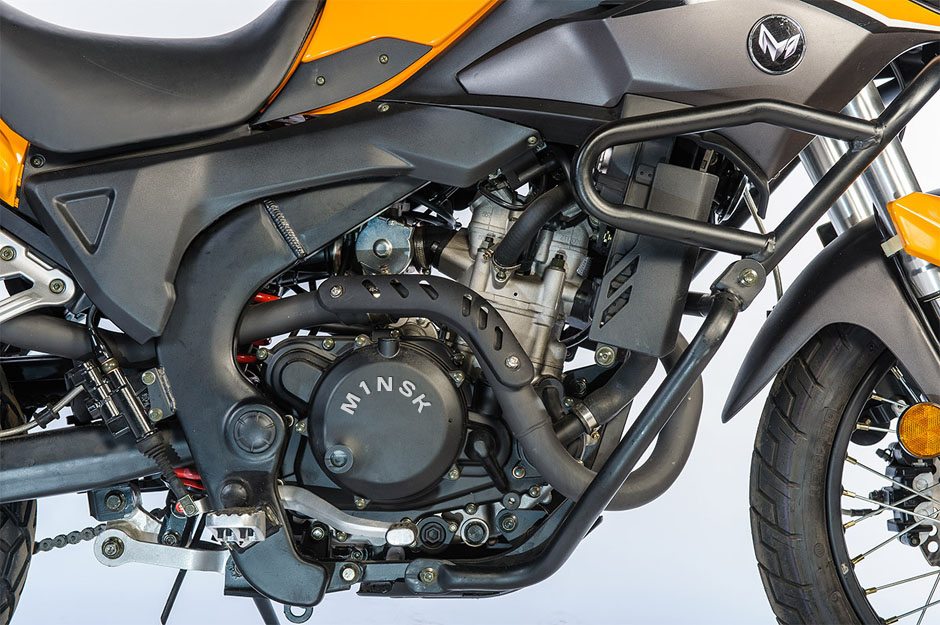 A liquid cooled 250cc single cylinder fuel injected motor churning out a respectable 26 bhp of power at 8000 rpm mated to a six speed gearbox. Suspended on inverted telescopic forks at the front and a linked monoshock at the rear, the spoked wheels of the M1insk TRX 300i sports rubber specs that read 100/90-18 at the front and 130/70-17 at the rear.

Deceleration and stopping duties on the 155 kgs motorcycle are handled by single disc braking system at the front and the rear. The icing on the cake is that M1insk is providing three hard panniers as standard with the TRX 300i. Pricing of the TRX 300i has been still kept under wraps, but still an alluring package, isn’t it? 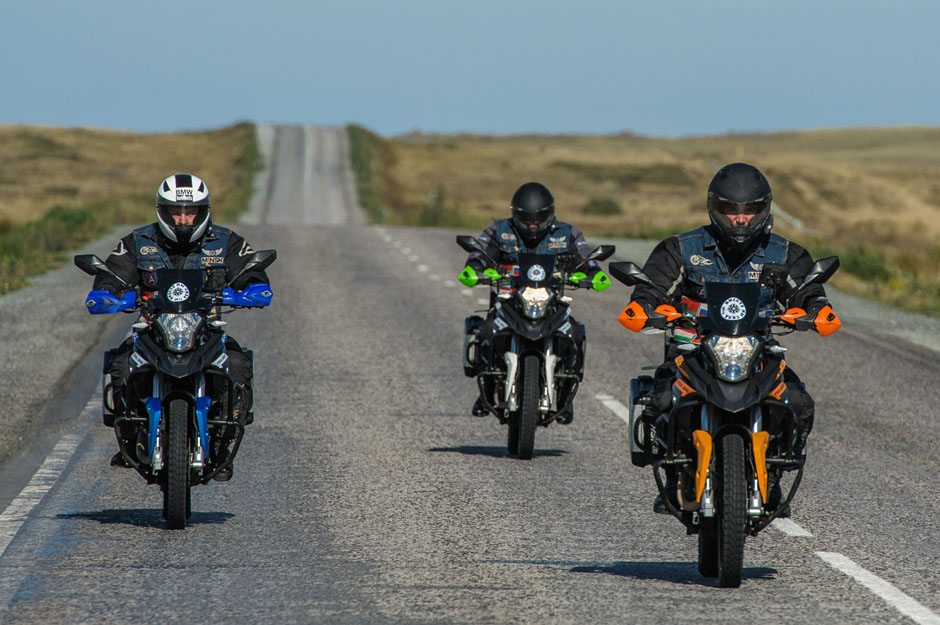 Now, we can’t help but diverting focus to this part of the world, where motorcycling has come of age. Just ten years back when making choices on bikes was majorly limited to the Pulsars, Karizmas and the Royal Enfields, today bikers have a longer list of bikes to choose from. But the touring segment is still unattended to a large extent.

One might look at bikes such as Karizmas, CBR250Rs and the Royal Enfields, but all these three come with their own set of limitations. Touring is just not about rolling miles on a flat blacktop, but broken and off-beat trails too. The plastics on the Karizma are too brittle to take on bad roads. The CBR250R would be a relentless highway runner but the ground clearance and the suspension isn’t suited to tackling bad roads on an extended stint. The Royal Enfields might have loads of torque, but then it seriously needs to shed weight and the bolted parts need to be more tightly held when taking on broken terrain. 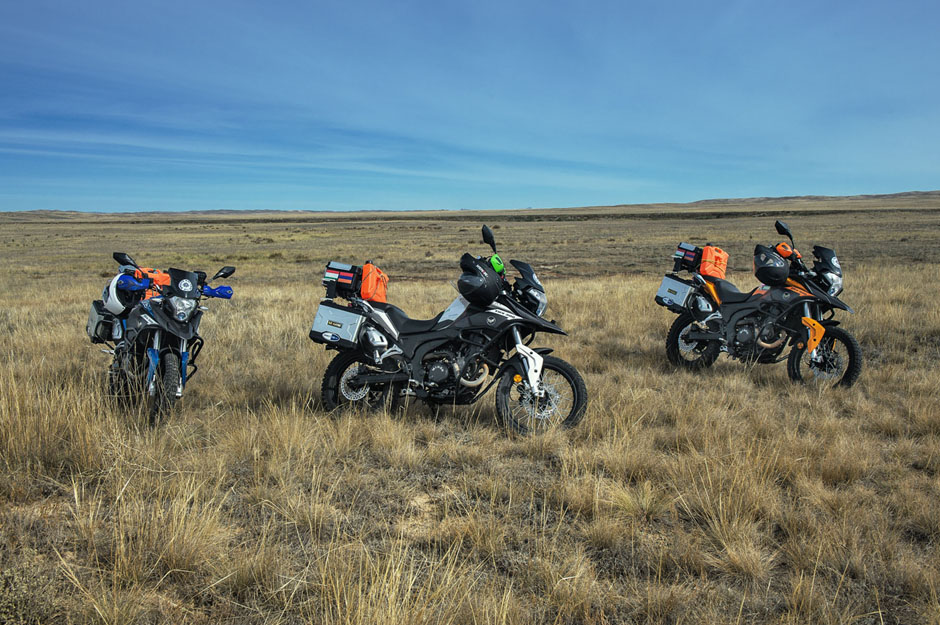 The M1insk TRX 300i certainly isn’t going to come to India, but we wish our manufacturers worked on similar lines to come up with a model such as this. The ZMR’s and the CBR250R’s engine looks perfect for the job- simply build a motorcycle around it. Cost-incrementing factors such as USD forks might be replaced by conventional telescopic suspension. And all this within a price of 2 lacs- seems legit? We feel, YES it is.

We’ve put up an IMAGE GALLERY on the next page, that would make your wish for such a motorcycle even stronger!