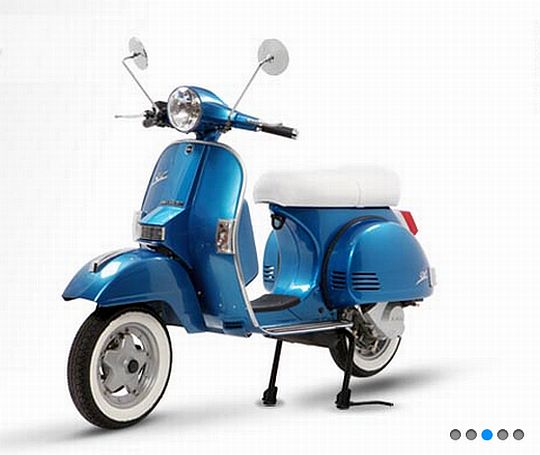 It has emerged that Uttar Pradesh based two wheelers manufacturer Lohia Machinery Limited aka LML, which once enjoyed a considerable popularity in Indian two wheelers market, plans to foray into Maharashtra and Gujarat.

LML will enter these markets with new products that would include a scooter and a commuter motorcycle.

The first product to come from LML will be the Star 4T automatic scooter that it already exports to some countries. The second product, which will be the Freedom 110cc commuter motorcycle, will be launched some time later. Both the new products will also be sold in Chandigarh, Punjab, Goa, Maharashtra, Gujarat and the NCR region, where the bike maker already has a sales network.

Regulars here would remember that we reported in detail when LML advertised the Star 4T automatic scooter during a cricket match in India. Now, Partha Sen Chowdhury, head of sales and marketing, LML has officially confirmed that the bike maker plans to pull up its socks in the Indian market. It may be noted that there was a time when the LML Freedom 110 used to be among the best selling motorcycles in India. The relaunch of the Freedom brand might bring in considerable sales to the once popular bike maker.

LML might also be seen launching a new motorcycle in the 125-150cc category. Notably, LML used to sell Beamer and Graptor 150cc motorcycles in India. However, these bikes couldn’t do half as good as the Pulsar 150. The Adreno, which is the first bike in India with a quarter fairing, was the result of collaboration between LML and South Korean two wheeler maker Daelim.