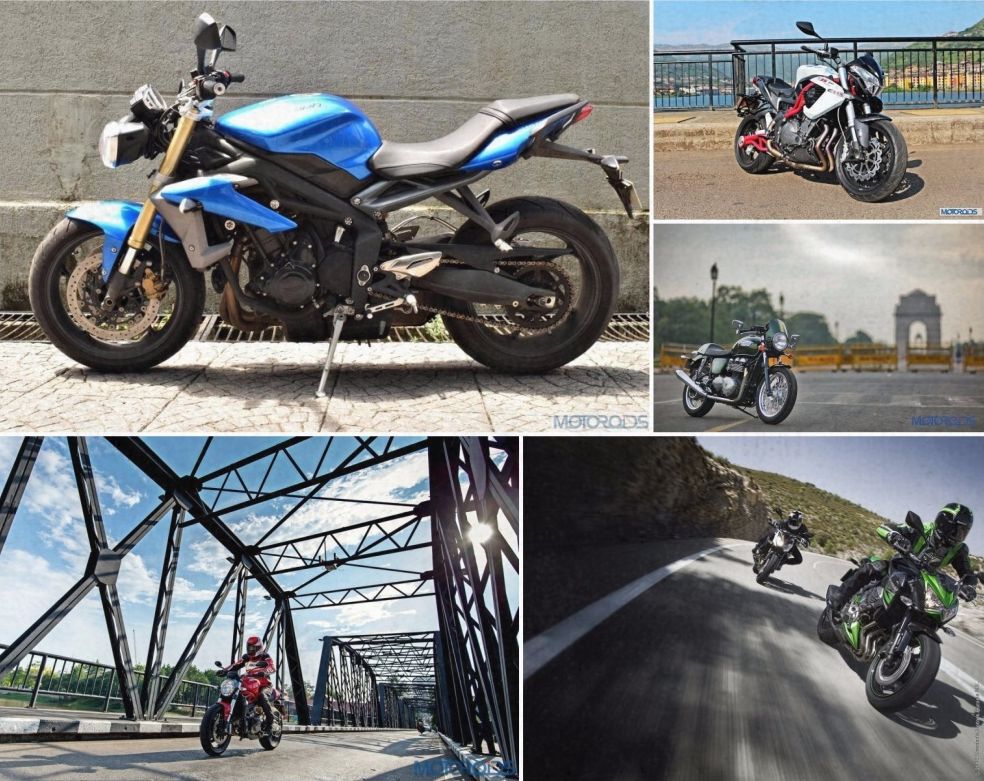 You probably have spent over a year enjoying your entry-level performance motorcycle, squeezing out every bit of performance the machine had to offer. But now that small machine is finding it difficult to quench your thirst for performance and it’s probably time for you to upgrade your ride, probably to the middle-weight segment, slowly but gradually graduating up the horsepower ladder, without burning a huge hole in your pocket. So we compiled a list of motorcycles that are priced below INR 10 lakh (ex-showroom Delhi) for you to select from for your next ride. 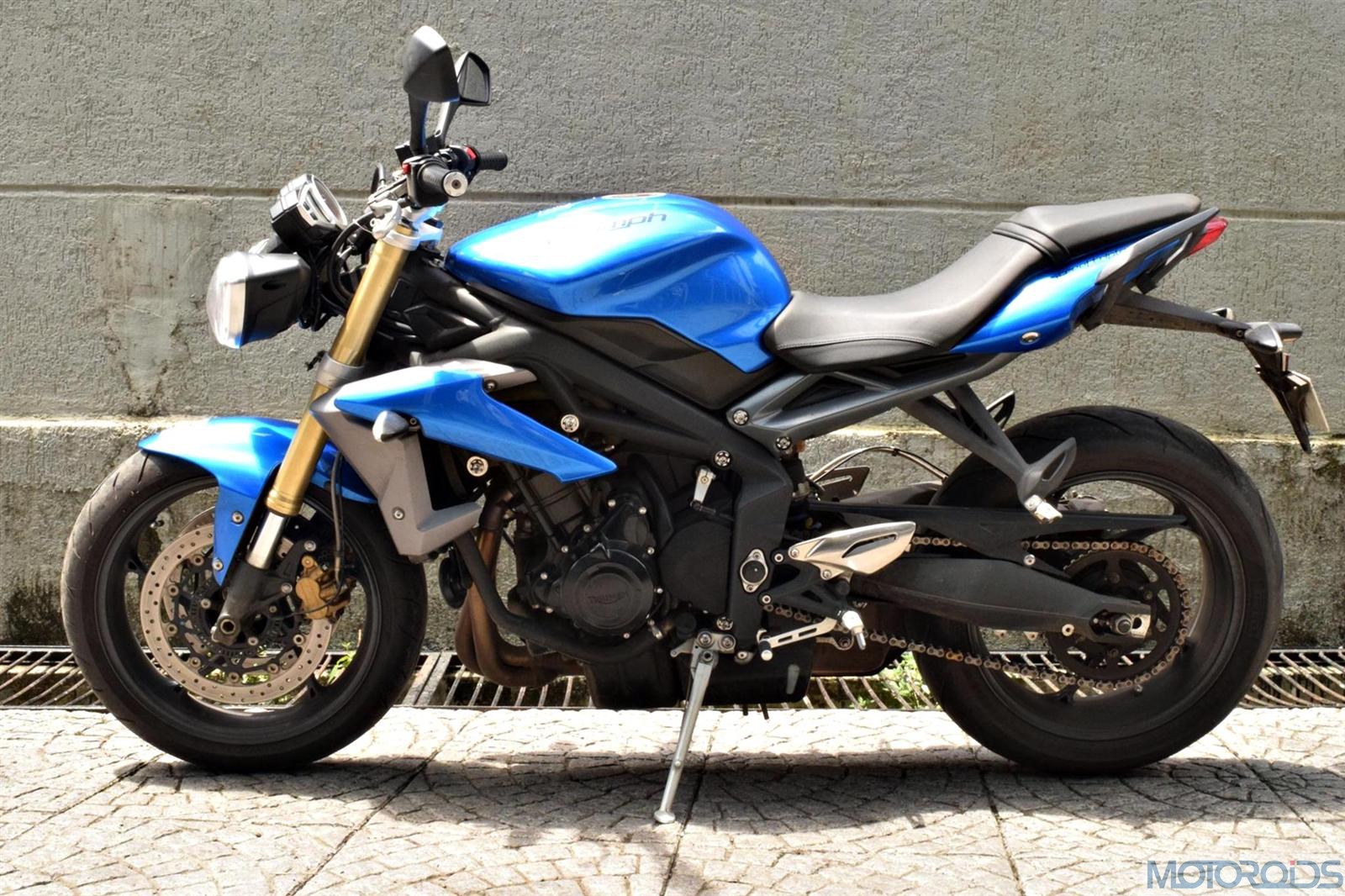 Probably the best motorcycle in the middle-weight segment at that price point, the Triumph Street Triple is one machine that will put a wide smile on your face. The Triumph Street Triple is a proper hooligan in disguise. It’s a simple looking streetbike, lacking the flamboyance of most of its competitors, but get astride this British horse and your perception will change forever. It’s compact, agile and does everything to perfection to make you feel like a demigod on tarmac. The engine on the India-spec model is slightly de-tuned from its international variant but it’s still a fun motorcycle to ride. 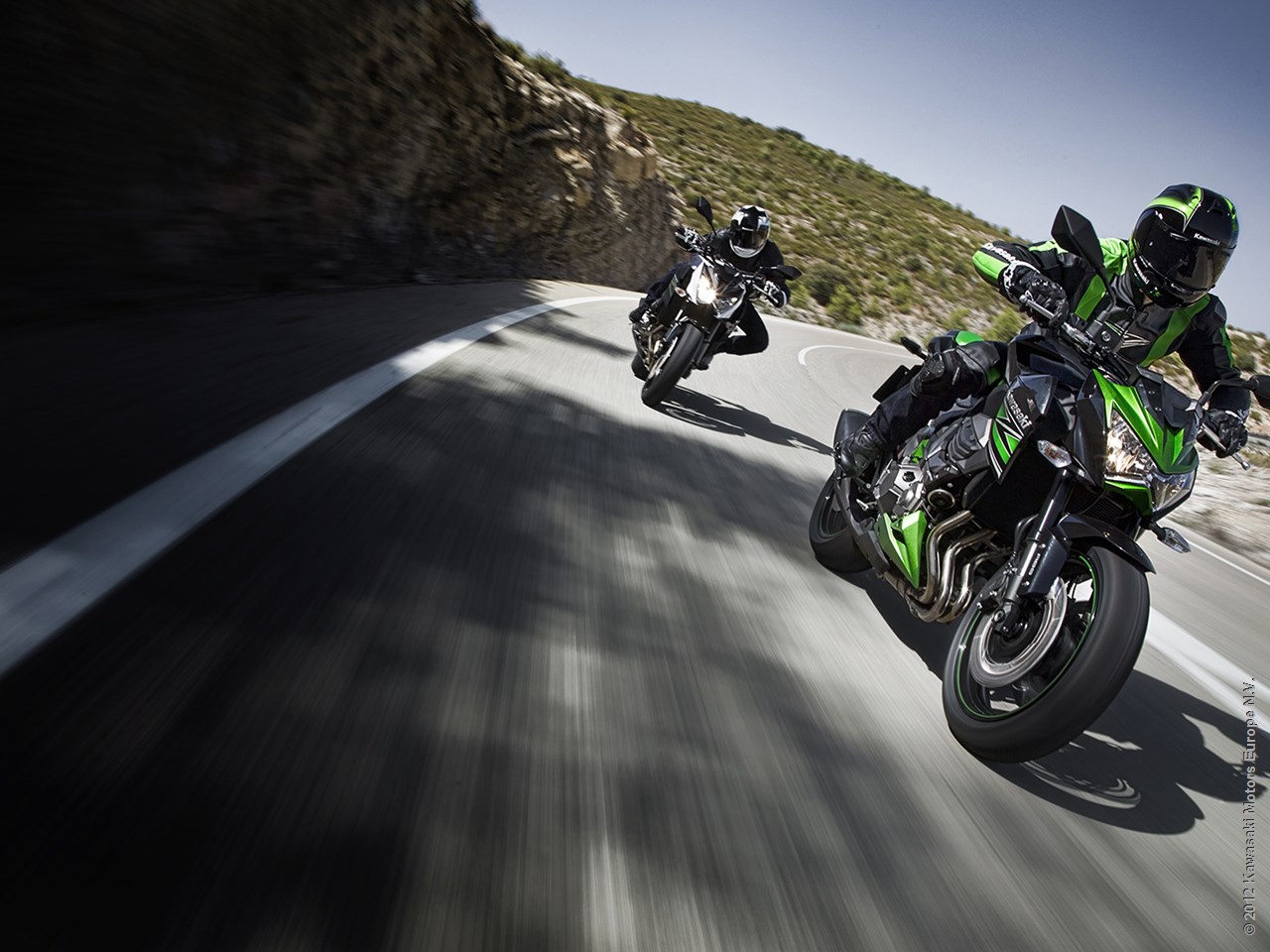 The successor to one of Kawasaki’s best selling motorcycle, Z750, the Japanese two-wheeler maker revealed the new Z800 back in 2012. The Z800, with its 806cc engine dishes out a yummy 111 bhp of power and 83 Nm of torque. The engine is mated to a 6-speed transmission, with short final gearing. With its larger displacement, the Z800 engine is claimed to offer better performance across the rev range, with sharper focus on lower to mid revs. 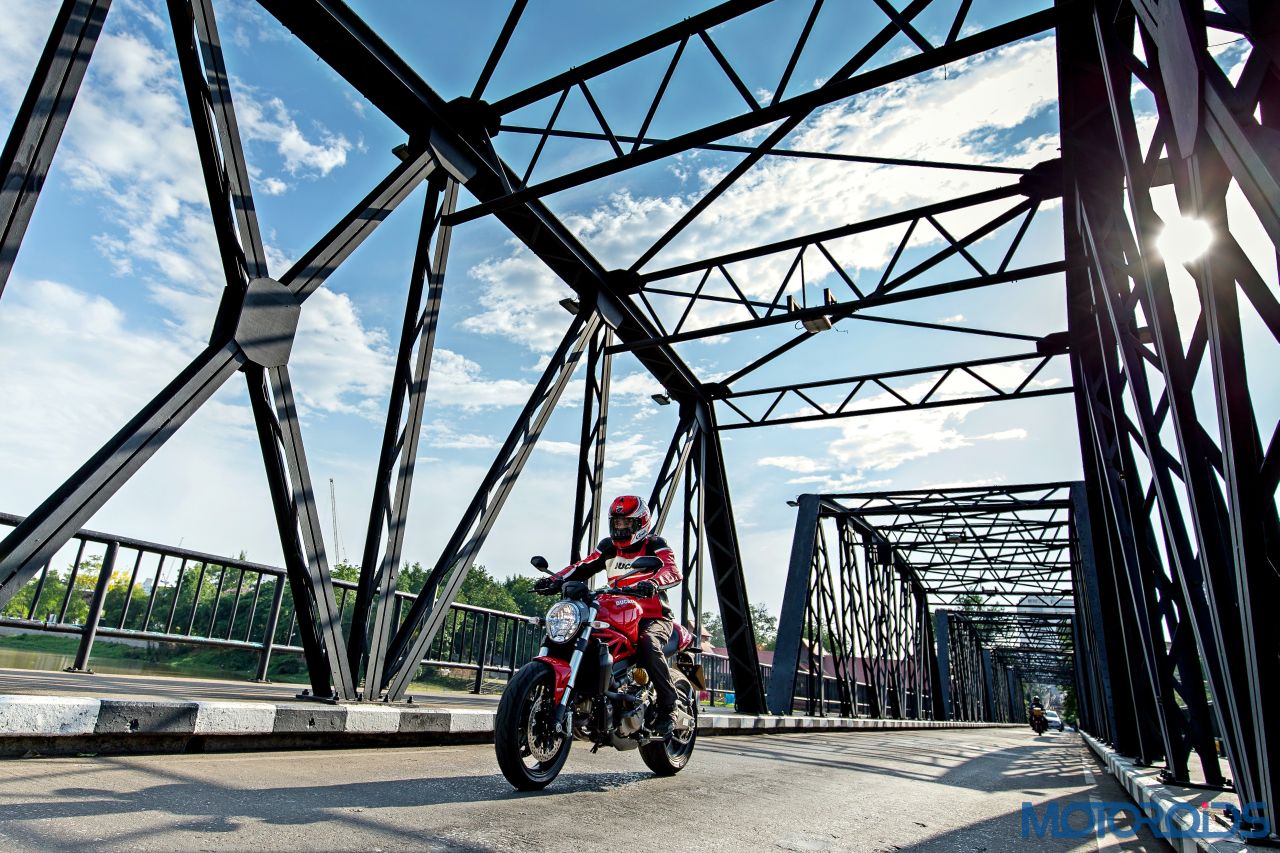 Ducati pulled the plug from the Monster 796, so the Monster 821 is essentially its successor aimed for developing markets such as ours. It comes equipped with some serious fire power along with a slew of advance technologies. The Monster, essentially is an enabler for prospective buyers to enter the world of  true-blue Ducatis without having to rob a bank. 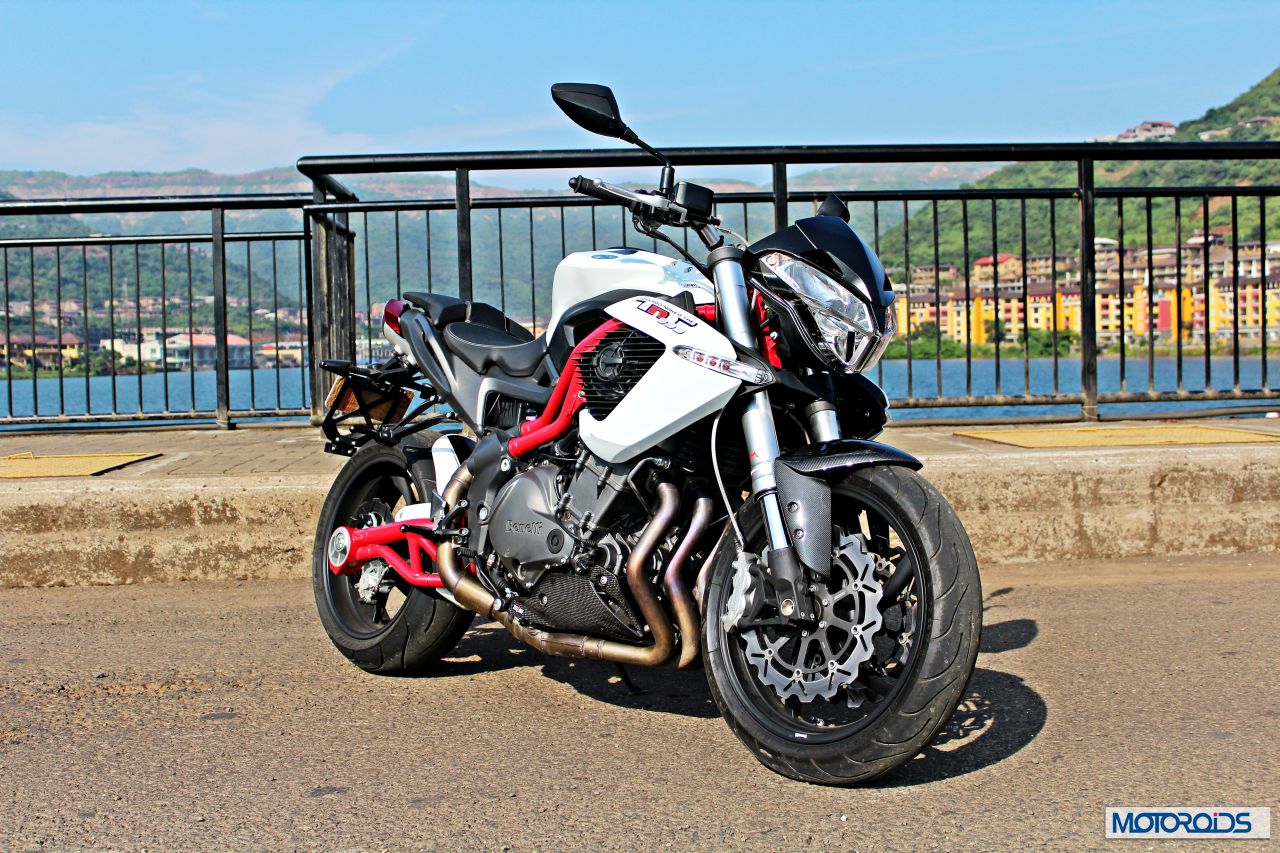 If Autobots were real, the TNT 899 would most definitely be one of them, or even a Decepticon for that matter, given its mean and sinister looking design. It’s arguably one of the most stylish motorcycles in its segment today and the intimidating looks are backed by some serious firepower. It’s one of the most powerful motorcycles you can buy today below the INR 10 lakh mark.

The TNT899 gives a hands on experience of old school, hairy chested motorcycling where your instincts were smarter than the electronics found in the current crop of motorcycles, when skills mattered. Yes, the motorcycles does not receive ABS or other riding assistance even as an option which may not go down too well for certain enthusiasts but we are sure Benelli will add some safety features in the near future. 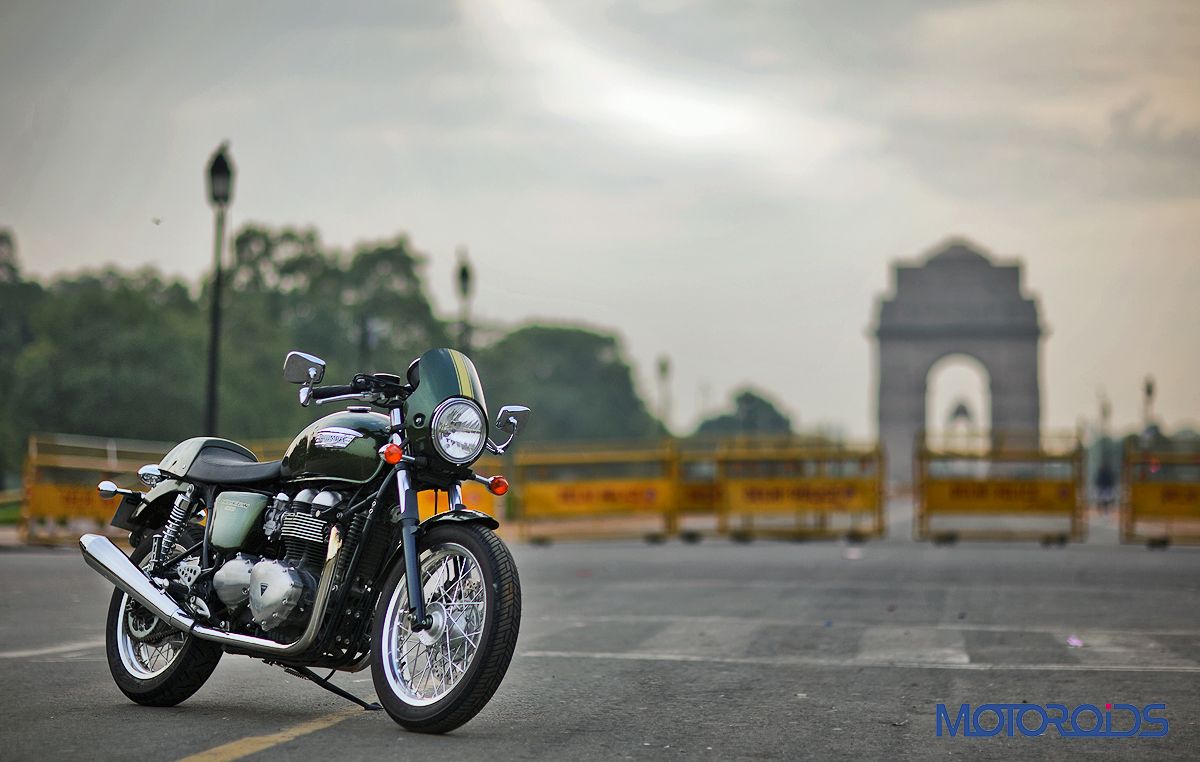 Who does not want to experience old school motorcycling and get a taste of life in the 60’s? Travel back to the world of Rock n Roll, peace rallies and rebellion. Rewind themselves to the time when café racing had its umbilical cord cut off. Motorcycle design has evolved and as a result, aerodynamics and the need for speed has led to sharper lines and creases everywhere. But not with the Thruxton. She is the proverbial old lady with charm and charisma oozing from its simple looks. But it’s just the old school looks that the Thruxton carries forward and under that simple looking design is some really potent firepower.

We are sure you would want to add to the list but we wanted you to get you a list of performance motorcycles that we feel deserves every buck you spend. We would be coming out with more such lists so stay tuned for more updates. Do share your views about the list, and the motorcycles you would like to add to it, through the comments section below.