Paying homage to their classic 750S from 1973, MV Agusta revealed the 2017 Brutale 800 America – a limited-run street bike that celebrates the strong relation between the Italian bike manufacturer and the USA.

The bike features a metallic blue shade, a first from the company. The tank has a star studded motif just like the erstwhile 750S along with gloss black appendages in front of the instrument cluster, the front and rear mudguards as well as the side of the radiator. 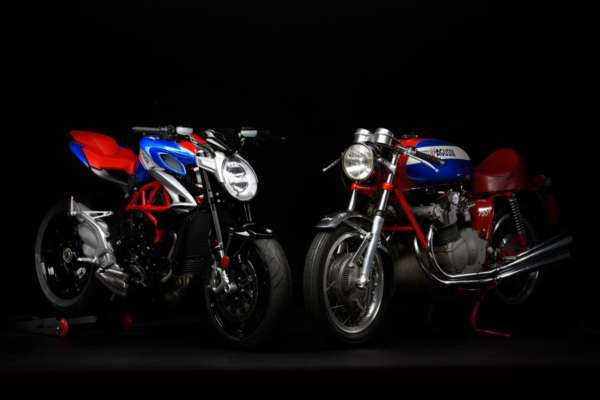 The seat has been redesigned with enhanced padding for the pillion and a dual material finish with special glit stitching mirroring the finish on the tank. Multiple flourishes such as the MV Agusta logos on the mudguards and the ‘America Special Edition’ graphics on the radiator add to the distinctive aesthetic appeal of the bike.

Only 50 of the limited edition bikes will be made, each dedicated to one of the 50 states that make up the USA with a unique sequential number that can be found laser-cut on each of the bikes triple-clamp. Each customer will also receive a certificate, housed in a special wooden plexiglas frame with the same number, further highlighting the exclusivity of the bike. 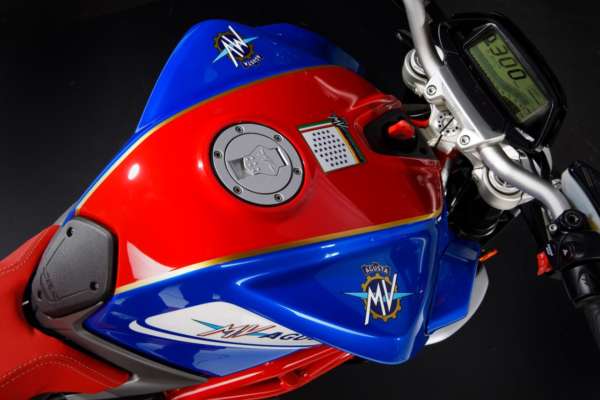 The America edition is based on the new three-cylinder 2017 Agusta Brutale 800 and does not feature any changes to the mechanical aspects of the bike. It continues with the Euro 4 compliant motor with the counter rotating crankshaft, the single sided swingarm and the inverted adjustable front forks as standard equipment.

The bike will be presented officially at the Superbike Race at the legendary Californian Laguna Seca track on the weekend of 7th-9th July 2017. The model will go on sales later this month with prices starting from $14,998, a $1,500 premium over the standard 800.