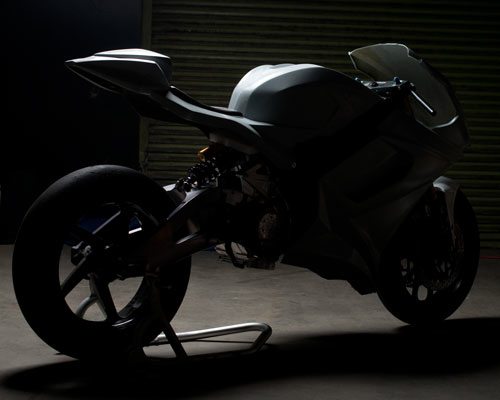 What are some of the names that come to mind when you read that title above? If you were thinking something along the lines of the Suzuki Hayabusa, Kawasaki ZZR1400, BMW S1000RR, or even the MV Agusta F4 R 312, we wouldn’t blame you, although, sadly, you’d be dead wrong here.

Lightning Motorcycles has just announced that they are going to unveil the world’s fastest production motorcycle come May 17, Saturday, at the Quail Motorsport Gathering in California. This marks a paradigm shift for the motorcycling – and, indeed, the automotive – world as this will be the first time that an electric motorcycle will up the ante for straight-line speed. The LS-218 borrows its name from the top speed of 218mph (350kmph to you and me) recorded by a Lightning Motorcycle prototype at the Bonneville Salt Flats in 2011, on the way to setting an official electric motorcycle land speed record of 215mph (346 kmph).

The Lightning LS-218 is a direct street legal version of the same bike that won AMA and FIM races and set land-speed records. Apparently, customers can purchase a Lightning LS- 218 and have the same opportunity to win an FIM E-Power race or set a land speed record themselves while still using their LS-218 as daily commuter bike.

That’s a high claim but perfectly believable in our opinion, as an electric mill produces instantaneous torque from the get-go, and is capable of transmitting power to the rear wheel much more efficiently compared to an ICE (internal combustion engine).

Lightning Motorcycles claim that the LS-218’s liquid-cooled, electric motor will rev to 10,500rpm and churn out over 200bhp of peak power and 228Nm of peak torque. Go easy on the right wrist and it is reportedly capable of running 100 miles on a single charge. Charging is via a regular household power outlet and there’s also a fast 30-minute charge option at supported outlets.