The left-hand drive export version of Hyundai Grand i10 was spotted testing in India by Manoj Prabhakaran, an avid follower of Motoroids India.This export variant is pretty much similar to the Indian version of the Grand i10. However, the front seems to have received twin bonnet scoops or air dam which allows flow of air to directly enter the engine compartment.

The i10 grand, which enjoys a sweet spot between entry level and premium hatchbacks, was released by Hyundai Motors India in September last year. India, which is the second largest production facility (China being first) to Hyundai Motors in the world exports the Grand i10 to many countries including the West. 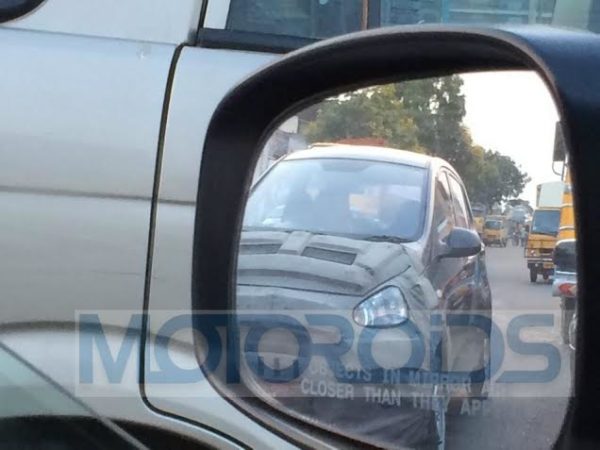 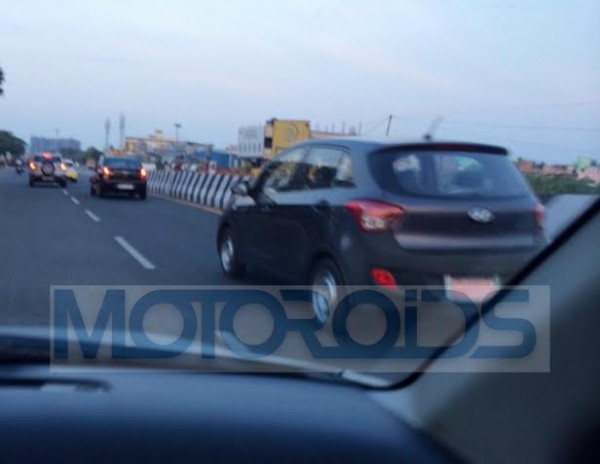 Feature-wise, except the left-hand drive setup, the interior remain the same. However, interior plastic comes in coordination of exterior colour. The Grand i10 is loaded with safety features such as airbags and ABS system.

The Grand i10, which is targeted mainly to the developing markets, can help Hyundai capture a good market share in South American and African developing countries. And we believe that these test models might just be heading that way. The winner of the ‘Indian car of the year 2014’ has helped Hyundai capture its own spot in the Indian car market and may show similar results worldwide.