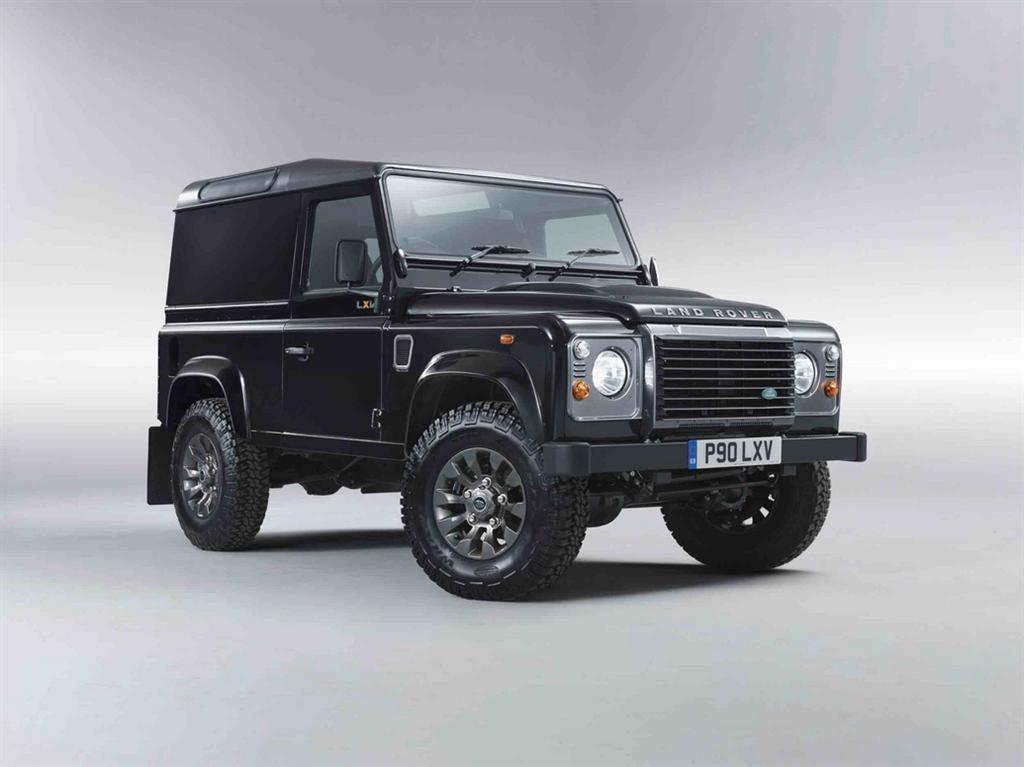 Just a few hours ago had we reported about Tata owned British car manufacturer Land Rover celebrating its 65th Anniversary at its homeland in Solihull. With the stage set for the festivities that would see nearly 150 Land Rovers throng the manufacturer’s original testing ground at Packington Estate, Land Rover has added another guest to commemorate the event.

A new special edition Land Rover Defender “LXV” (Roman numeral for 65) has been unveiled by the SUV manufacturer as part of the celebration. The 2.2 litre 4 cylinder diesel engine has been retained from the standard Hard Top Land Rover Defender producing 122ps of power and 360 nm of torque generated between 2200 to 4350 rpm. Gearbox too remains standard with a dual range six speed box with locking centre differential. 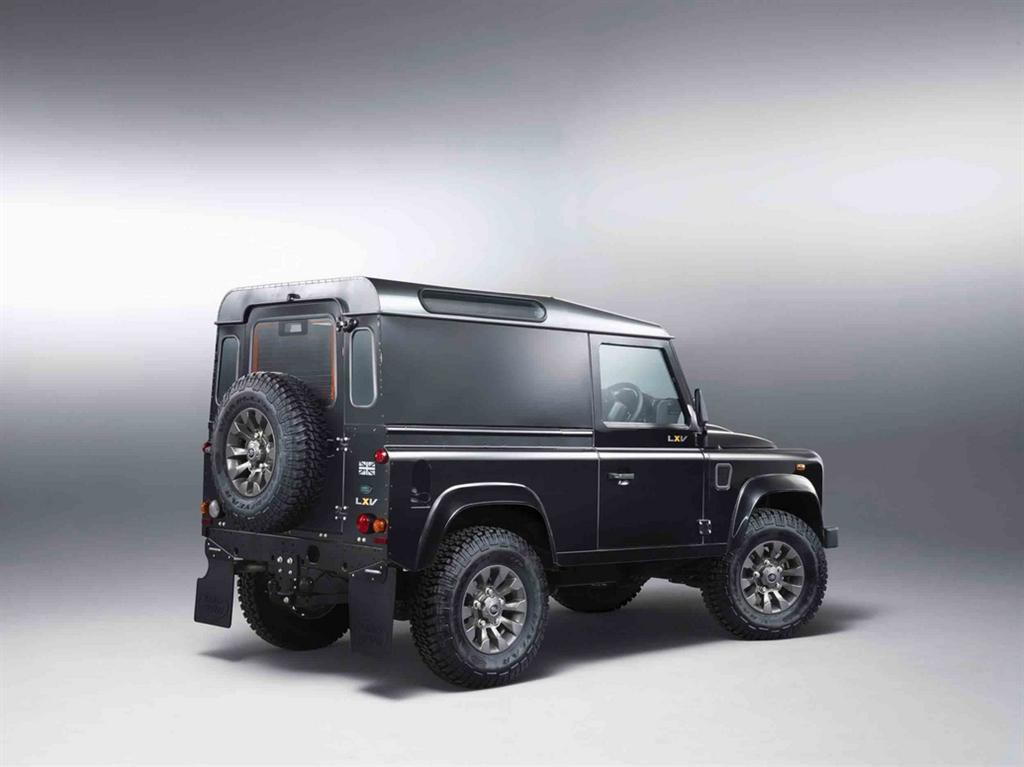 The Land Rover LXV gets a new paintjob in Santorini Black finish and the roof being painted in contrasting Corris Grey, also carried onto the grille, the headlight surrounds and the fascia. The interiors too are treated with full leather seats with the “LXV” embossed in the front headrests with contrasting orange stitch on the seats extending to the steering wheel and the centre cubby to complement the exterior. A set of 16 inch Sawtooth alloy wheels give the special edition Defender a more imposing look.

Slated to go for sale in August, the Land Rover LXV special edition would find itself parked amidst horde of other Land Rovers that have been used by the Royal Family, army and emergency services. Also on display would be the Range Rover Evoque with a 9 speed transmission that was showcased at the Geneva Motor Show this year.

The iconic brand has acquired a cult status since inception by virtue of its ability to tackle the harshest of terrains and its versatility shooting the sales figure to over 2 million vehicles.