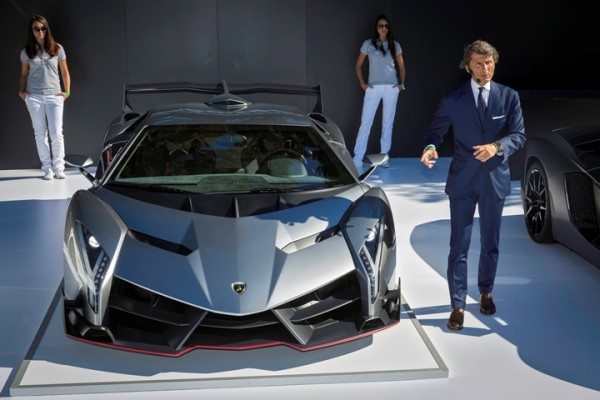 Continuing the brand’s 50th anniversary celebrations, Automobili Lamborghini S.p.A. brought several new vehicles, its first ever prototype – the 1963 350 GTV – and a festive atmosphere to the annual Pebble Beach Automotive Week, held in and around Monterey, California from Aug. 16-18.

“Lamborghini’s presence on the Monterey peninsula was the pinnacle of our 50th anniversary celebrations in North America, honoring 100 years of innovation in half the time,” said Stephan Winkelmann, President and CEO of Automobili Lamborghini S.p.A. “What better way to showcase the brand’s extraordinary history of innovation than by showing the first Lamborghini ever built alongside our latest racing prototype and road-going super sports car, the Veneno.”

The brand kicked off activities at The Quail, A Motorsports Gathering on Friday, August 16. The display included three of the newest Lamborghini models: the Gallardo LP 560-2 50° Anniversario and, making their North American debuts, the US$4 Million Veneno and Aventador LP 720-4 50° Anniversario Roadster. 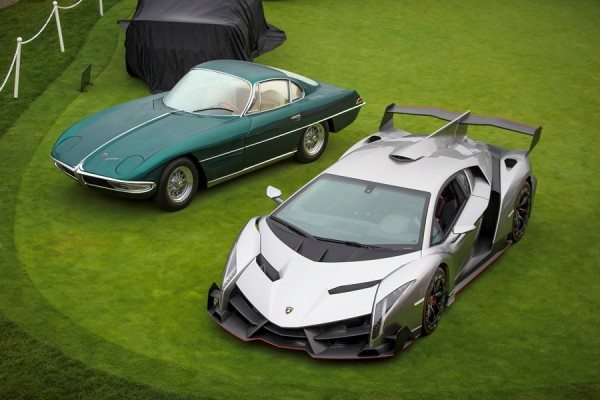 Winkelmann hosted a press conference to present the cars to media and fans. The brand’s Collezione Automobili Lamborghini fashion line was also on display at The Quail, and a collection of vintage Lamborghini vehicles were shown on the field nearby.

Lamborghini also had a presence on Friday at Concorso Italiano, a gathering dedicated to Italian history, design and culture. The Aventador LP 700-4 Roadster was shown to guests, who enjoyed food and refreshments in a special Lamborghini hospitality area. Additionally, Lamborghini Director of Communications Raffaello Porro accepted the La Bella Macchina award from event organizers, in honor of the brand’s 50th anniversary and its contributions to worldwide Italian automotive culture.

On Saturday, August 17, more than 50 new and vintage Lamborghini vehicles participated in a parade through downtown Monterey and Cannery Row. Individual owners brought their vehicles to the parade – ranging from 1960s Miuras to current Gallardo and Aventadors – while Lamborghini executives including Winkelmann and board members Thomas Felbermair (Commercial Director) and Maurizio Reggiani (R&D Director) drove the newest models.

Lamborghini’s activities concluded on Sunday, Aug. 18 with the penultimate show, the Pebble Beach Concours d’Elegance. In a truly historic display, the new Veneno was shown on the Concept Lawn alongside the 350 GTV, Lamborghini’s first ever prototype. A Lamborghini class included significant vintage models including a 1964 350 GT prototype, the last Miura ever built, a 1973 SV model, and a 1976 Countach LP400 Periscopo. Additionally, Winkelmann served as an honorary judge at the Concours.

”Half a century ago, Ferruccio Lamborghini was a man with a dream to create the world’s greatest luxury super sports cars,” Winkelmann said. “In Monterey, we honored his dream and his vision by showcasing the newest road-going V12 vehicles as well as his original creation, the 350 GTV. Like the many Lamborghini enthusiasts who joined us in Monterey, we look forward to the extraordinary developments to come in the next half century.”