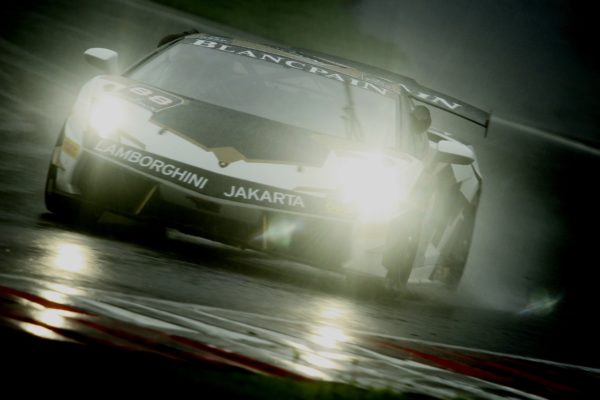 Lamborghini’s motor sporting history crossed a new milestone this weekend, when for the first time ever the Lamborghini Blancpain Super Trofeo Asia Series took place in South Korea. This eagerly awaited Korean debut marks the third round of this year’s extraordinary championship, hosted at the country’s brand new International Circuit, Inje Speedium. At this stop, Korean racing saw spectacular success as Mr. Ryu Si-Won, the first ever contestant from Korea, took consecutive victories in group B of race 1 and race 2.

Jointly hosted by the Italian manufacturer of luxury super sports cars Automobili Lamborghini and Swiss Haute Horlogerie manufacturer Blancpain, this race brought gentlemen drivers, their friends and families from across Asia to the remote region of Inje, South Korea. Under the luring excitement of a new-fangled venue and the warmth of the Korean Sun, Inje Speedium cut a picturesque background for contestants as they took on this exciting weekend. 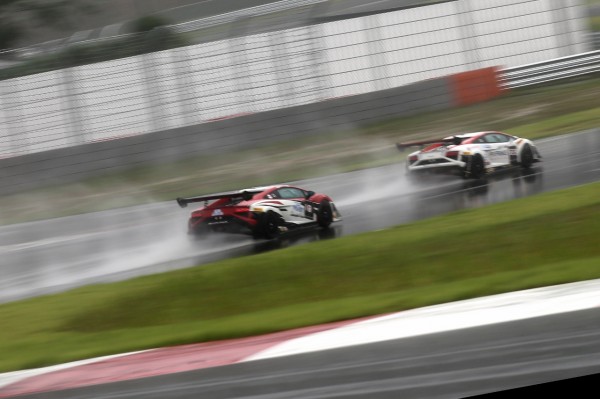 The absence of familiarity with this circuit made Friday’s practice session essential as gentlemen drivers made their first acquaintance with Inje Speedium. At 4,207m, this is the shortest track in this year’s Super Trofeo Asia Series. Featuring 20 corners and an abundance of elevation changes, contestants faced a challenging track with equal scope for errors and opportunities. The longest straight at Inje Speedium lies at just 640m long, leaving less room for full acceleration and more for handling and maneuverability, a challenge warmly welcomed by the feature model of this series , the Lamborghini Gallardo LP 570-4 Super Trofeo 2013. 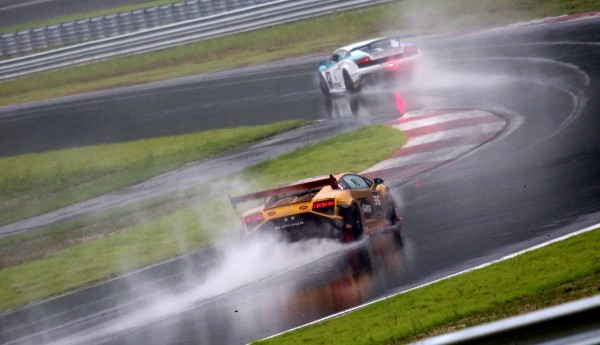 The early afternoon on Saturday saw new standards of driving at this young venue, where heavy rain befell the Super Trofeo Asia Series for the first time this season and brought contestants a new dynamic in the 2 qualifying rounds. Clenching pole position with the fastest qualifying times, Zheng Ting and Steven Lin (#66) from China grasped the limelight at this early stage of the race to instantly put themselves ahead of the game.

In Race 1, showing extraordinary form and handling execution from group A, Japan’s Akihiko Nakaya (#10) claimed the first ever Super Trofeo victory on Korean soil. This epic win was closely followed by Afiq Yazid (#2), whose thriving ambition and raw talent ensured that first place would be no easy pursuit for the Japanese victor. After a slow start, Max Wiser and Jiang Xin (#9) engaged in the competition with true Lamborghini style as they ascended through the ranks to join the leading herd for an admirable third place. Group B brought this landmark race weekend in Korea even further measures of emotional excitement, as Korea’s own Ryu Si-Won (#82) applied every determination and strength from the home cheering crowd to win an extraordinary first place. Closely behind in second was Freddy Setiawan and Denis Lian (#63) of Indonesia and Singapore respectively, a performance that saw Singapore’s inaugural climb to the podium. After exemplary performances in the first two rounds of this year’s championship, third place in group B’s race was enjoyed by Han Lin and Hanss Lin (#36) whose combined racing strengths and teamwork in this round brought yet more glory to Taiwan this season. 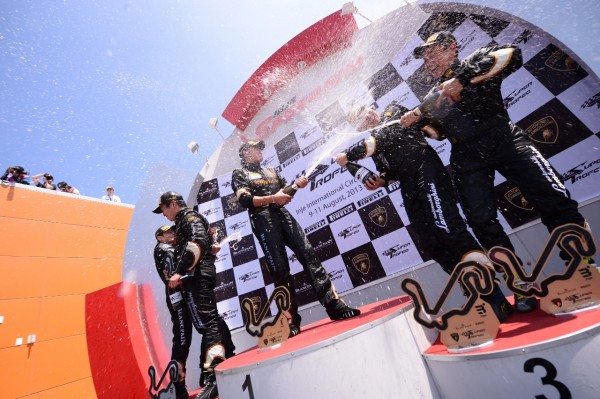 Race 2 on Sunday saw a compelling performance as gentlemen drivers returned to the track for a new day of fierce competition. In group A, seizing the opportunity he so narrowly missed the day before, Malaysia’s Afiq Yazid (#2) held a considerable lead throughout the second half of this race and came in for a well-earned win and his second triumph so far this season. Making their fourth podium finish this season were Max Wiser and Jiang Xin (#9), whose strong positioning and consistency throughout this race brought them into third place. Further illustrating the uncompromising potential and endless possibilities of the Super Trofeo was Ryu Si-Won (#82), who ascended to the podium once again as the champion of group B. Returning for their second day of glory after upholding their positions throughout most of the race were Han Lin and Hanns Lin (#36) and Freddy Setiawan and Denis Lian (#63), who finished in second and third place respectively.

“Last weekend’s Asian Le Mans Series here at the stunning Inje Speedium saw a monumental podium finish from the championship’s first ever, and only competing Lamborghini GT3”, said Cristiano Inverni, Lamborghini Blancpain Super Trofeo Asia Series Coordinator. “Just one week later, more extraordinary racing from the Super Trofeo has come to this challenging circuit, marking an uncompromising breakthrough not just for Lamborghini, but for the history of Korean motorsport.”

This stop of the Super Trofeo Asia Series revealed every competitive enthusiasm, extraordinary performance and gentlemanly conduct witnessed so far this season. The evident signs of relief and joy from those who took to the podium were an inspiring sight after such closely contested pursuits for victory. This weekend held particular emotional significance for Korean actor, singer and Lamborghini enthusiast Ryu Si-Won, who was greeted and cheered on by a passionate home crowd, delivering a memorable occasion to all in attendance.

Filling the VIP lounge at this stop in Inje were the Italian sensations of fine cuisine and hospitality, whilst the uncompromising décor of the Lamborghini brand and the exceptional range of luxury timepieces from joint hosts Blancpain, truly brought this lounge to life. VIP guests gathered this weekend to enjoy and appreciate both watchmaking and automobile mechanical excellence. Among the Blancpain collections, guests discovered the L-evolution line, a dedication to the manufacturer’s commitment to motorsport. Showing purpose from some of Switzerland’s latest 2013 novelties, the new models R85 and R10 demonstrated combined cutting-edge technologies and carbon fiber as well as the respect for the time-honored art of watchmaking, including big date and the flyback chronograph. Furthermore, the immense feeling of excitement and anxiety from within the VIP lounge gave a true sense of how much this championship means to the driver’s families and friends.

After a weekend of impressive racing and passionate celebrations at the award ceremonies, gentlemen drivers took leave to savor their new experience on this new track, and also to take a glimpse at the tournament’s forthcoming stops. In what’s shaping up to be a hotly contested string of final races, the Super Trofeo will continue throughout this year in Fuji in Japan, Shanghai in China and finally Macau, where the grand finale will be held. This last stop of the series will coincide with the 60th Macau Grand Prix, where the eyes of the world will fall upon this small seaboard region to bring further climax to the Super Trofeo Asia Series 2013.