KTM India has bikes in its lineup which are known to be sharp tools. Exactly the kind of machinery which is required when one wishes to perform stunts on a motorcycle. But machinery alone doesn’t do it. One requires serious skills, dedicated space, and gear which protects in the event of a fall. But if you wish to be a mere spectator and watch some professionals pull off some serious moves, a KTM Stunt show is being organised in Mumbai. 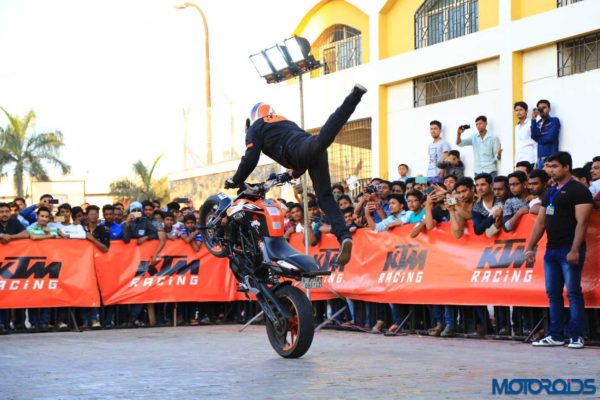 It will be held at the Open Air Theatre, IIT Powai, Mumbai. The entire KTM lineup from 2018 would also be on display. Fans will also get a chance to try their hand at some of the bikes from the KTM stable. 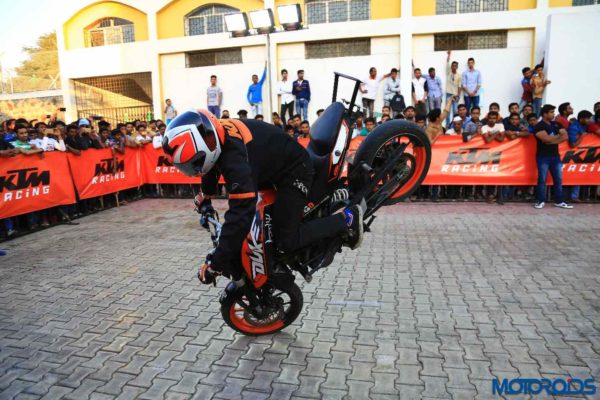 The Stunt Show is conceptualized so that the customer gets to experience the racing genes of KTM bikes. It gives KTM owners a holistic understanding of the performance of these Orange rockets and also an opportunity to compete and interact with fellow KTM owners on a free track. 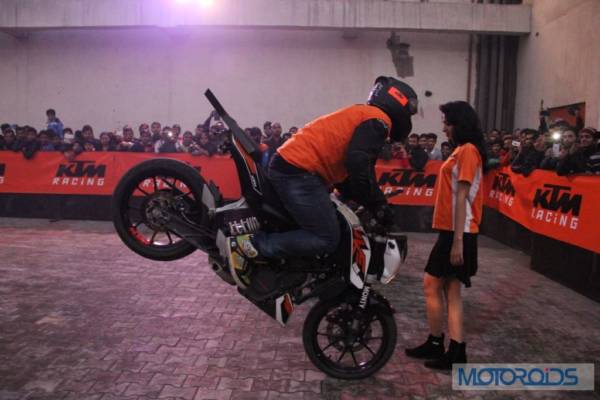 People will be able to watch the top stunt artists ride and play with their KTMs. KTM has already organised many such stunt shows in other cities, but this is the first show it is organising in Mumbai for this year. The show starts at 4 pm on the 29th of December and it would be a fun evening for all the enthusiasts who like stunt riding.