As the free revving species wait for the RC390 to be launched, KTM has announced plans to enter the MotoGp World Championship’s Premier Class in 2017. The announcement was made by none other than KTM’s CEO, Mr. Stefan Pierer himself. 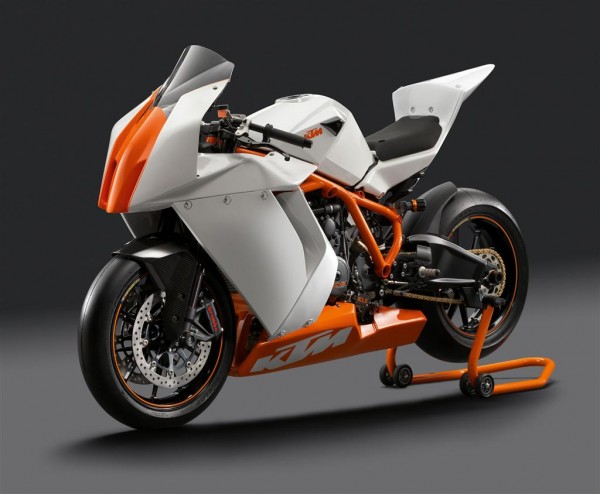 The weapon they would use to set fire to the racing track would be called the RC16. The bike will be revealed sometime in 2015 and KTM will spend another year for development. It will be a track only motorcycle and unfortunately, will not be available for road use. As a successor to the aging RC8, it will be powered by a V4, 1000cc engine and will feature a tubular frame, like the Moto3 bike, KTM currently supplies to teams. Akin to the Moto2 bike, it will also feature WP suspension.  KTM will not enter on it’s own as a factory team and will act as a supplier to individual race teams.

Pierer further added that although the RC16 will be a purpose built machine, serious riders may be able to purchase it only for track use. KTM may sell up to 100 RC16 bikes a year, priced from 150,000 to 200,000 euros each, although they may not be as the same spec as the MotoGP bikes. The Austrian manufacturer has dominated the Moto3 class for the last two years and is at the top of the leader-board this season.

Bajaj holds a 47.96% stake in KTM, and given the technology which filters down to road bikes from the sport, add 2+2 and the number 4 could be the number of cylinders we might find sometime in a Pulsar. Thinking too loud? Atleast it puts your thoughts out there in the universe.