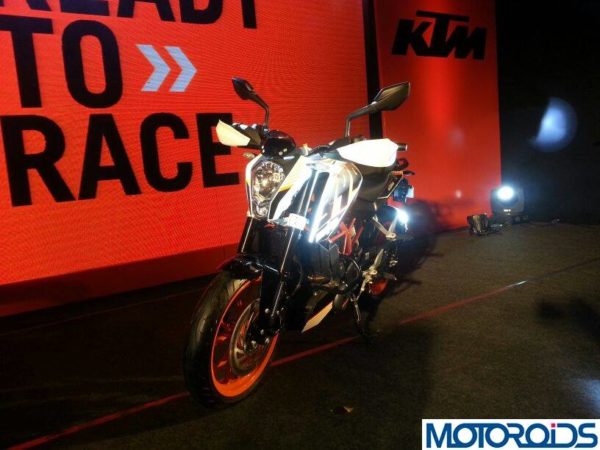 The recently launched KTM 390 Duke has been busy making news across the country since more than half a year now. Until recently, the bike was in limelight for various speculations and spy shots that we saw surfacing on the cyber space. Now, the bike has been in news for being launched in the country at a price point that has left everyone gaping with disbelief and joy.

From what we know, more than 1,000 bookings for the bike have already been made and the waiting period for the bike already stands at 3 months and might be seen going further north.

Now, what comes to mind is the recent strike by the workers at Bajaj Auto’s Chakan facility and whether it would affect the production of the 390 Duke and further increase the waiting period for the new Katoom.

However, it has now emerged that the production of Bajaj Avenger, KTM Duke 125/200/390 and the Kawasaki Ninja 300 has remained unaffected by the strike. It is also being said that Bajaj believes that the deliveries of the new 390 Duke will happen on promised dates.

While Avenger, Ninja 300 and the KTMs will continue to be manufactured at the Chakan facility, the hot favorite Pulsar range of bikes will now be built at BAL’s Aurangabad plant. With the addition of Puslar range, the Aurangabad factory will now manufacturer 230,000 bikes every month. Thanks to increased burden on Aurangabad plant, BAL has deployed additional workforce to Aurangabad plant, from its Pantnagar facility.