Another day, another teaser from Korean brand Kia. Making a debut in the Indian market, this renowned carmaker has uploaded yet another teaser video of the upcoming Seltos SUV on its YouTube channel. The new teaser showcases the same wine red colour we had seen earlier, which is quite eye-catching. Kia showcases the front silhouette of the car, where the trademark tiger grille takes the front stage. Chrome treatment has been given right above this grille, which shines brightly and connects the headlights which flank the grille. The shiny metal has been placed above the headlights as well, which add a premium feel.

The next detail seen is the alloy wheels, which have been designed rather well. The centre caps are finished in black with the word KIA embossed on a metallic plate. Red accents surround this cap, which matches the red paint of the brake calliper. The rear too has been designed in a rather nice, sporty manner with a number of recesses and creases. We see a chrome applique placed over the number plate area. A spoiler can also be seen at the rear, which is finished in a contrasting shade of black. Above this spoiler, we can see the sporty roof rails and the shark-fin type antenna of the car. The side profile view is seen, also reveals the floating type roof design of the car. 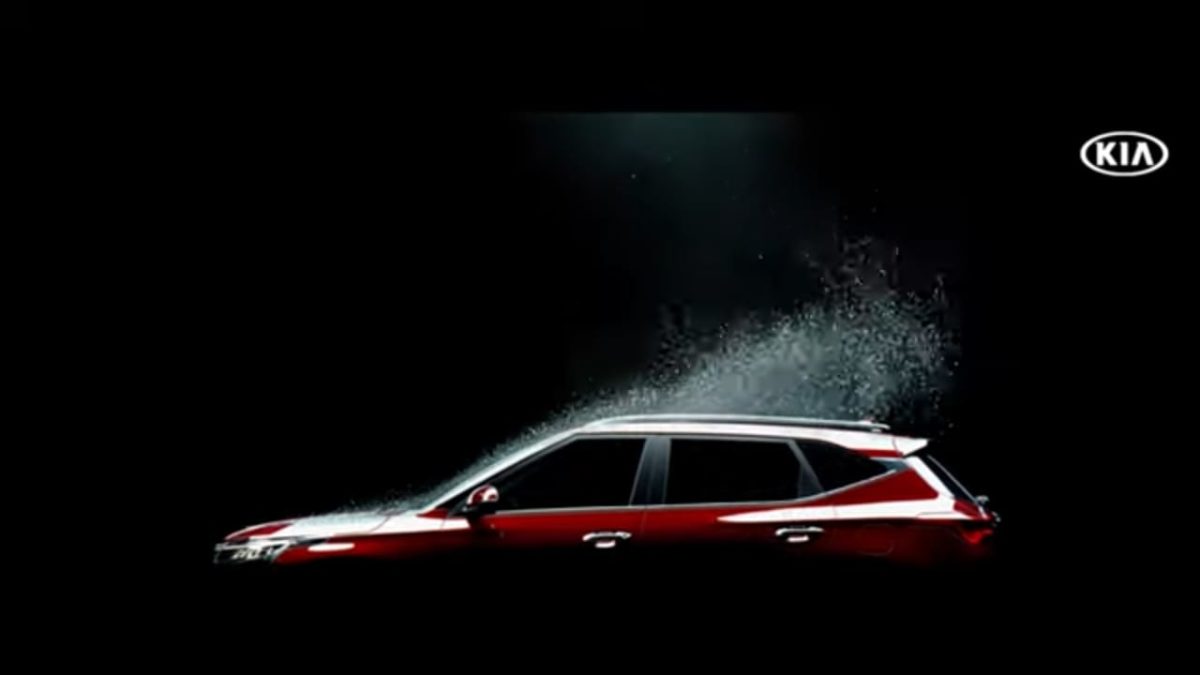 This SUV, which would be competing against the likes of the Hyundai Creta, Nissan Kicks and the Renault Captur, is expected to come with a number of features. This includes a 10.25-inch touch enabled infotainment screen, Android Auto and Apple CarPlay connectivity, ventilated seats, ambient lighting and some more. In the early design sketches released by Kia, we also noticed an off-road button to be present on the inside, suggesting that the Kia will have some tricks up its sleeve to handle rough terrain. Under the bonnet, Kia shall offer a choice of petrol and diesel engines which are expected to be BS – VI compliant. Both these engines would have a capacity of 1.5-litres and will come married with manual gearboxes as standard but expect Kia to offer an optional automatic for both the engines. Keep looking at this space for more updates on this Korean SUV, which will be unveiled globally on the 20th of June.