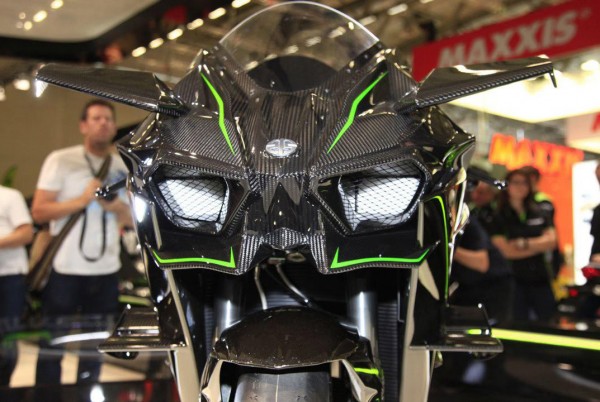 The manic new Kawasaki Ninja H2 will red-line at approximately 14,000 clicks, as demonstrated in the 13th installment of the H2 teaser videos. This number can be deduced from the maximum crank speed. It also explains how the supercharger goes about doing its business- ‘Planetary gear technology found in aircraft gearboxes is used to drive the Ninja H2’s impeller,’ which turns at 130,000rpm. 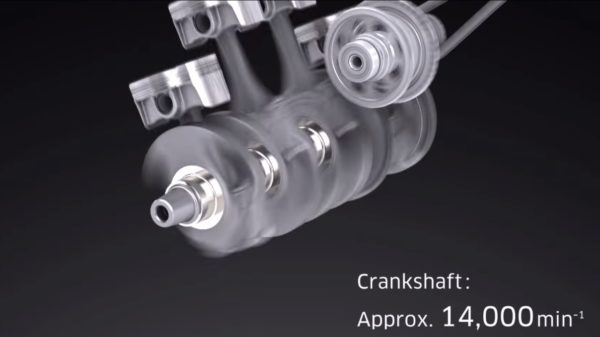 The 2015 Kawasaki Ninja H2 will be available in two versions, one that will be a track focused variant, called the H2R (one in the picture), and a street version, called the H2.

Both versions will be powered by a 998cc, centrifugally supercharged liquid-cooled inline four engine. Although the company has remained mum on the numbers, it did confirm that the H2 R would produce nearly 300 PS (295BHP) of power, empowering the Trellis framed behemoth to achieve over 200mph. However, the street-legal Ninja H2 is rumored to be de-tuned to a relatively pragmatic 222bhp.