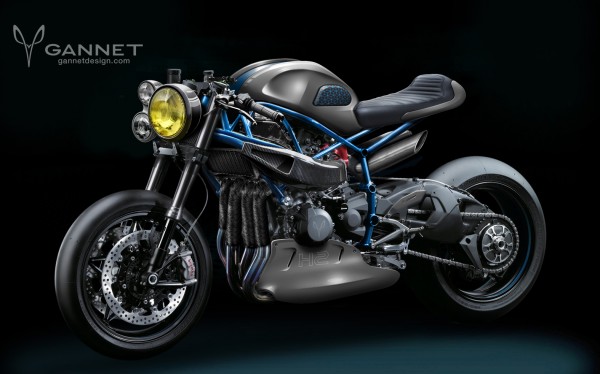 The Kawasaki Ninja H2 isn’t here yet, but a small detail like that that isn’t going to stop enterprising designers from penning their dream concepts based on this utterly bonkers hyperbike. So, if you were wondering what a supercharged 200+PS café-racer looks like, here’s your answer, courtesy the good folks over at Gannet Design.

Penned by Ulfert Janssen, who incidentally was also a designer at Renault, Nissan, and Infiniti, the idea was to ‘de-batmanize’ the Kawasaki H2, and make it more ‘fluidic.’ The result is something that those who don’t know how the Ninja H2 frame looks like will definitely have a hard time recognizing.

It looks completely different, the space-age H2 replaced by a retro-tastic and minimal bodywork. But look closer and the features that made the Ninja H2 tear up the internet on its unveiling are still present. 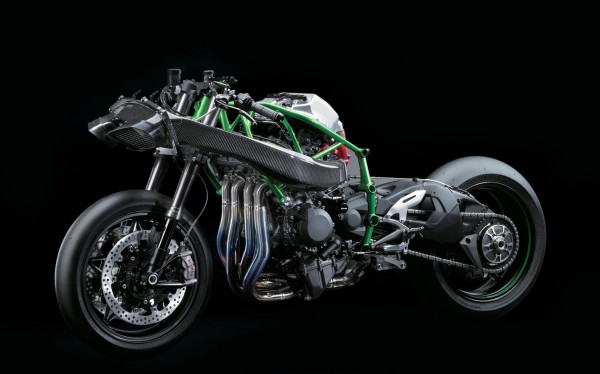 Like the single carbon-fibre air intake for the supercharger in place of the original two. We don’t reckon that would be good for the respiration, but this café-racer isn’t meant to do much of that anyways. Upfront, you get lowered clip-ons that nicely complement the yellow-lens retro round headlight, while twin additional stacked projectors deliver some more added impact.

Leaving aside the obvious practicality aspect of a 200+ PS café-racer, we are really digging the design of the Gannet Kawasaki Ninja H2, and hope it comes out in the flesh, at least as a limited edition for select connoisseurs. And hey, if it turns out to be too impractical for the road, you can always part it in your million-dollar living room.