Home News Karun Chandok about to secure the F1 Drivers Berth for 2010! 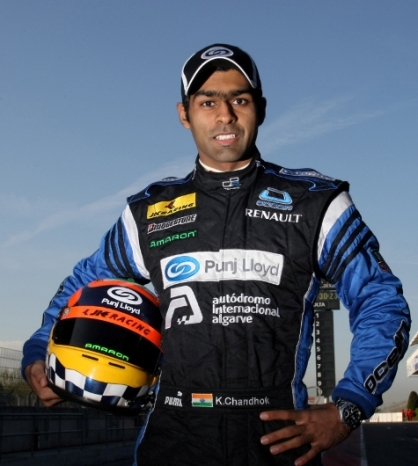 Chennai born Karun Chandok who was once titled “The most promising Asian”, is all set to make his F1 dream come true. For Karun, the racing blood runs in the family with his father the legendary Vicky Chandok and grandfather  Indu Chandok, both being ace drivers of their times. And now, Karun is carrying the family’s racing heritage forward.

Karun started racing in 2000 and ultimately joined GP2 in 2007 where he did quite well to let the whole world and especially the F1 teams know his standard of driving. He was presented with the ‘Best Driving Style’ award in 2008. But the last season (2009) wasn’t too great for him. So Karun is all set to make a comeback to racing and this can’t get better than this…

He is about to sign a deal with Spanish Campos Racing founded by former F1 driver Adrian Campos. Bruno Senna,nephew of late Aryton senna will be Karun’s team mate if the deal is finalized. Bruno shared the team space with Karun in 2008 GP2 season too. Campos racing’s team principal Collin Kolles is going to rename the team once they get a position on the finalized 2010 F1 grid. Karun’s F1 dream is slowly turning into reality which means that he will soon get a well deserved place at the pinnacle of motorsport. The team hasn’t done any testing in the pre- season. If things go in the right direction they will be present on the grid on March 14th in Bahrain.

With Narian eyeing Nascar this year and Karun thinking of securing a place in F1, the country will soon get the much needed and deserved  recognition in this fast paced world of racing.