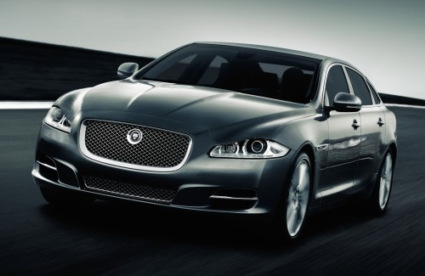 When Tata took over the two British automobile icons, most of the critics around us had nothing to say but criticize the decision. The same critics would be cursing themselves now as the brand which they criticized of being ‘over-ambitious’ has reported a growth in terms of sales.

The first thing that all of us journalists, enthusiasts and Jaguar-lovers deciphered from this business move was that we will be able to get some good genuine British cars in the country. Jaguar Land Rover launched their cars in India. The public response at the Auto Expo earlier this year boosted their confidence even further. So they finally decided to let us Indians lay our hands on the latest and one of the most beautiful Jag ever, the XJ. By Indians here, I mean the ones who will be able to own and maintain one. No charity show here. They have launched the car after completing one successful year in the Indian market, trying to displace the Germans. They havent been much successful in doing that though, but displacing the Germans isnt their aim. The brand’s aim is to create a market for itself and the market reports show that they have been successful in doing that.

The car is powered by a 5L naturally aspirated V8 engine capable of producing 385 horses and 515 newton-meters of torque. An auto ‘box with the flappy paddle shifts does the duty of transmitting the power in this Long wheelbase version we are getting.

For the nerds out there, the car has a drag coefficient of just 0.29, a respectable figure, which makes it the most aroedynamic Jaguar ever. Add to that lightweight construction, sporty dynamics and a stable and comfortable ride and what you get is a winner. And what a winner this car is! Even the bigger of the luxury car makers will respect this car when it comes to luxury. A panoramic sunroof and and a 1200W Bowers & Wilkins surround system belong to the long list of creature comforts this car offers.

JLR India has started the deliveries of this British master-piece of art and engineering. So rush to your nearest JLR dealer or go to their website- www.jaguar.in

Now the Jag returns to the land of Maharajas again. All the prospective buyers out there, get ready to shell out 95 lakhs from your bank accounts if you want to lay your hands on this beautiful member of the feline family.

Thank you Mr. Tata for this. And all the critics out there, stop rubbing your eyes now. The Germans have got competition now. The game is getting interesting now!