Fiat Chrysler Automobiles(FCA), the parent company of Jeep, has revealed the Grand Wagoneer concept. The automaker is introducing an upscale, more premium and luxurious SUV in both – a standard and Grand avatars. 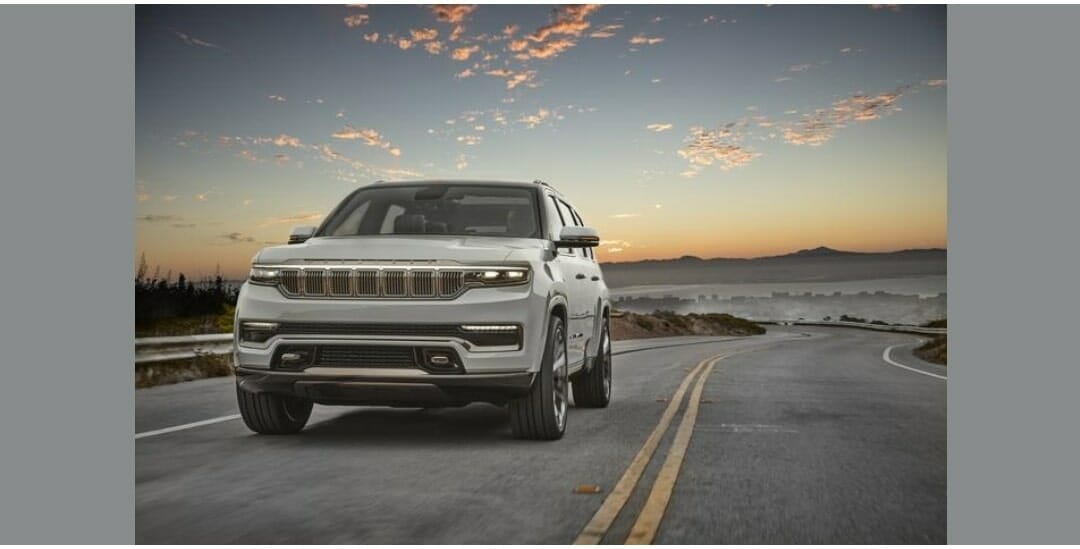 As of now only the Grand Wagoneer concept has been revealed. Both the Wagoneer and Grand Wagoneer will be developed on a new platform that will be designed for an IC (Internal Combustion) Engine, Hybrid and electrified powertrains, and are expected to go into production in the first half of 2021 at FCA’s Warren manufacturing facility in Michigan. The final production-spec model is not expected to differ much from the concept shown. The Wagoneer is going to be the first full-size three-row SUV from the automaker since the Commander and will offer a wide range of powertrain options and premium configurations.

Since it is a luxury SUV, it offers host of features inside the cabin, some of which include 12.1-inch center touchscreen that sits above a 10.3-inch touchscreen with controls for the HVAC system, 12.1-inch fully digital instrument cluster, Uconnect5 connectivity features and a stereo system from McIntosh with 23 speakers. It will feature a three-row layout with seating configurations of seven and eight people. The cabin features a total of seven screens measuring 45 inches in size. Which includes a massive 12.3-inch screen right behind the steering which puts out basic and essential vehicle statistics like speed and fuel efficiency. Because the concept is an electric vehicle, the same screen also displays battery charge among other safety features.

The other screen is a 12.1 inch main infotainment screen which features FCA’s brand-new Uconnect 5 infotainment system. Under this lies the 10.3 inch screen, this screen, much like in new Jaguars, is for controlling the air conditioner as well as for creature comforts like seat position, recline degree, among others. But that’s not all, there is also a 10.3 inches screen exclusively for the front passenger, which can offer wireless streaming via Bluetooth. Interestingly, a Bluetooth headset can also be connected to it. 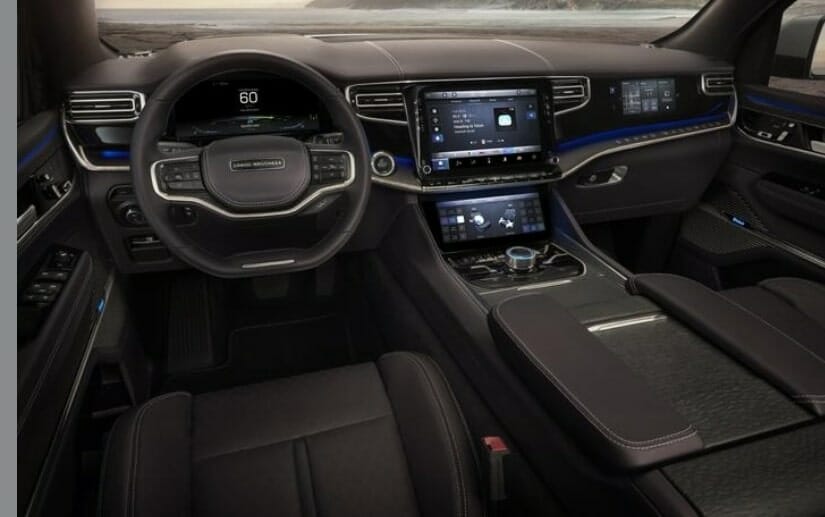 If you wish to spend most of your time on the back seat, there is a 10.3 inch display on the center armrest which can help passengers control seat alignment and operate customized air conditioning options. For entertainment purposes, there is another 10.1-inch screen for each of the two rear-seat passenger. Once again, this offers support for wireless streaming of content.