Home News Jeep Renegade Spotted Testing In India; Will It Be Launched Here?

It was long anticipated that Jeep would launch the Renegade SUV in India and it was very recently spotted testing here in Udupi (Karnataka) on the Goa-Mangalore highway. This Jeep Renegade was even wearing a license plate that had a registration number from Maharashtra. The spied images were uploaded by a Facebook user in the page 4×4 India. 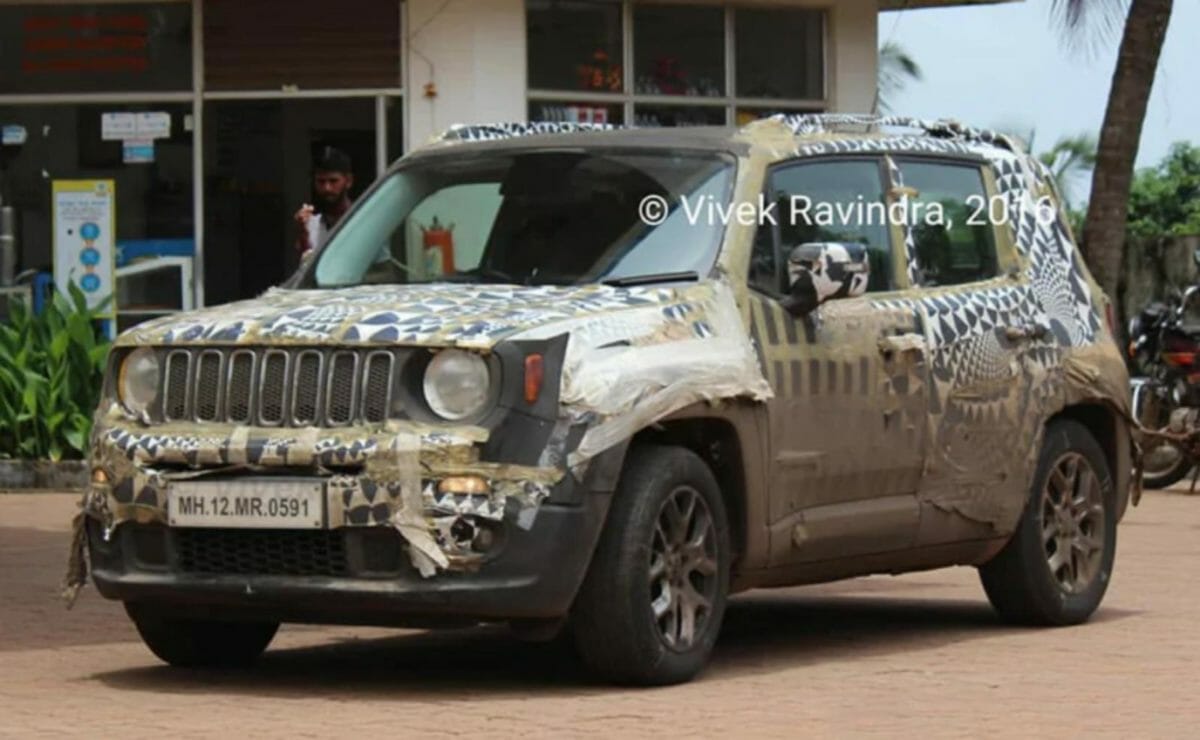 Although the test mule was heavily camouflaged, there was no mistaking it for any other car as the seven-slat Jeep grille with circular-shaped headlamps and the boxy silhouette were easily identifiable. It features the same squared-off wheel arches, with an overall boxy design. The alloy wheel design on the test car has not been disguised and is identical to the set sold with the Renegade in international markets. The rear of the vehicle is also easily recognisable as the renegade thanks to the recognisable proportions of the vehicle and the square tail lamp design.

Is It Really Coming To India?

However, the question remains whether the Renegade has a future in India? Well, it is highly unlikely the Renegade will likely arrive in India in its current form. While there are many new SUVs in the pipeline of the American manufacturer, the Renegade is not among them, at least in India. However, the company is planning to develop a sub-4 metre compact SUV for the Indian market. Therefore, the Renegade spotted could just be a testing bed for its suspension setup and engine for the sub-compact SUV. 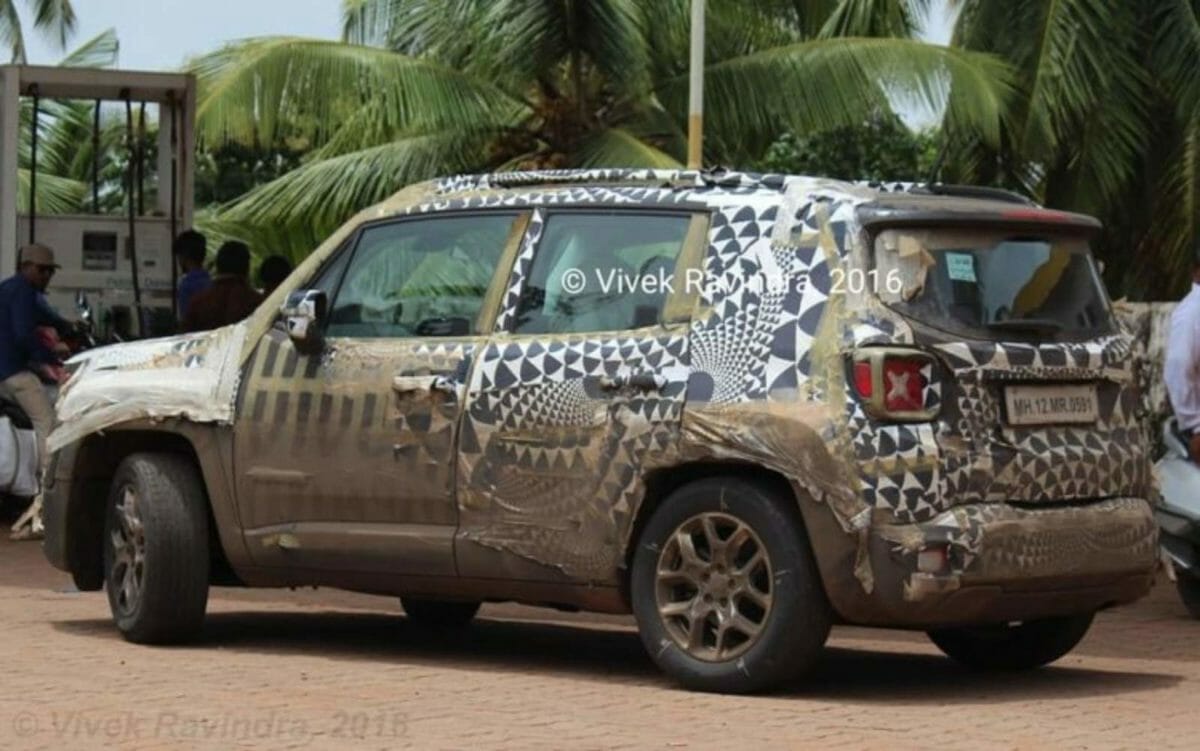 The Jeep Renegade is a B-SUV measuring more than 4,000 mm in length, sold internationally. Introduced in April 2014, the first-generation Jeep Renegade is beyond halfway through its life. It was about to be released in India but the plan was cancelled eventually.

In its current version, the Renegade gets LED headlamps with LED daytime running lamps, fog lamps integrated to the bumper and a skid plate at the front. The Renegade also offers a touchscreen infotainment system with a climate control system that is inspired by the Grand Cherokee. 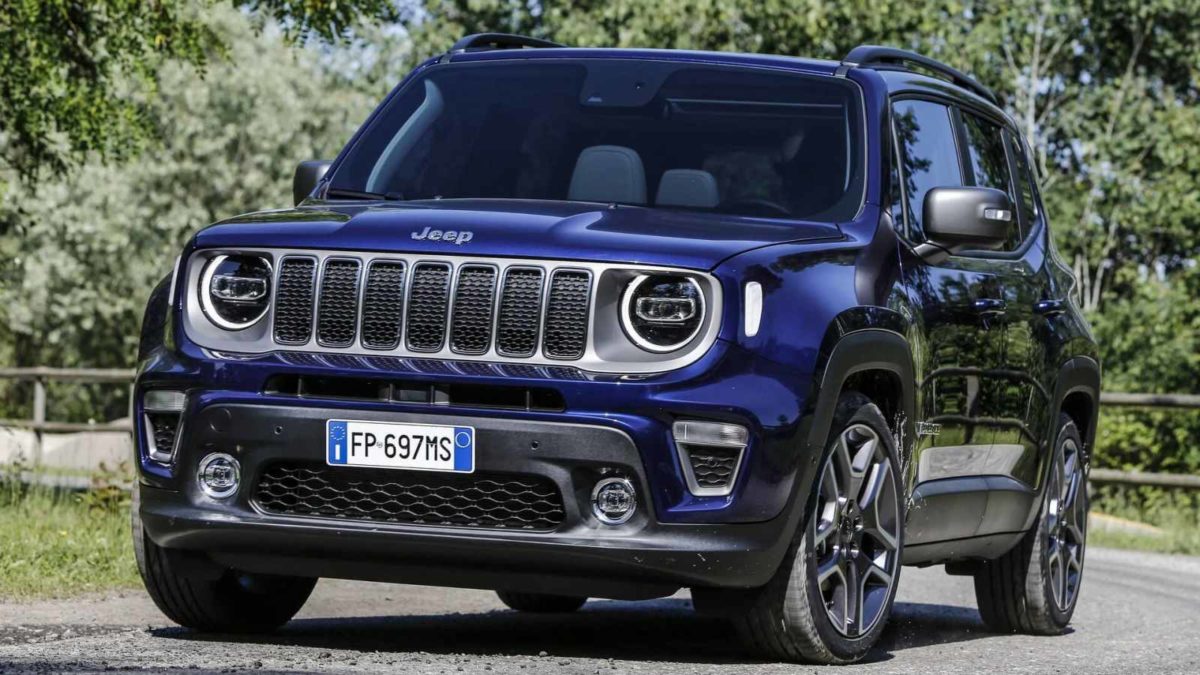 This new sub-4m Jeep SUV will be the brand’s most affordable product in India and will be particularly important for a market like ours. It is internally being called the Jeep 526 but it is yet to see the light of the day. The upcoming sub-4 meter SUV will be based on the Fiat Panda’s 4×4 platform; however, the new model reportedly shares the design cues from the Renegade. Also, this SUV should feature a proper 4WD system for international markets.

It will be a more premium alternative to Mahindra XUV300, Tata Nexon, Maruti Suzuki Vitara Brezza and Ford EcoSport. For the India spec Renegade, while Jeep has a 1.3-litre petrol engine, but it no longer has the 1.3-litre diesel. The smallest diesel offered in the Renegade is a 1.6-litre. To make use of the SUV-4 metre regulation, Jeep will have to use an engine with less than 1,500cc. Whether Jeep will introduce its India spec model with petrol and diesel engines, or as a patrol only model remains to be seen.