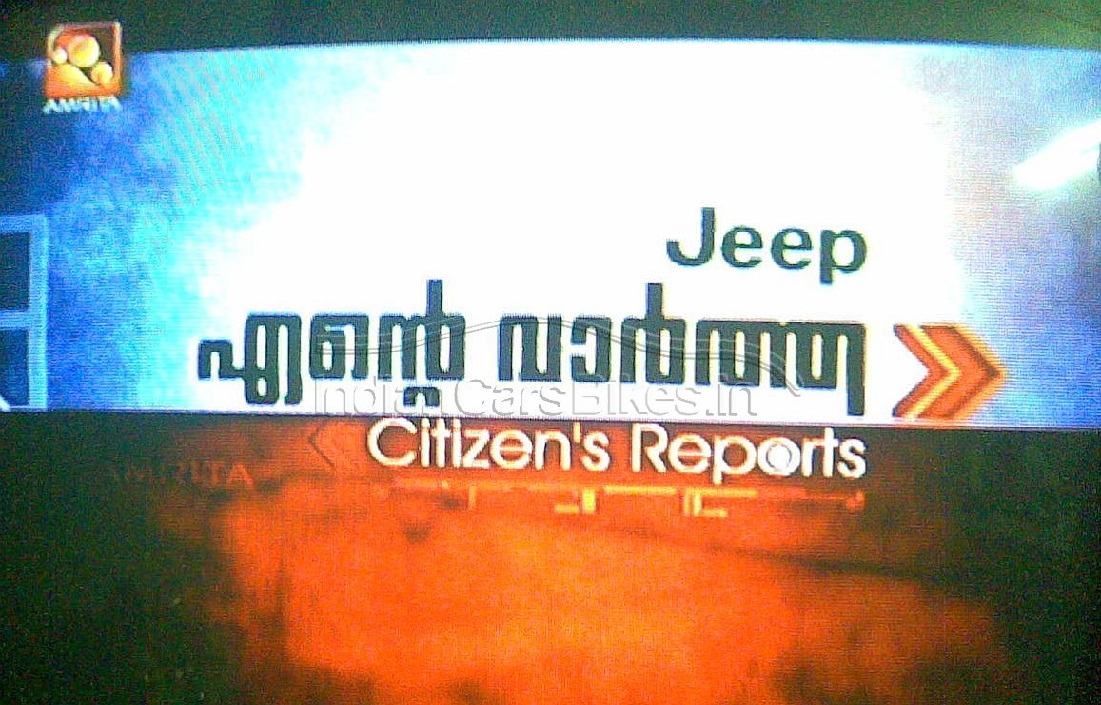 It is a well known fact that Fiat will be bringing the Jeep brand of cars to India this year. It may be noted that Fiat India recently revealed its plan to bring Jeep to our country and speculations are afloat about the pricing of Wrangler and Grand Cherokee in our country.

While Jeep is still a few months away from its Indian debut, the SUV brand has gone ahead with launching its promotions in the country by sponsoring a program on Amrita TV channel.

Jeep India will begin its Indian innings with the launch of Wrangler and Grand Cherokee SUV.

Click here to read more about the upcoming Jeep Wrangler.

The Grand Cherokee will be priced at around INR 40 lakhs and will come to us via CBU route. Jeep also plans to launch a B segment compact SUV in Indian market next year. This isn’t all as a C segment SUV will also be launched in 2015.