As you might know that our A-Star actually is the latest generation of Alto and this is what it is known as in most of the international markets. However, it is the  Celerio in the Middle East and the Nissan Pixo in UK. A good chunk of exports from Maruti Suzuki consists of the A-Star (nay!! the Alto). The A-Star is every bit a modern car and the fact that the Nissan Pixo is nothing but almost a re-badged A-Star says enough about the potential the car holds. It may be noted that the car is doing fair numbers in most of the markets it is sold at. We have had some good experience with the automatic version of the car that has been recently made available here. The Indian Alto F8 has not just shown a good sales figure since many past years but has also been the largest selling car of the country and by a fair margin and has been a perfect successor to the Maruti 800. Now, axing a product that is the bread and butter of the manufacturer is probably the most illogical thing to do. Hence, in the Indian Market, both the generations of the Alto (our Alto and A-Star) are sold side by side but in different segments.

The JDM (Japanese Domestic Market) Alto is a version that has evolved from the A-Star and the latest development is that Suzuki has just launched a very fuel efficient version of the car christened as the Alto Eco. How fuel efficient you may ask. Well, hold your breath, for the car delivers an astonishing 32Km/l.

The front wheel drive car has a modern 660 cc three cylinder (code name: R06A) motor which pumps out a good 52-horses (reasonably more than our 80cc F8) at 6,000 rpm and a peak torque of 63Nm at 4,000 rpm. This engine is mated to a CVT gearbox and Start Stop system. The Alto Eco comes in S and L trim levels and yen to rupee conversion says that the car should set you back by about INR 6 lakhs.

The JDM Alto is derived from the A-Star 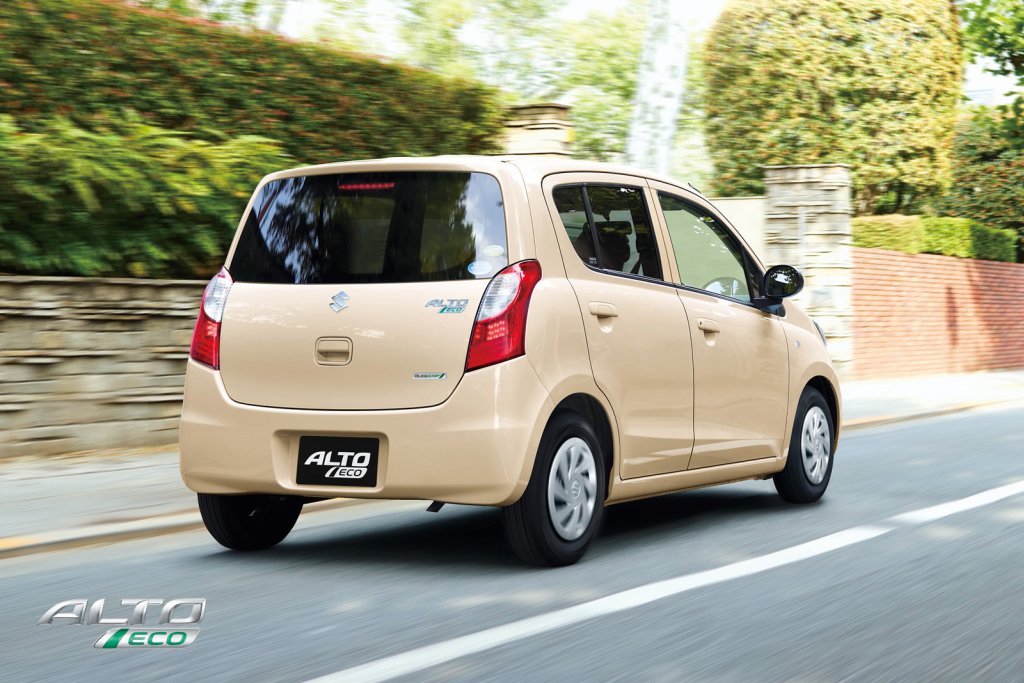 We so wish that Maryti Suzuki brings this version to our shore and if it does, it may very well give the recently launched i10 BlueDrive and Indica eV2 lpg a run for their money. Now WAITAMIN!! Can a scaled down version of this car, with same drivetrain, be the next Maruti 800 ??