It seems that Mother Nature isn’t happy with Dorna guys. As a consequence of which the Japan GP is postponed. The reason for the sudden change of plan was a recent volcanic eruption in Iceland which led to formation of ash cloud which meant no air traffic via that route. 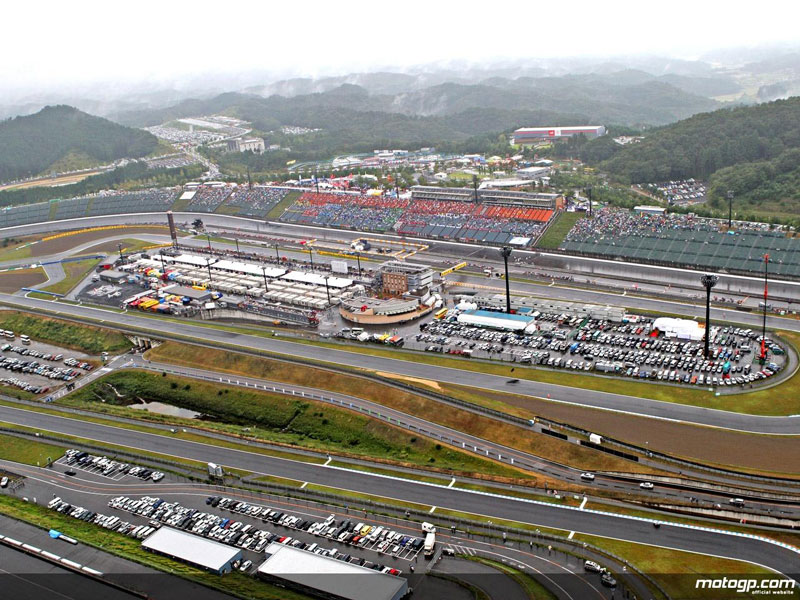 The race which was about to take place 25th of this month at Motegi is postponed till October but the date is yet to be confirmed by FIA. This race could have been Casey’s comeback race as his opening race didn’t go the way he wanted. Ducati is stronger this season and pose a serious threat to Yamaha and Honda both. But with Vale’s podium finish at Qatar, Ducati’s monotonous success at the opening round ends. Lorenzo, Hayden and Dovisiozo’s performance in the first race indicated what this season has in store for MotoGP aficionados. As we reported earlier, the king of slide Garry Mccoy is coming back, but he is running a little bit late. Expect him to burn the track soon.

The next round GRAN PREMIO bwin DE ESPAÑA is scheduled to start on the 2nd of May. Jerez round has always been special and hope this year it becomes better. So expect an adrenaline rushing experience as the MotoGP enters round 2.

Watch this space for regular updates on MotoGP.