Presenting the one-off modernized Jaguar Mk2 by Ian Callum- Jaguar’s director of design. If shapes like the F-Type and the XK stir up your blood, due credit goes to Mr. Callum. 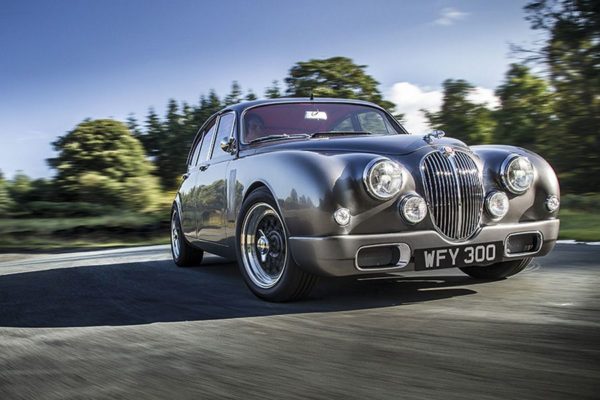 Mk 2 by Callum is a modern day refurbish of the classic 1952 Mk 2 sedan by Jaguar. Built in association with Classic Motor Cars, a Jaguar restorer, this Mk2 can be summed as Ian Callum’s personal project. And it’s going to be the affable, sexagenarian design director’s daily drive, to be added to his pretty modest collection which include a recently bought Triumph TR6, a 1932 Ford Model T hot rod, a 56 Chevy, plus a late 90s wide body Mini Cooper. 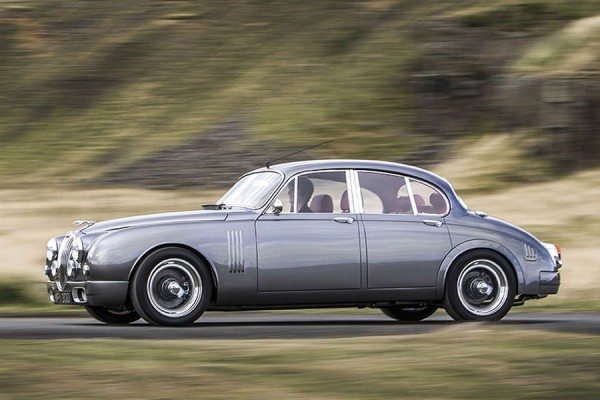 In a low-key unveiling on an industrial estate in Shropshire, UK- also home to CMC, the drapes were off the Mk2 . The lines on the classic are essentially the same; focus has gone into improving the existing bodywork rather than a ground up design.  The muscular stance is new- accredited to Callum’s love for hot rods- and is helped by a set of new 205-section front and 225 rear tires. The wheels are all of 17 inches, having a wire spoke design- reminiscing the originals. All-new wider aluminum wings were also fabricated to house the wider wheels. Also, the car now sits 30mm lower than the original. 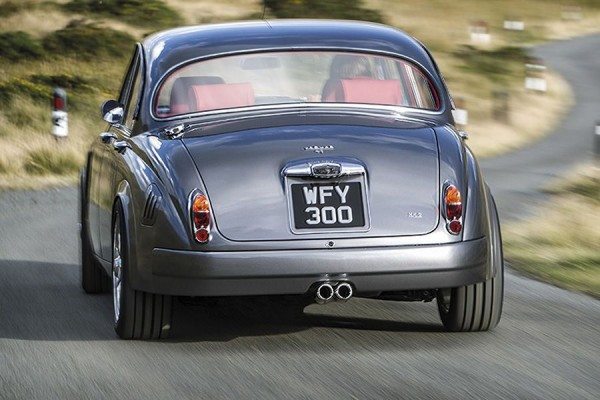 The bumpers are freshly minted and effortlessly blend with the old timer’s character. The rear is a pretty simple affair and features mid mounted twin exhaust tips. The front gets a couple of big chrome lined air-intakes that feed air to the 4.3 liter, 275bhp straight six engine- breathing through two SU carbs, providing real-word drivability and low down torque rather than outright performance. The flanks gain some slim cooling vents as well. 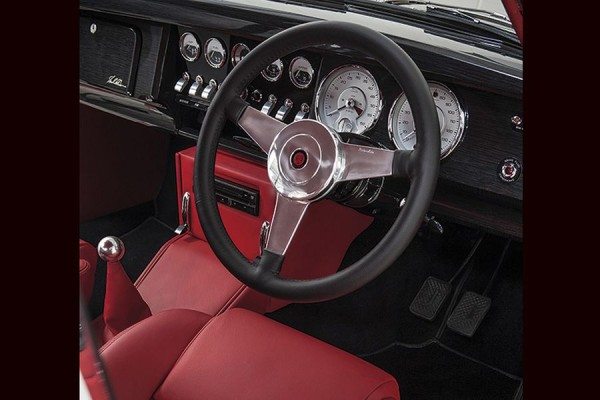 But perhaps the biggest mechanical change is the adoption of a whole new independent rear suspension with outboard disc brakes. Also, there’s a five speed automatic gearbox for quieter crusing credentials. And inside the car now boasts a Scottish leather interior finished in a rather loud shade of red- forming a stark contrast with the understated exterior.  Most of the gadgets from the 21st century –   a DVD player, reversing camera and iPhone connector find its way to the Mk2’s interior. 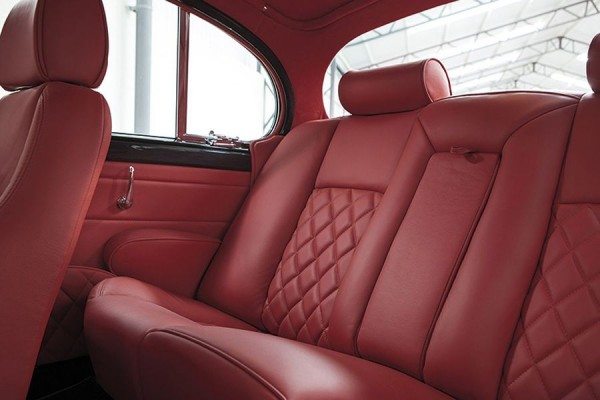 The Mk2 by Callum was completed in 18 months, and as of now, is limited to one unit- with Ian Callum hinting at similar projects in the future.