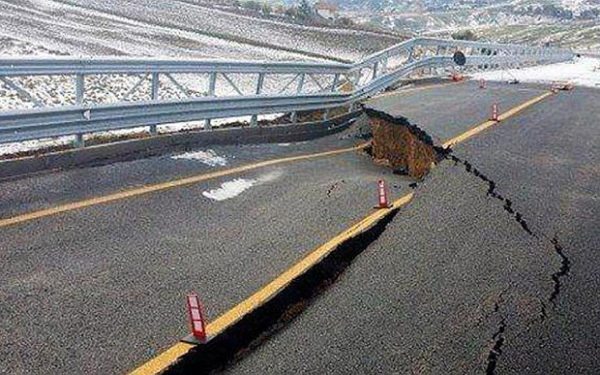 No matter how patriotic we are, we all have, at some point in our lives, cursed the bad road infrastructure in our country. But let us introduce you this Italian bridge that could not even stay in place for more than 10 days. The construction work was completed three months before the deadline and the bridge was inaugurated to public on December 23.

The €13 million (approximately INR 97.35 crore) bridge, built on highway between Palermo and Agrigento, was recently inaugurated in Sicily, Italy, met with an ill-fated fated accident when part of the construction collapsed within two weeks of construction. Four people suffered minor injury. Luckily though, no casualties were reported due to this incident.

Maurizio Lupi, Transport Minister said in a tweet, “Who has made this mistake will pay, both those who built and those who inspected it.”

Pointing to media for exaggerating the mishap, Pietro Ciucci, President of the construction company responsible for the bridge, Anas, said in a statement, “Despite certain headlines and misinterpreted photos that have been exchanged, no viaduct has collapsed. The Scorciavacche viaducts have not suffered any damage and are intact. There is no risk to users.”

What do you have to say about this accident in Italy? Share your thoughts and opinions with us through comments section below.