Home Bajaj Auto Is this the Bajaj Pulsar RS400 doing the testing rounds? 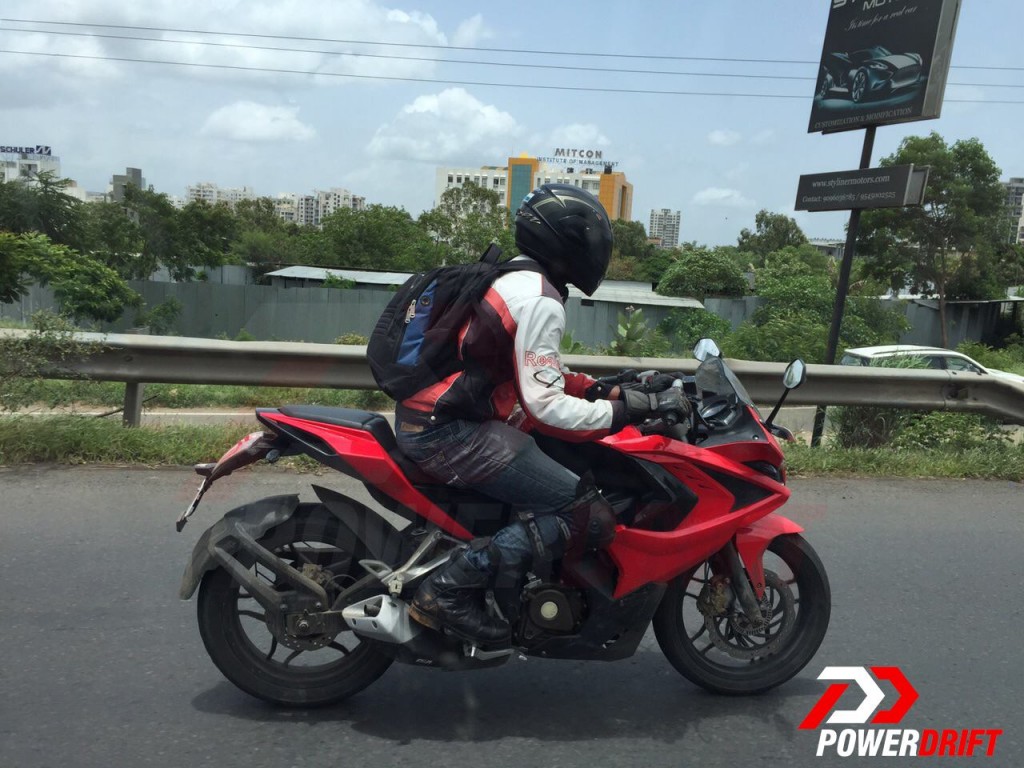 Only yesterday, spy images of the highly anticipated Bajaj Pulsar RS400 surfaced on the internet. Soon, fingers pointed to the images being fake. The picture above will hopefully clear the air. An undisguised test mule, that appears to be a potential RS400 prototype, has been caught by Powerdrift on the outskirts of Pune. While the lack of graphics, badges or stickers do not necessarily point to anything, it’d be logical to assume that this is a RS400, since the 200 has already been launched.

Externally, there seem to be absolutely no visual differences between the RS200 and the RS400. The wacky front fairing, the dual projector headlamps, the split LED tail-lamps, the stubby exhaust, along with the rest of the bodywork are carried over from the 200. Even the wheels and tires look similar, while the last set of spy images confirm the presence of ABS

The RS400 will be powered by a KTM sourced, 375cc, liquid-cooled, 4-valve, triple spark, fuel injected engine mated to a 6-speed transmission. Engine characteristics are expected to be retuned for better tractability, more efficiency and better refinement, along with altered gear ratios for long-legginess.  Power figures are assumed to be around 40 PS. The RS400 will be launched within this year, and will be the flagship model of the Bajaj range.