Home News Is this the 2013 Chevrolet Cruze? 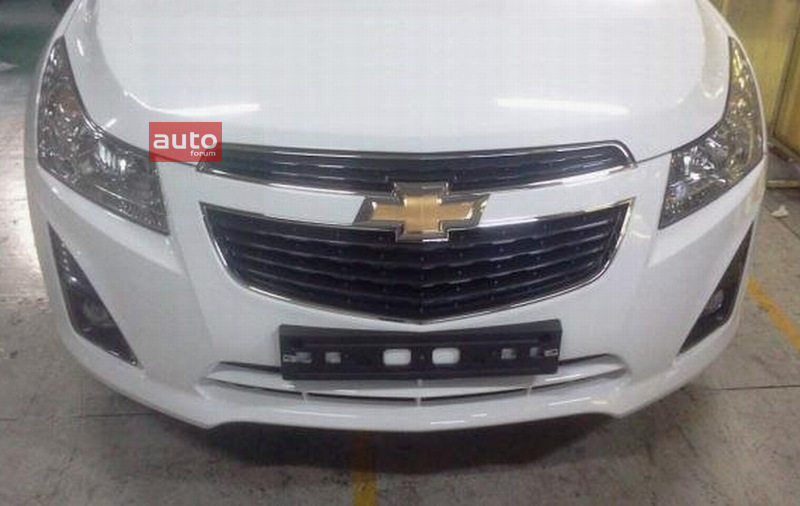 Back in early part of 2009, General Motors’ show at the sales chart was not anything close to being impressive. What with the Optra Magnum being unable to get the response its manufacturers had hoped for. GM’s Bow tie wearing small car, the Chevrolet Spark,  has always been struggling, even after numerous discounts manufacturer keeps offering. The car that really did the trick for Chevrolet has to be the Cruze sedan that was launched in India in mid 2009.  Ever since, the Cruze has been doing good numbers, not only in India but world wide. It won’t be wrong to say that the Cruze is quite responsible for GM’s turnover after it had filed for bankruptcy. Worldwide, GM has sold more than 1 million units of Cruze!!

Back in the US, the Cruze is among the bestsellers and is not very far from the Toyota Corolla on the sales chart.

The good folks at AutoForum.cz have managed to get their hands on an image of the facelifted Cruze. The facelifted Cruze wears a new multi-slab grill and the unit is hexagonal in shape. Currently, the car has beehive design in its almost quadrilateral grille. The air dam too, seems to be playing with geometrical figures, what with it resembling a neat right angled triangle. We, however feel that the facelifted fascia might go unnoticed by many on Indian roads as the car still manages to look very much like the current model.

Now our favorite part, GM might show the door to the 2.0 VCDi unit and plonk in the updated Captiva’s 2.2-liter VCDi engine as it should be more powerful and fuel economical. It may be noted that General Motors is working on a range of new generation of EcoTec petrol engines and we won’t be surprised if the facelifted Cruze may come with an option of a gasoline plant. We are excited!