Infiniti has released a teaser image of its upcoming concept, the QX30 ahead of its debut at the 2015 Geneva International Motor Show. The QX30 Concept is the Infiniti design vision which will inspire a new premium compact crossover targeted at a new generation of customers. 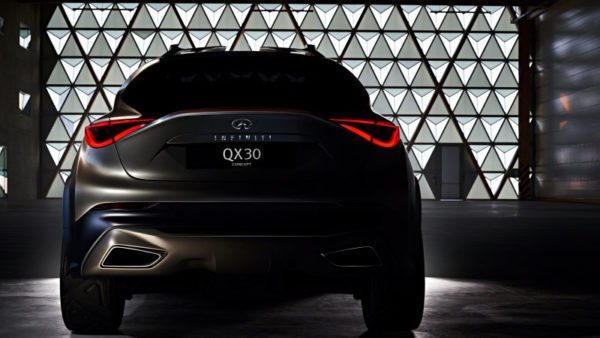 Set to be revealed at Infiniti’s press conference, scheduled for 14:30 on 3 March in Geneva, the QX30 Concept aims to reignite the premium compact segment with a distinctive approach to design that looks beyond the practicality and conformity expected of the segment.

Infiniti claims that the potential customers for such a concept are searching for a product to suit their ‘urban week and get-away weekend’ lifestyle and the QX30’s compact footprint matches that. Combining the sleek lines of a coupe with the rugged looks and commanding seating position of a crossover, the QX30 Concept foreshadows an urban explorer which is equally at home in the city as it is on the open road.