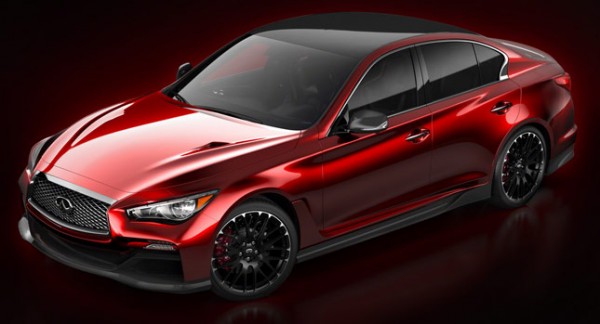 The Infiniti Q50 compact executive sedan, which is basically a replacement for the G sedan, will be showcased at the 2014 North American International Auto Show on January 13. The sedan that will be put on display will be seen wearing a body kit.

Now, for the first time ever, Lexus has released a few pics of the Q50 Eau Rouge Concept, fully dressed in its livery for the upcoming auto show.

Infiniti says that the display vehicle will be different to the production model and the only panels that will remain visually unchanged will be the roof and the doors.  Rest of the car will look considerably different due to a carbon fiber grounds kit, including front splitter, rear diffuser and side sill skirts. The display vehicle will ride on 21-inch lightweight forged alloy wheels,  a new dual-exit exhaust sports system and a large integrated rear spoiler. 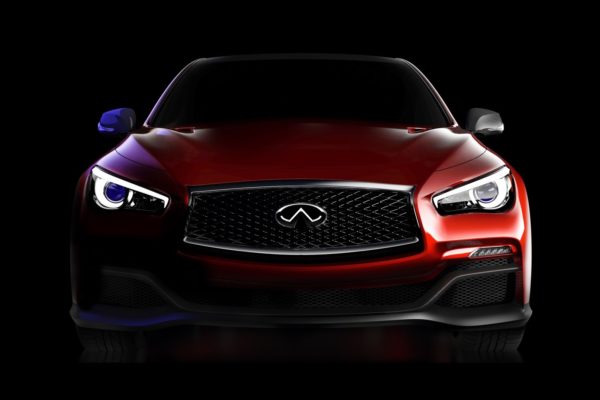 “From our shared passion for performance with Infiniti Red Bull Racing grew a collective desire to produce a vision of what a high-performance Infiniti Q50 could look like,” said Executive Design Director Alfonso Albaisa.

“The design has a number of distinctive Formula One inspired touches. In particular, the sculpted front wing assembly and the rear aerodynamic packaging take their cues from the RB9 race car,” he added.

Good chances that the car display vehicle that is headed to North American International Auto Show will borrow the V6 powerplant from the production model. 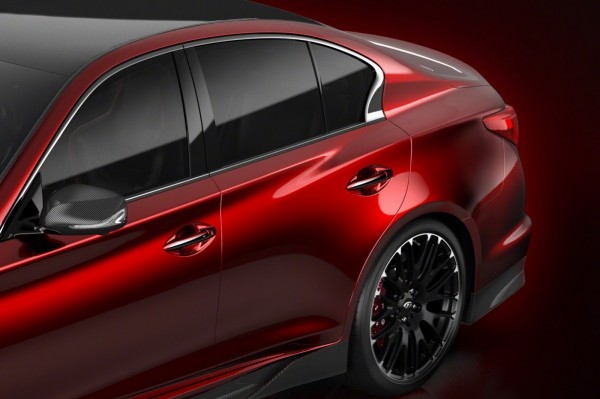 Stay tuned to Motoroids for more dope on the Infiniti Q50 Eau Rouge Concept that will be shown at the Detroit Auto Show.