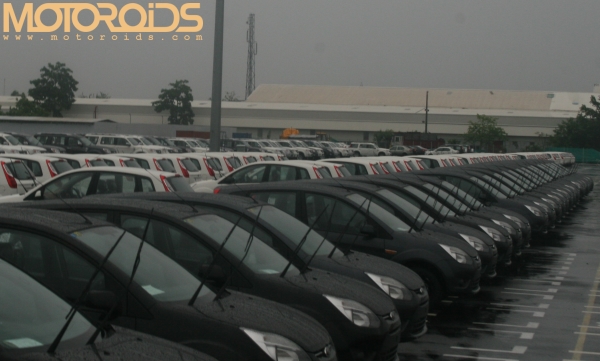 If our government is to be believed, India has become the world’s seventh largest vehicle producing nation. That’s quite a feat in itself, but that’s not all. The government also claims that the feat has been achieved six years before the target it had set for itself, that’s year 2016. Now, whether we grew too fast, or the target set by the government was way too sad is a million dollar question. Whatever the answer may be, we, as auto aficionados have something to pride ourselves on, if only the infrastructure in our country was a little better.

“When we were making the Auto Mission Plan (AMP) in 2006, we had projected India to become the seventh largest vehicle producing country in the world by 2016. We have already achieved this milestone good six years ahead of the set target,” Secretary for Ministry of Heavy Industry B S Meena said here at a Ficci function.
According to Mr. Meena, we should become the sixth largest carmaker by 2010. At present, China is the world’s largest vehicle producer, with USA in the second spot.

It’s a proud moment for us to have achieved this feat, however, if the infrastructural development doesn’t manage to accompany vehicle sales, we may soon see a decline in growth rate. The traffic situation in cities like Bangalore, Mumbai and Delhi is already catastrophic and if measures are not taken to address it, we may soon have something to mourn than feel proud about.