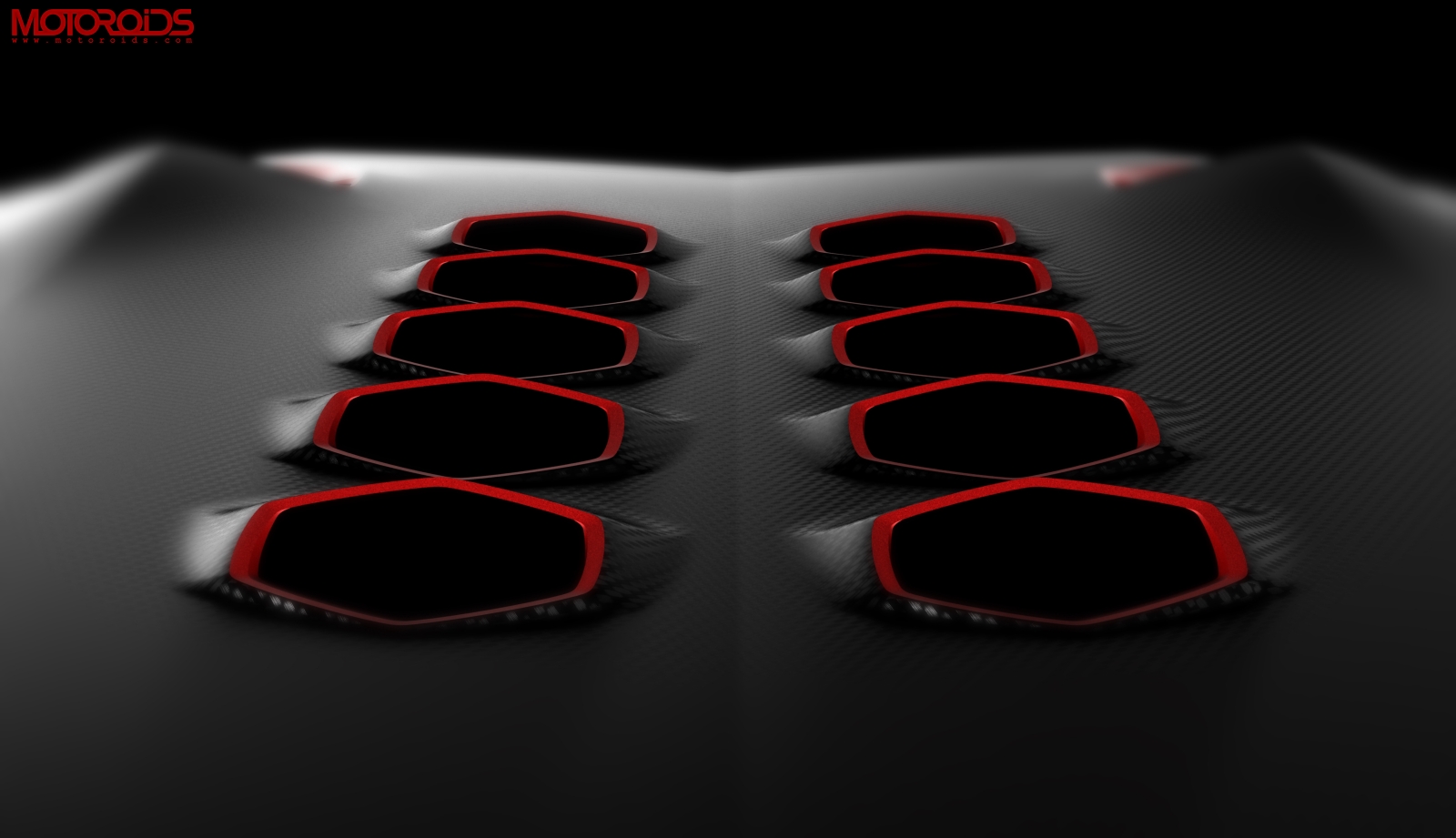 Lamborghini has released yet another teaser image of their upcoming Murciélago replacement supercar. With the release of this new teaser image, Lamborghini talks about speed, weight and handling. The Italian carmaker agrees that the numeric top speed is a criteria that is becoming useless as most sports car today cross the 300 km/h mark on paper but even some of the best race tracks around the world don’t leave you enough tarmac to attain those velocities. Lamborghini hence is concentrating more on the handling characteristics of their upcoming cars. Lamborghini says that their current cars weigh almost 500 kilos more than their supercars from 25 years ago – thanks to the added safety equipment. Lamborghini will hence make generous use of carbonfibre in their future cars to drop down the weight.

Judging by the spy pics we saw earlier, it seems that this teaser image shows a bit of the engine cover, which might not be transparent this time around. The teaser image seen here somehow hints towards a new V10 powerplant that will roar its way to glory once the car, speculated to be called the ‘Jota’, unveils itself at the 2010 Paris Motor Show. The earlier teaser images can be seen HERE.