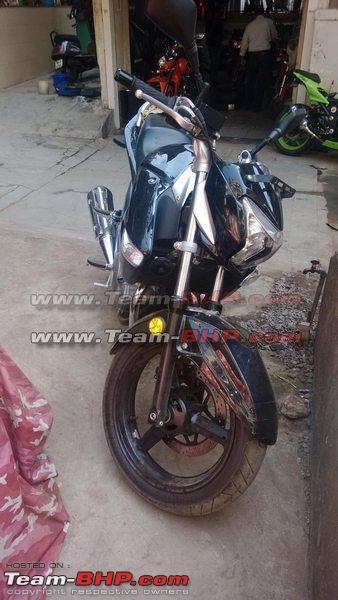 A Suzuki GW250 Inazuma was recently spotted by a TeamBHP forum member in Mumbai. 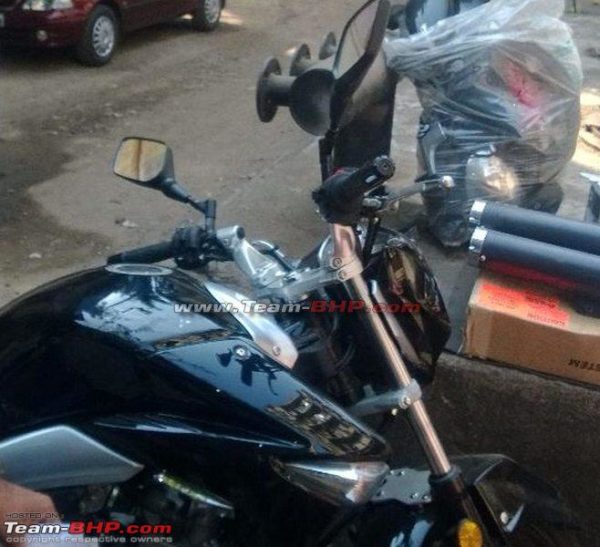 Suzuki recently confirmed that the GW250 Inazuma is India-bound and it is pretty much for sure that the quarter litre bike will greet us at the upcoming Auto Expo 2014.

The Suzuki GW250 (Inazuma) is coming our way via CKD route and it is being said that CKD units of the upcoming twin cylinder 250cc bike  bike have already reached Indian shores and are being assembled at Suzuki Motorcycle India Limited’s Gurgaon plant.

Powering the 2013 Suzuki Inazuma is a 248cc, SOHC, twin cylinder, liquid-cooled motor that has a max power of 26Bhp and a peak torque of 24.2Nm.The engine comes attached to a six speed manual gearbox. At 182 kgs, the bike is rather heavy and hence, we believe that the upcoming Suzuki won’t be blindingly quick.

It would be interesting to see if the GW250 would be able to give sleepless nights to the makers of existing bikes in Indian 200-250cc performance bike market.