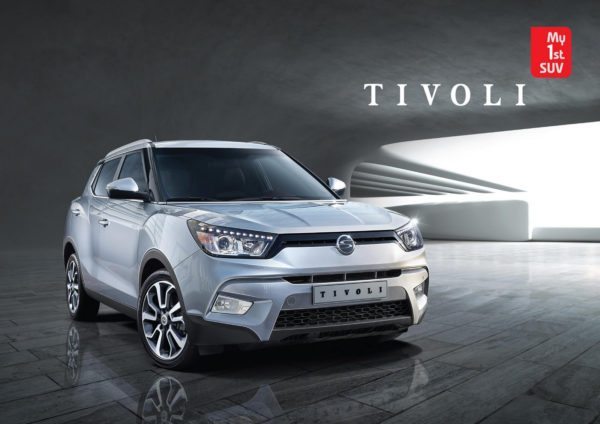 The SsangYong Tivoli compact SUV has been revealed in the flesh by the Korean car-maker, after teasing it through a couple of official sketches earlier. Set for a Korean launch by January 2015, this is the X100 SUV that we’ve been talking about. The all new B-segment crossover will go on sale in the UK and globally from mid-next year. 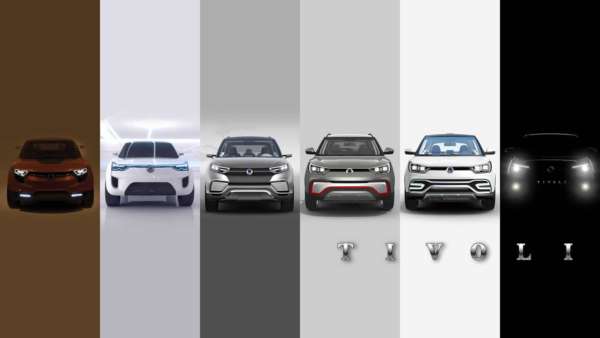 SsangYong Tivoli- from concept to reality

The exterior features the look of a dynamic, urban SUV with a relatively modern silhouette and stance, while embracing SsangYong’s new design language. Its styling picks a leaf from the two new Ssangyong Concepts showcased at this year’s Paris Auto Show- the XIV-Air and XIV-Adventure. The fascia looks fresh, the sides are pretty muscly, but the rear didn’t go down too well with us. 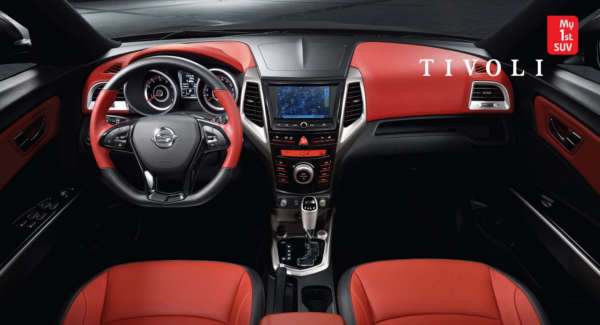 The interiors look stylish and contemporary, considering its international intents. It has also been designed to offer driver and passengers easy connectivity to their IT devices, along with practicality and plenty of storage space. Equipment is likely to include Bluetooth audio, a rear-view camera and dual-zone climate control. There will also be seven airbags and other clever safety kit is expected. 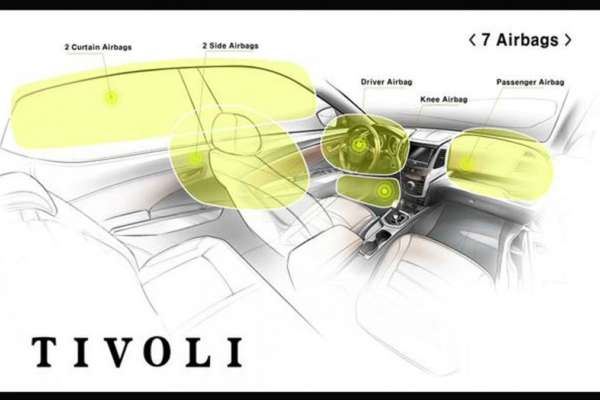 The new car takes its name from Tivoli, the Italian town near Rome with a reputation for style. Noted for its cultural heritage and beautiful location, the gardens at Villa d’Este have inspired many others to use the name, including the Tivoli Gardens in Copenhagen. 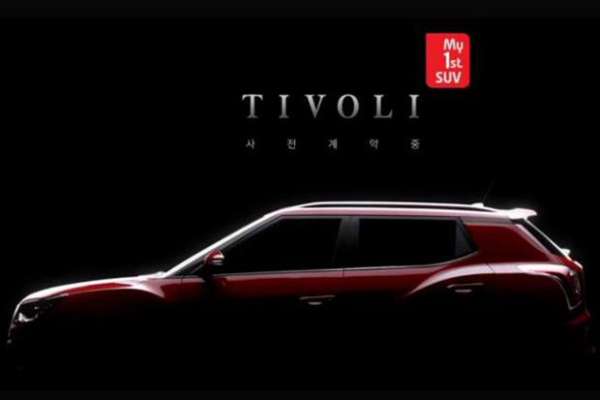 Mahindra-Ssangyong should be launching the Tivoli in India sometime next year, with an expected price of 9-15 lakhs. Available at launch will be two 1.6-liter engines, in either petrol or diesel form. They will both be offered with a choice of two or four-wheel drive, with a six-speed manual or automatic gearbox. Power outputs are yet to be confirmed. Stay tuned!