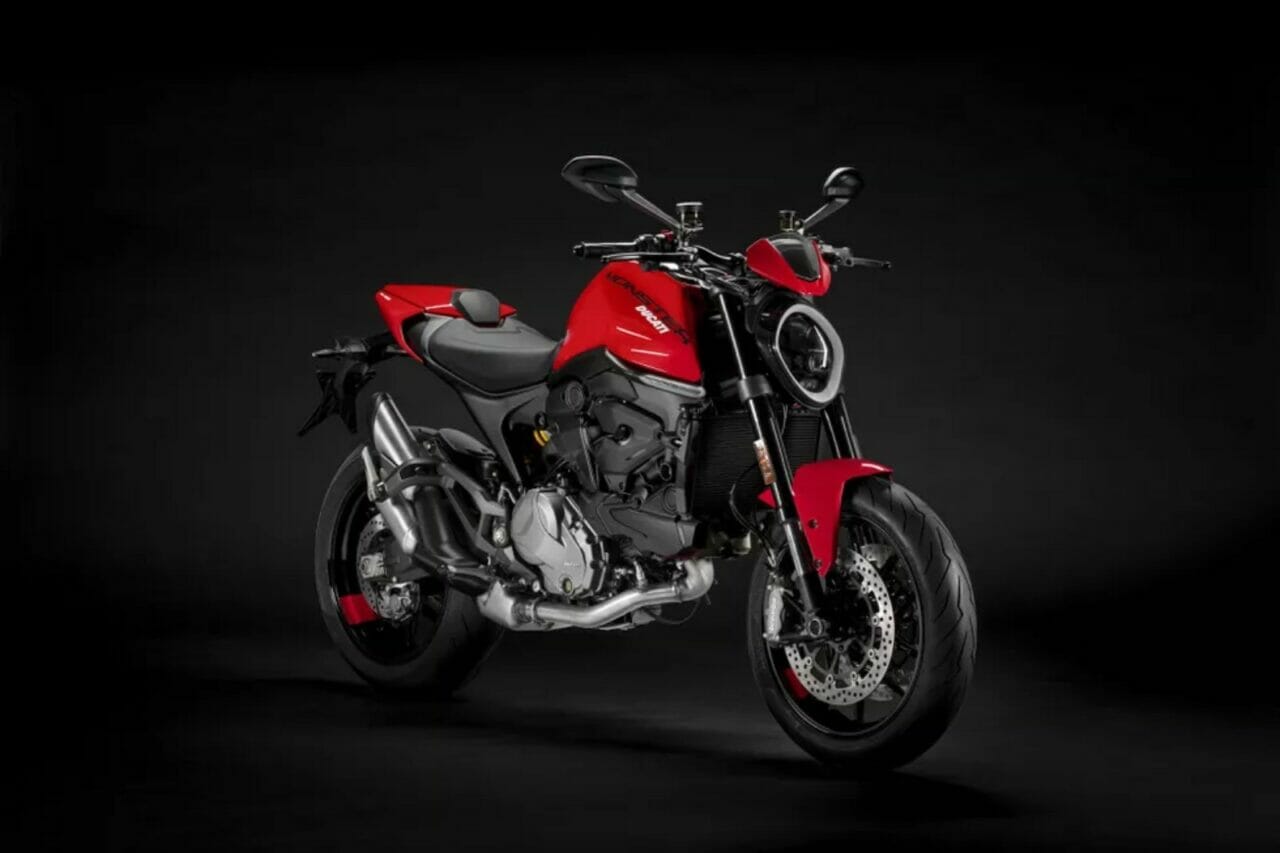 The Ducati Monster is considered to be one of the most iconic naked motorcycles of all time. Round headlamps, trellis frame along with a muscular fuel tank are some of the most easily recognizable traits of the Ducati Monster. Last year, the Italian marque sent the Monster to the operation theatre and blessed the world with a new lighter and more powerful Monster. It is now being reported that Ducati has now commenced the production of the new Monster.

The new Monster will start reaching dealerships in the international markets from April 2021. We can expect Ducati to launch the new Monster in India around the same time. 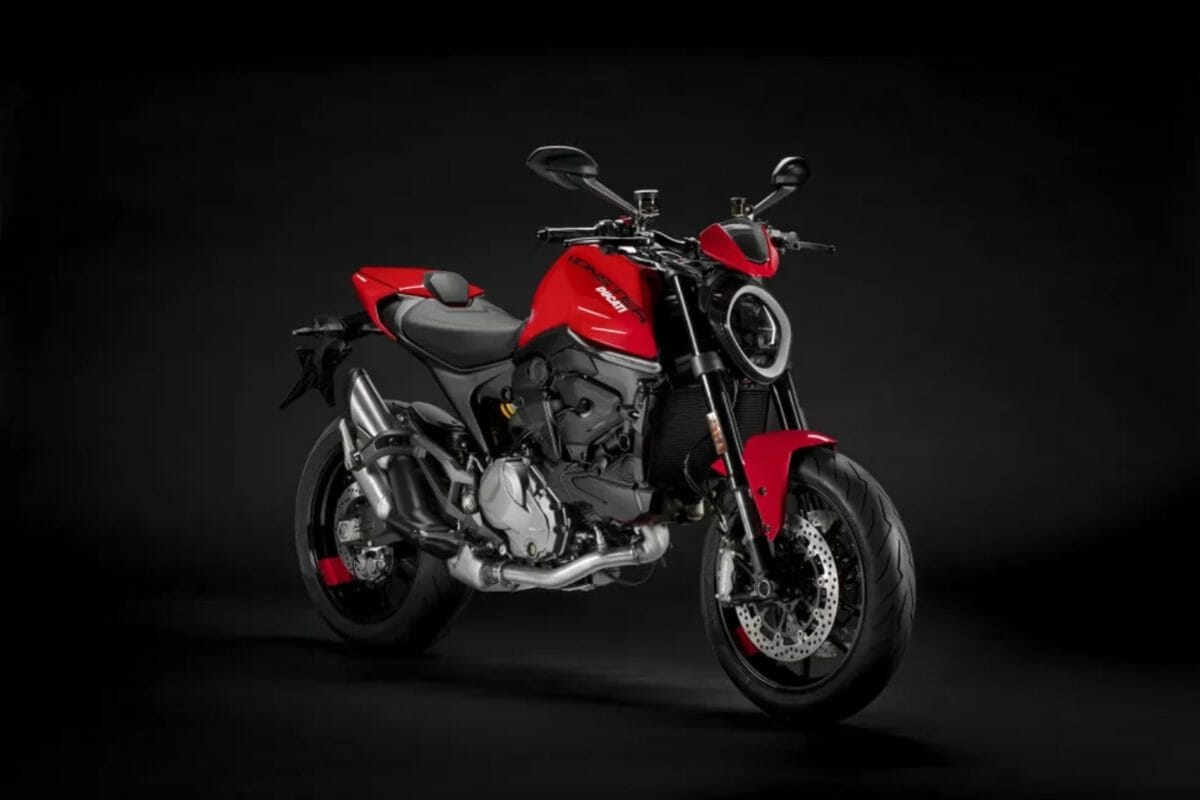 Present during the assembly phase of the 2021 Ducati Monster’s first model was MotoGP riders Pecco Bagnaia (Ducati Lenovo Team), Enea Bastianini and Luca Marini (Esponsorama Racing). They visited the factory for this special occasion and were able to personally observe the birth of the new model.

The engine is one of the biggest star of the show as it is the same unit that we have seen in the Hypermotard and Multistrada 950. The 937cc L-twin Testastretta 11-degree engine is Euro5-compliant and is a significant bump over the 821 unit found on the previous iteration. Despite being bigger in displacement, it is lighter by 2.5 kg! From this new motor, Ducati is extracting out 111 hp at 9250 rpm and 93 Nm at 6500 rpm. The increased displacement makes the torque curve a lot fatter, making the bike even easier to ride. The engine is mated to a new 6-speed gearbox which is accompanied by Ducati Quick Shift Up/Down quickshfiter as standard. 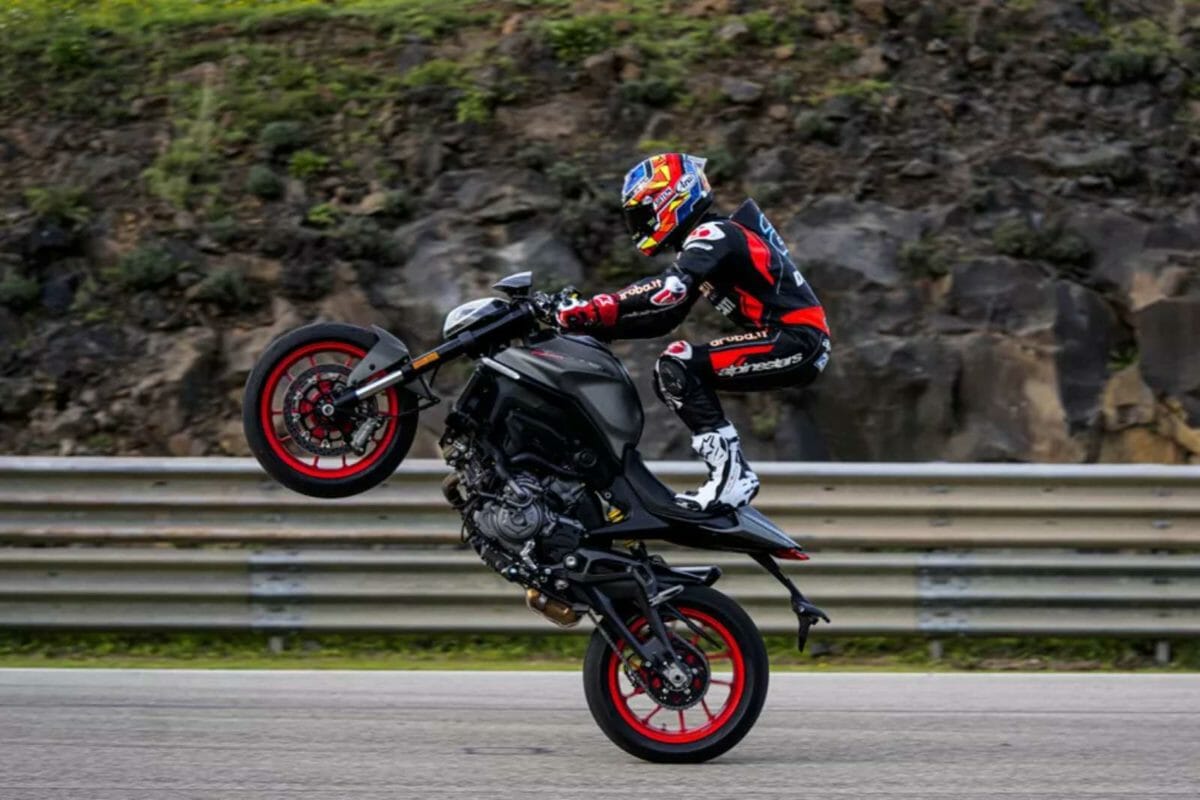 Being a modern-day Ducati, it is filled up to the brim with rider aids. It gets three Riding Modes (Sport, Urban, Touring), Cornering ABS, Traction Control, Wheelie Control – all adjustable to different levels of intervention. And not to forget, launch control as well! The bike also once again gets a colour TFT dash with a very sensible layout that pulls its design from the Streetfighter and the Panigale.

How can we not talk about the looks? The new Monster looks more compact, more modern than before and also, different! Soon after it was unveiled, the internet was abuzz with mixed response from the fans. Some loved the new take at the Monster while some wanted Ducati to retain some of the signature Monster traits like the trellis frame. But we believe that it is a part of evolution and the new Monster is certainly a looker! 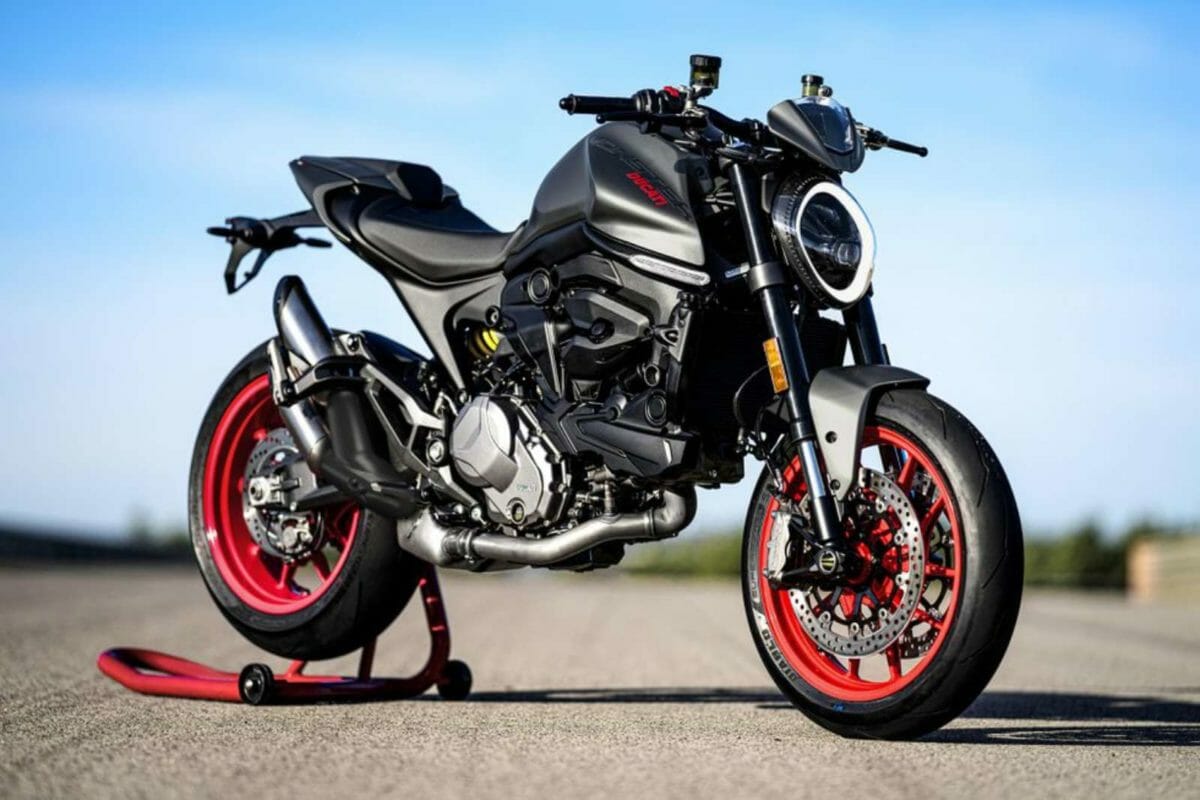 Ducati designed the new Monster from ground up and that shows no matter where you look at it from. There’s a new LED headlamp flanked by oval-shaped DRLs. It looks compact from every angle you look at it, all thanks to its sculpted fuel tank, exposed bend pipes, upswept dual-exhaust, and sporty tail section. 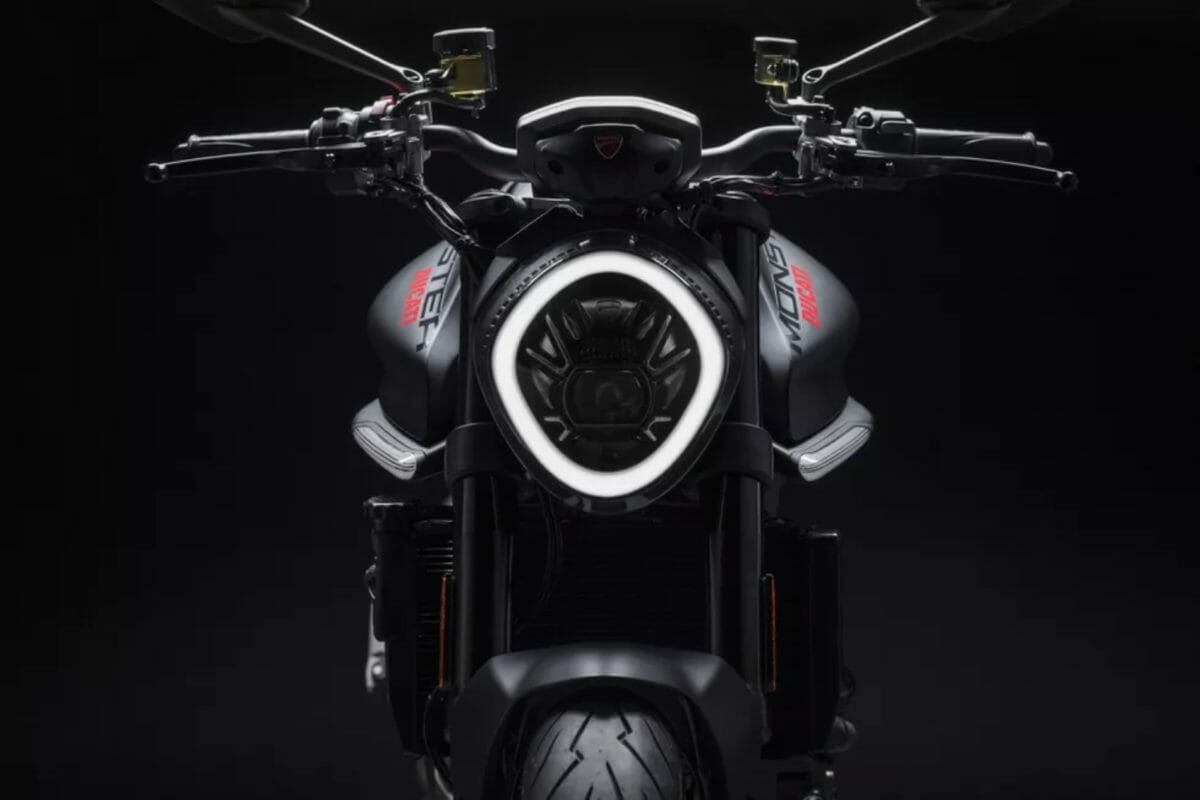 Ducati has paid special attention to the new Monster in the weight department because the model it replaces, was considerably heavier than its rivals. Every element on the motorcycle has been carefully designed to be as lightweight as possible. The most significant change from the Monsters of days is the switch from a steel trellis-style frame to a cast aluminium one. The trellis has long been an iconic part of Ducati’s design language. 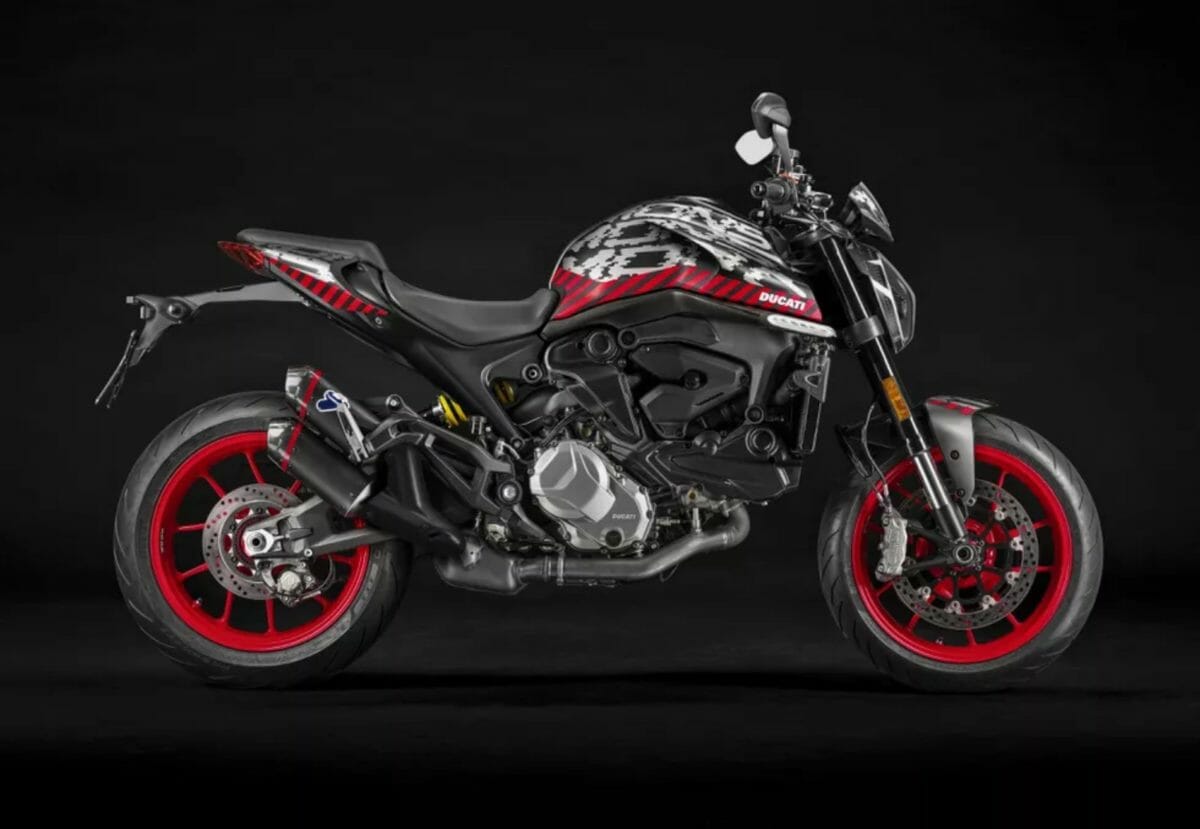 Ducati is going to offer the Monster in standard and Plus trims, the latter of which includes a small flyscreen and a cover for the passenger seat. There will be three colours offered — red (because, duh), matte black and a very lovely shade called aviator grey. There will also be several available decal packages and even prepainted semi-custom body panels available for those who crave bolder styling.