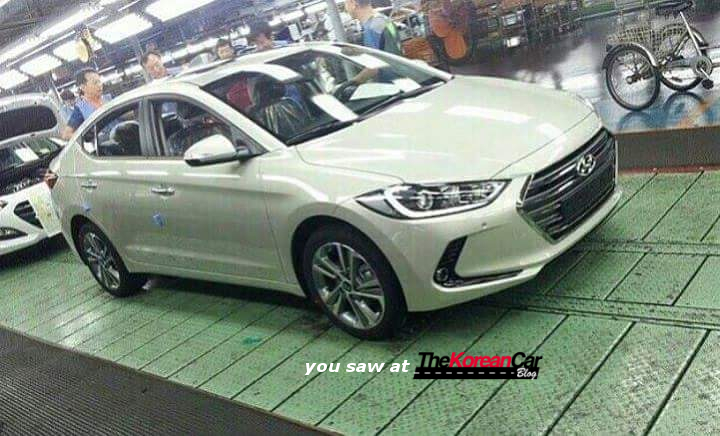 Until now, Hyundai had carefully kept the next-generation, 2017 Hyundai Elantra under wraps, teasing it bit by bit through shadowy sketches and renders (gallery below). Although we loved the teasers, we’re loving these leaked images even more, put up by The Korean Car Blog, which look straight off the production line. Penned by newly appointed Hyundai design boss Peter Schreyer, who has iconic cars like the Audi TT to his name, the new Elantra is a looker. It maintains its predecessor’s familiar silhouette, but this time around, the lines are defined better, while the surfaces get tauter.

The front is characterised by a new, low-set, trapezoidal grille, a feature that appeared on the stunning Vison G concept, as well as the ix35 compact SUV. Five slats highlighted with chrome fill the grill’s void, while the grille itself receives a chrome border. The svelte headlamps bear an uncanny resemblance to the new Jaguar XE, and are jewelled up with L-shaped LED strips. Boomerang shaped elements on either side of the front bumper nestle the diminutive fog lamps. 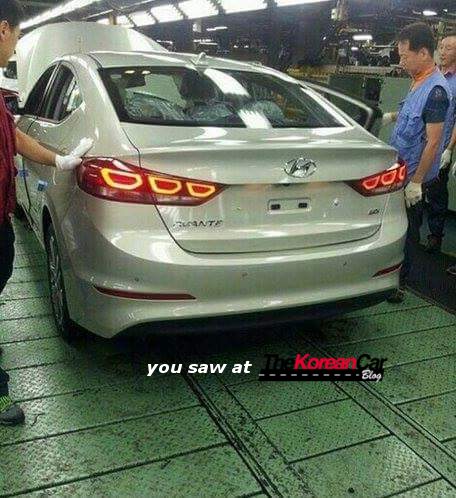 In profile, the new Elantra (Avante in South Korea) will have continue to have a swooping roofline that culminates into a coupe-like rear section, while the well contoured wheel arch flares integrate seamlessly with the bodywork. The rear end is particularly eye-catching, and will feature horizontal, LED tail lamps with graphics that look like an evolution of the Elite i20’s, along with a subtle boot lip spoiler. 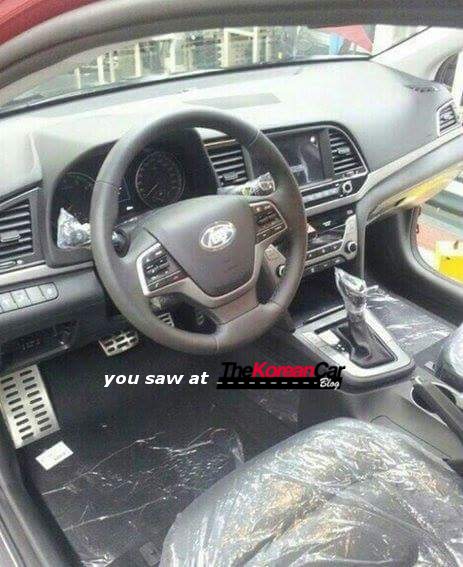 Compared to the exteriors, the interiors are rather conservatively styled, and get an all-black color scheme with dull silver accents. That said, markets like India could benefit from a dual-tone color scheme. The new dashboard can be defined by flowing lines that possesses an understated elegance. The center console is slightly angled towards the driver, and features a probable touchscreen equipped infotainment system. Clear, legible dials fill up the instrument cluster, while the nicely contoured steering wheel is littered with controls. 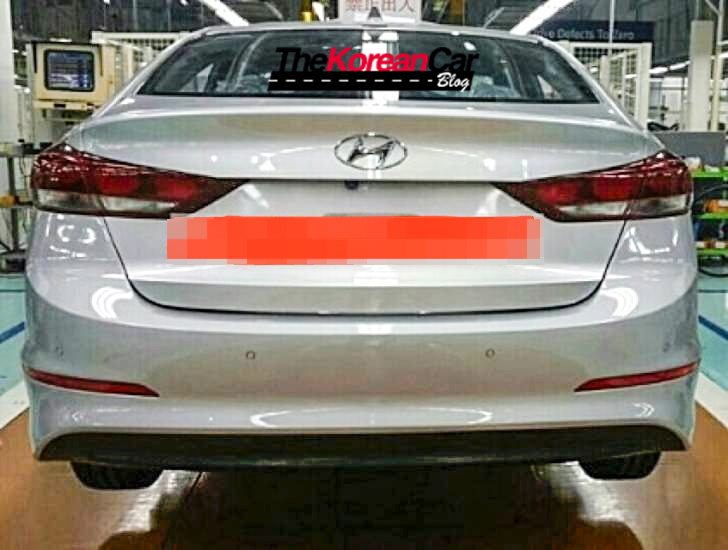 No mechanical details are available right now, but it is expected to be powered by a 1.6-liter T-GDi engine making 175 hp, mated to Hyundai’s new seven-speed dual-clutch gearbox. A global unveiling will happen either at the Frankfurt Auto Show in September or at the Los Angeles Auto Show in November. Details about its Indian entry will come thereafter. Stay tuned!