The next-gen Volkswagen Tiguan has been rendered and gives us a fair idea of the upcoming compact SUV. The 2016 model of this car is slated to make its public debut at the 2015 Frankfurt Motor Show. The Tiguan came to life in 2007 and its name came into being by joining the names of two very different animals together – Tiger and Iguana. 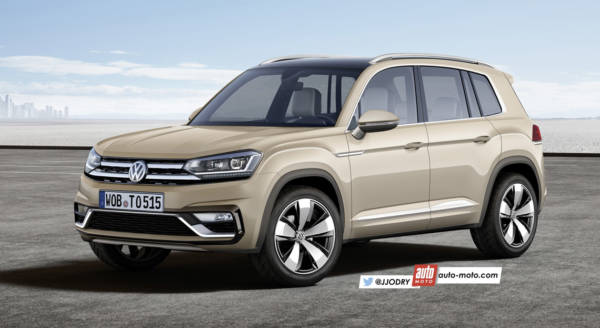 The rendered image shows that ze Germans have gone for a boxy and upright stance for the 2016 Tiguan. The front fascia gets thick chrome-garnished dual slats for the front grille. These horizontal slats merge neatly into the headlight cluster. The headlights get a double barrel layout with projector lamps and a strip of LEDs (presumably for the DRLs) at the bottom. The bumper has been revised and gets a large opening for the air dam which also gets chrome embellishment and rectangular foglights.

The side profile reveals prominent bulges for the wheel arches which add to the muscular appeal of this SUV. The ORVMs get integrated LED turn indicators and there’s a roof-mounted spoiler at the back. For the model year 2016, the Tiguan will be based on the next-gen MQB modular platform. This platform will help the compact SUV shed some mass, thus aiding the performance and fuel economy. The cabin of the 2016 Volkswagen Tiguan will also see several improvements over the outgoing model. Some of the features in the new model are automatic climate control, 3-spoke flat-bottom steering wheel, infotainment system with GPS navigation, leather upholstery and steering-mounted controls for the audio and Bluetooth telephony system etc. 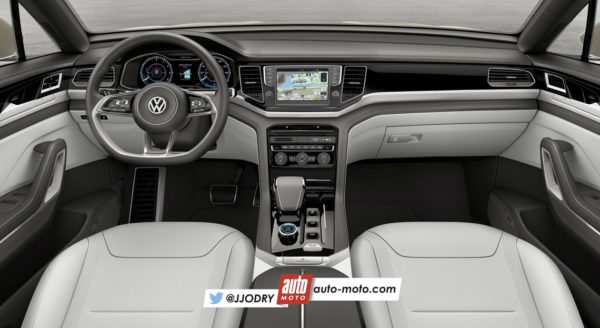 Under the bonnet, the 2016 Volkswagen Tiguan will only get four-pot petrol (TSI) and diesel (TDI) engines. These engines will be married to either a manual or double-clutch DSG transmission. Depending on the variant, the drivetrain will send its power to either the front or all four wheels in the models equipped with the 4MOTION all-wheel drive system. Since its introduction, the Tiguan has been sold exclusively as a 5-seater. However, it is rumoured that the new car could come in a 7-seater configuration for the first time. Volkswagen will likely bring the 2016 Tiguan to India somewhere in 2017.

Let us know what you think of this new model of the Tiguan in the comments section below.