The Triumph Speedmaster is one of the most loved bikes in the west. Initially based on the foundations of the Bonneville T120R back in the 1960s, the Speedmaster quickly grew in popularity amongst bikers who loved their machine to have that ethical design language along with impeccable durability. Later on, the Speedmaster was continued to be built as a ‘factory custom’ on the skeleton of the Bonneville America before being permanently discontinued back in 2015 as a result of failing to be compliant with the strict Euro-IV emissions norms. Triumph though, haven’t really given up on the Speedmaster yet. In a teaser posted on Twitter as well as in a brief video, Triumph has created a new hype for their all-new Speedmaster.

You May Like – Triumph Bonneville Bobber Review: Moving Sculpture 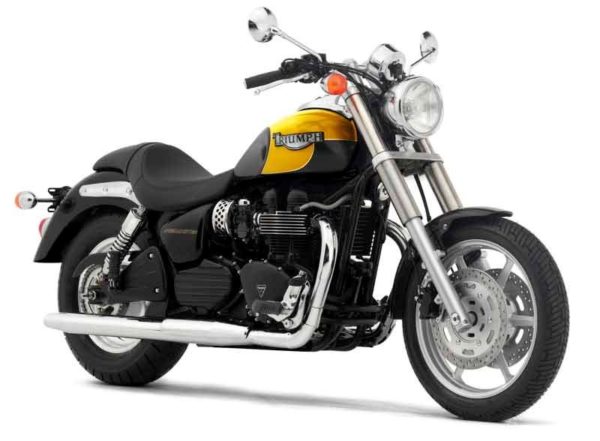 Triumph Motorcycles Ltd are all set to announce some major changes and offerings in the first week of October. The announcements will include the new visitors center attached to their factory to provide a much more personal experience for their customers. Expect a bunch of new bikes to be also unveiled, one of which will be the new Bonneville based Speedmaster. Specific details regarding the performance parameters of the upcoming Speedmaster are scarcely known, but we do expect it to sport the traditional Bobber-based cruiser.

The teaser succeeds in concealing all the intricate details of the Speedmaster. A newly designed subframe for the Speedmaster adds the perfect placement for a pillion seat as well as a luggage carrier positioned at the back and a reworked rear fender. Following the design language of the previous Speedmaster, the all-new Speedmaster will sport a deeper scooped rider’s seat with a forward-set footpeg position. A 1200cc High Torque motor is expected to power the upcoming Speedmaster along with the other bikes present in Bonneville line-up.

As a potential challenger to the Harley-Davidson Street Bob, we expect the Speedmaster to hopefully launch in India following its international debut. Prices should range from INR 11-12 lakh for the Triumph Speedmaster.