Home News i10 rivaling VW Up! to break cover in August 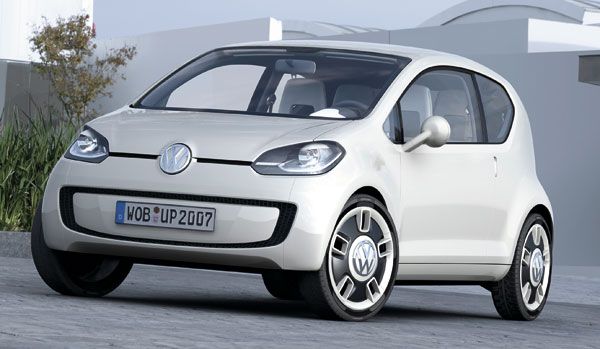 VW Up! which started its life as VW’s attempt at making its lowest cost vehicle for the developing world seems to be ready to hit the roads. The Up! will have major bearings for the German carmaker in the Indian market once its revealed in August. The Up! was initially meant to be a rear engine, RWD car, and was VW’s shot at re-inventing the people’s car while being consistent with the Beetle’s pedigree. However, engineering a small car from the scratch would have taken the costs up substantially, and the Up! was eventually designed to be a FWD machine.

The Up! will be revealed by VW at the Paris Grand Palais in August. The Up! will be the cheapest car model in VW’s global lineup, and will give it a solid tool to take the fight to the volume warriors in developing nations. This would help VW a great deal in realizing its dream of becoming the No.1 carmaker in the world in the coming years.

For India, the Up! or the new Lupo will compete against the i10s and the Wagon Rs of the world. The new VW small car is expected to be powered by the same 1.2 –liter petrol and diesel engines which power the Polo as of now. Alternatively the German carmaker may develop a small 1.0-liter three cylinder diesel mill for enhance fuel efficiency, reduce costs and present the Up! as an extremely efficient city car.

The Up! platform will lend itself to Skoda and Seat as well both of which are VW Group companies. Skoda’s sub-Fabia Youngster and Seat’s Arosa will be underpinned by the Up’s platform. Later the flexible platform will spawn a small sedan and an MPV variant too. Each of these models, when in production will play a pivotal role in increasing volumes for the German carmaker.