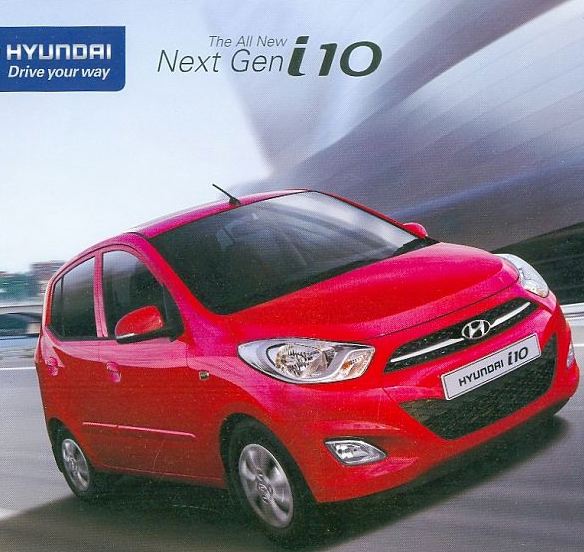 Hyundai Motor India Ltd’s (HMIL) new TV commercial for the Next Gen i10 featuring Bollywood superstar Shah Rukh Khan went on air yesterday. Khan is supported by Manajari Phadnis who plays the female lead in the commercial. The TVC is built around the theme of, “The World is on your side when you drive an i10,” — the film unfolds to show how “good things” happen to Khan as soon as he gets into an i10.

Announcing the launch of the new television commercial, Mr. Arvind Saxena, Director Marketing and Sales, HMIL, said, “The i10 has been one of our most successful cars, with the new commercial we want to reiterate the message that the i10 continues to be a preferred choice with competition nowhere close to it in styling, features or mileage.”

The storyline revolves around the “good” things that the i10 brings to its owners. As Khan starts driving the car, he gets great company in the form of Manjari next to him. And the weather that was looking ominous also begins to turn sunny as he drives along. The whole theme has been explained with the help of a device that is a — “benevolent imaginary hand” this hand makes Khan’s luck turn good. The commercial depicts how the i10 becomes a means of acquiring a life that is brilliant.